END_OF_DOCUMENT_TOKEN_TO_BE_REPLACED

Felt band-aids?  Why the heck not!?  Okay, so the idea of toy band-aids may seem a little weird, but when I gave these to Leah she LOVED them and was super excited to put them on all her stuffed animals.  There is something about kids and band-aids that just can’t be explained.  So I’m just going to run with it and give you a tutorial for how to make band-aids out of felt. 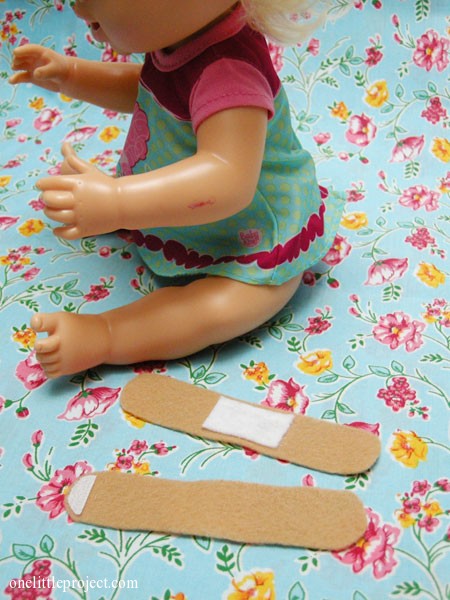 See that scratch (also known as a manufacturing defect, or poor quality control) on Baby Alive’s arm in the photo above?  That’s where I got the idea to make my own band-aids.  Poor Baby Alive looks injured, so why not just make her a band-aid, and turn the flaw into something fun!?

How to make band-aids out of felt

It’s really easy to make felt band-aids, and takes about 5 minutes to make a whole first aid kit full.  You just need a small scrap of the scratchy side of self adhesive velcro, some light brown, band-aid coloured felt and a scrap of white felt.  If you want to do fun band-aids, I’m sure funky patterned felt would turn out pretty well too! 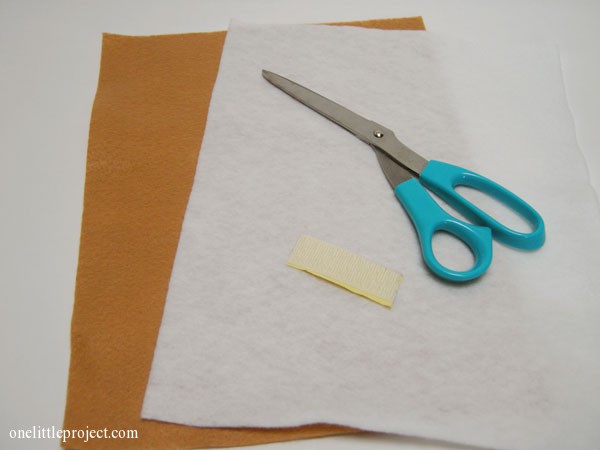 Cut out a strip of felt, a little wider than a regular band-aid: 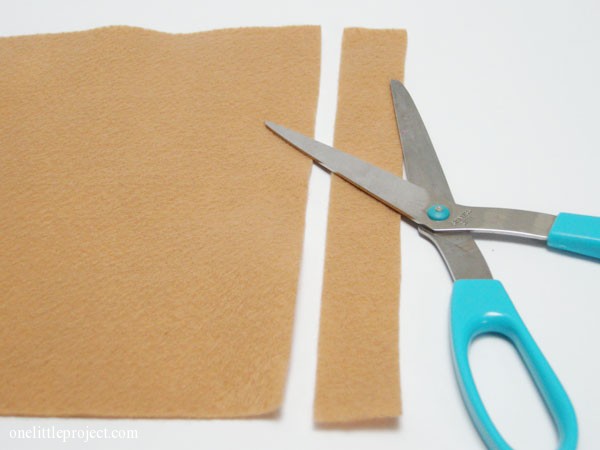 Cut the strip in half so you have two band-aids: 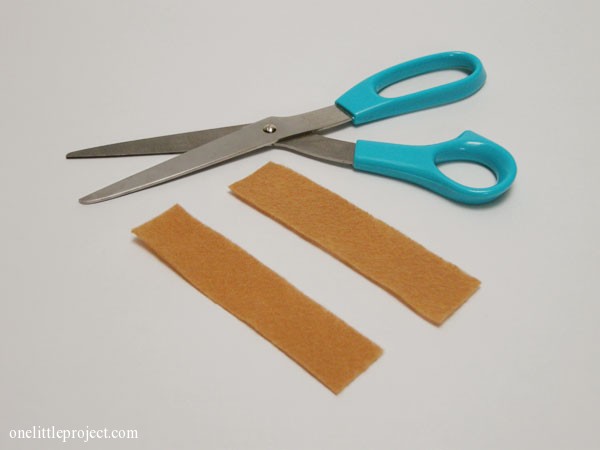 Cut the corners into rounded edges: 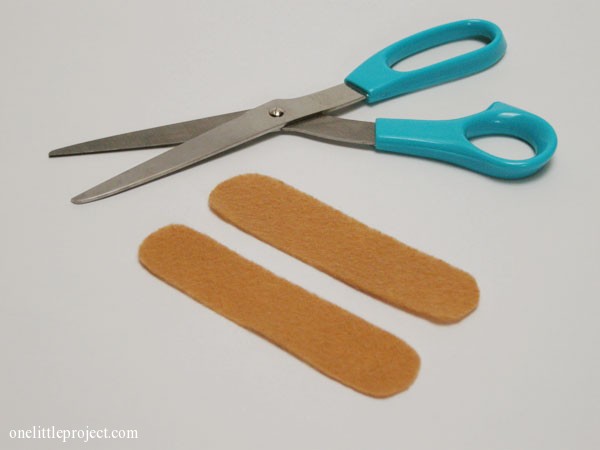 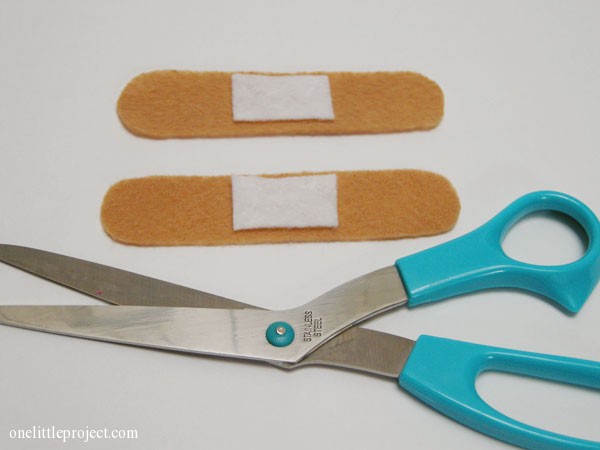 Cover the white felt with hot glue from the glue gun: 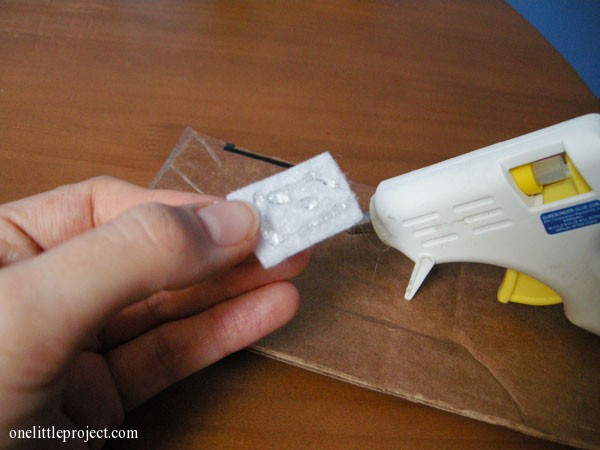 Press it onto the brown felt: 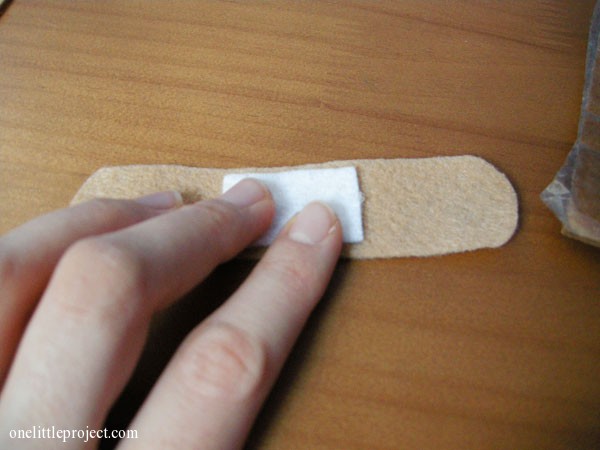 Cut out two small pieces of the scratchy side of velcro and round the corners slightly: 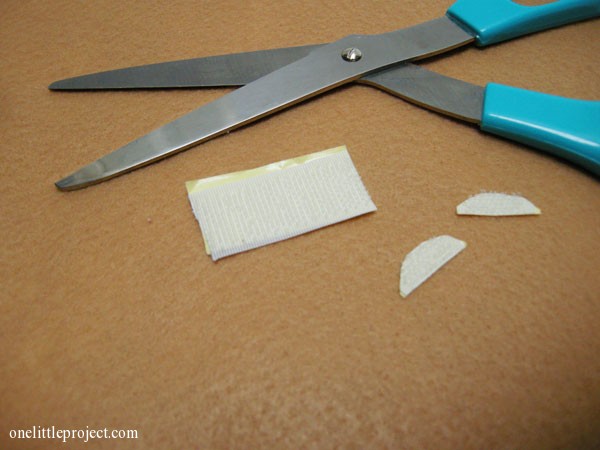 Stick them to the side of the band-aid that does not have the white felt.  The velcro sticks surprisingly well to the felt, so you don’t need to attach the soft side of the velcro. 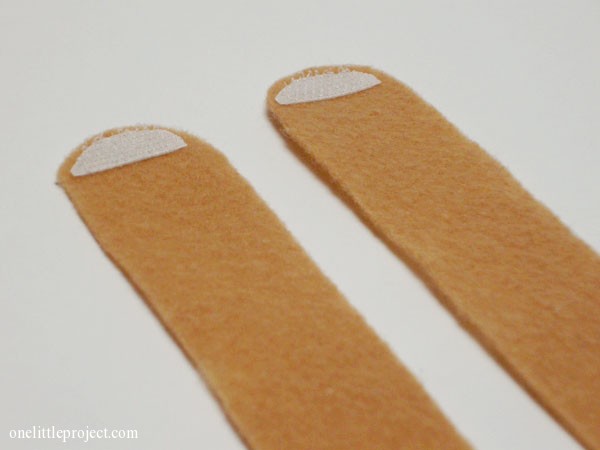 And that’s it!  How cute would this be if I had had time to cut out a white cross to put on the box and make it into an actual first aid kid? 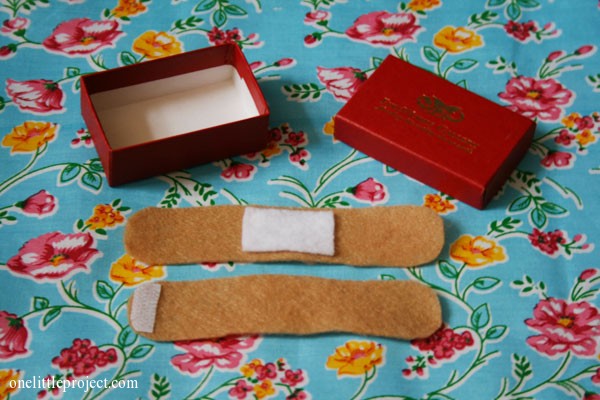 So, before the felt band-aids here is the “owie” on Baby Alive’s arm: 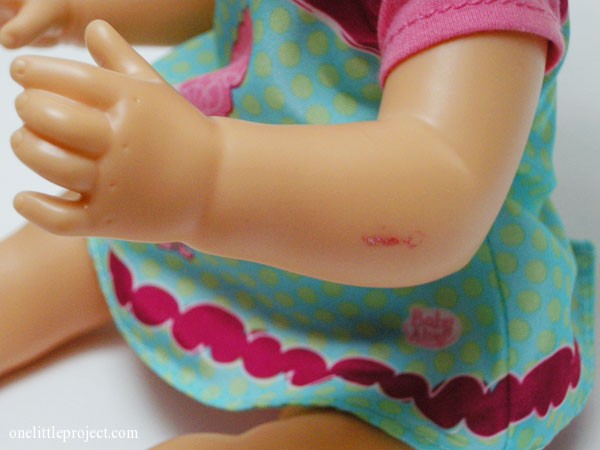 And here is her arm covered up with a homemade band-aid: 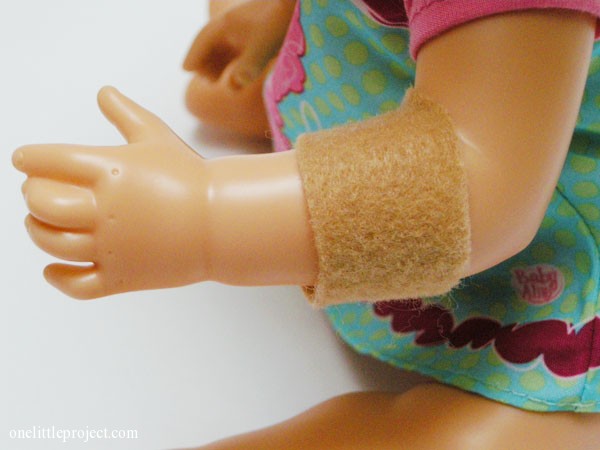 These also fit several of her other stuffed animals: 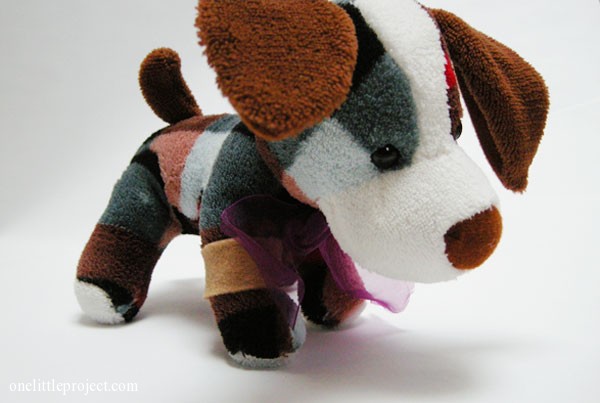 And they even fit her little wrist, although she couldn’t get it on by herself: 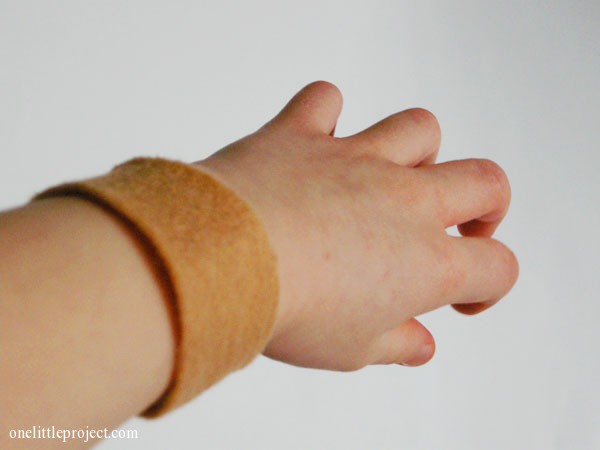 Crazy the things kids like sometimes, but hey, if it’s super quick to make and if it makes her happy, then I have no problem with her playing with these!

END_OF_DOCUMENT_TOKEN_TO_BE_REPLACED
Filed Under: Just for Kids, Kids Crafts and Activities, You Make It, They Use It Tagged With: Baby Alive, Doll accessories, Early Post
Love to cook, bake, craft, create?