END_OF_DOCUMENT_TOKEN_TO_BE_REPLACED

These jack-o-lantern cheese quesadillas are such a fun idea for Halloween! They’re super easy (and I mean reeeeeally easy) to make, and you can make them SO FUN! You can even get the kids to help “carve” faces into their own tortillas. Kids love eating things they get to help with!

My kids seem to dislike anything that has… well… flavour. Yes. That about sums it up. I’m waiting for them to grow out of this picky eating stage. Me? I love quesadillas. Refried beans? Chicken? Green onions? Guacamole? Yum! Load them up!

But if I put a delicious, loaded up quesadilla in front of my kids, my middle daughter will take one look at it and say, “I don’t like that!” And she’ll push it away. The other two kids may not say anything, but I know they’re thinking the same thing. (It’s obvious from the raised eyebrows and the looks of horror on their faces.) My boring little eaters.

I had written off quesadillas for my kids until we discovered that you can make them without anything in them but cheese. CHEESE! And my kids actually eat them! You can absolutely load up these quesadillas however you like, but if you have picky little eaters like I do, feel free to embrace the cheese and make your family some adorable jack-o-lantern cheese quesadillas!

I saw the idea for jack-o-lantern cheese quesadillas over at Florassippi Girl. She added an extra ingredients to hers – which of course my kids won’t go near! But they look delicious, so you should definitely check hers out!

That’s it! Two ingredients! It doesn’t get much simpler than that. I like to use marble cheese in our cheese quesadillas, but you can also use cheddar.

Heck, if you want to make pizza quesadillas, you could add a little bit of pizza sauce with mozzarella on top. Whatever you and your family enjoy is fair game here! 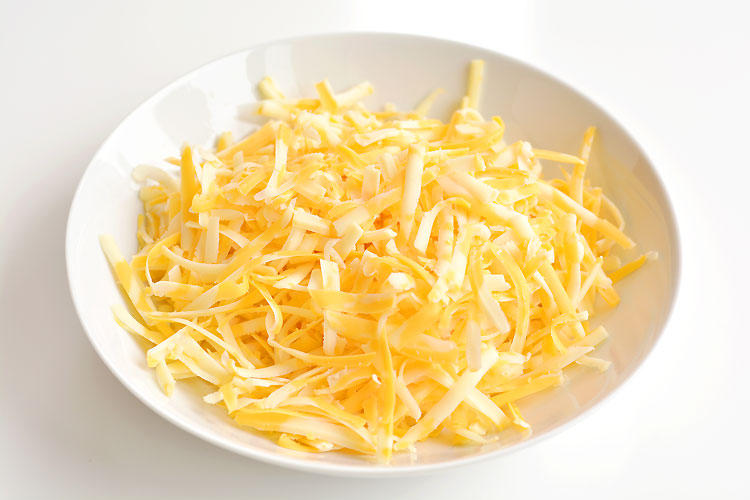 Start by cutting out a “pumpkin stem” from 2 flour tortillas. Stack the tortillas on top of each other when you cut. (You’ll need 2 tortillas for each quesadilla).

You don’t have to cut off much – I love that there isn’t much waste! I was really hungry when I made these, so I just ate the extra pieces. 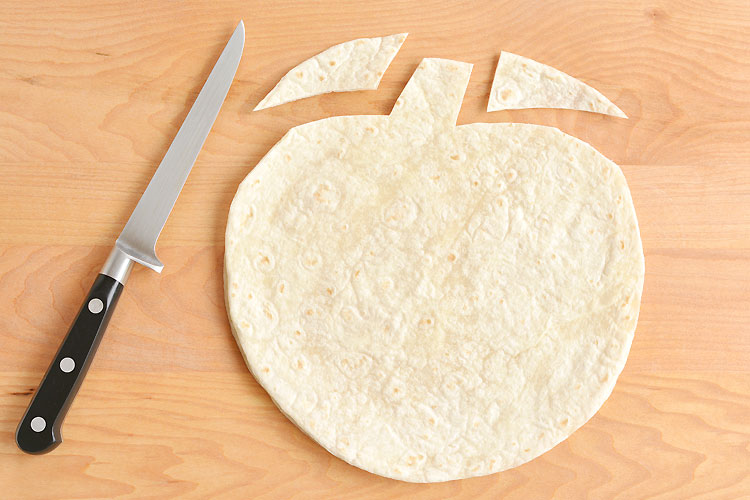 Next cut out your jack-o-lantern’s face into ONE tortilla (set the other piece aside).

You can cut it freehanded for sure, but somehow the pressure of carving nice looking pumpkin faces stresses me out. So I ended up copying the faces I drew on my Candy Filled Balloon Pumpkins that I made a couple years ago. I used a toothpick to sort of “draw” on the tortilla before I cut it. 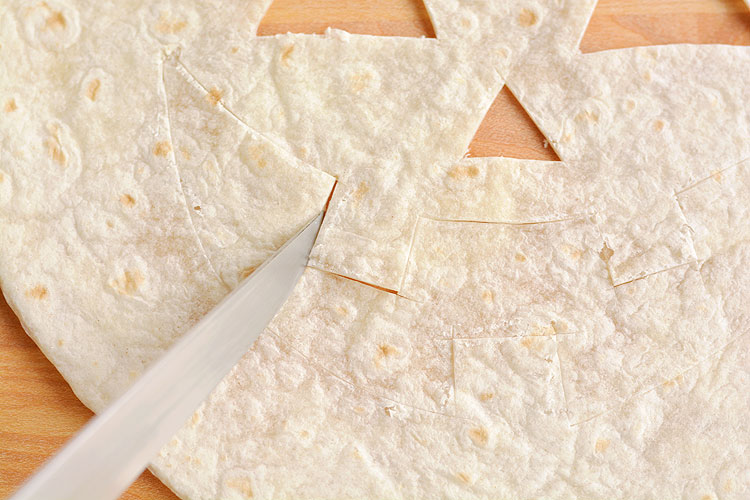 I used a regular kitchen knife to carve out the faces.

Remove the pieces from the flour tortilla, and you’re ready to assemble your quesadilla! 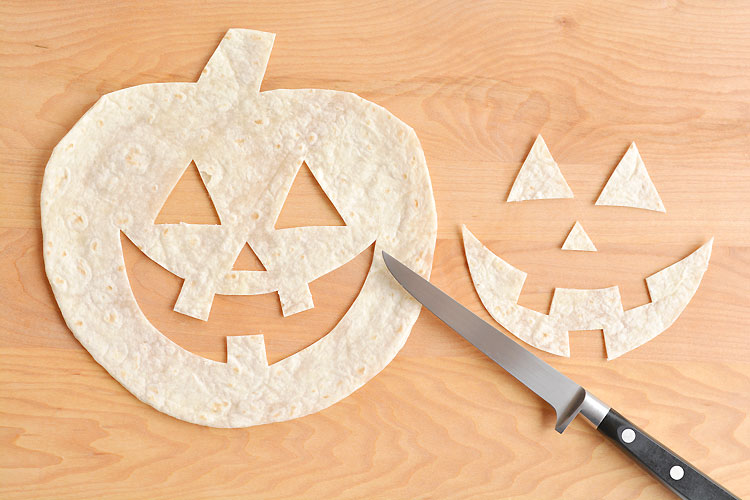 We used cheese and only cheese on our jack-o-lantern cheese quesadillas. Add the cheese on top of the tortilla piece that does NOT have the face cut into it.

If your family is more adventurous than my (boring) kids, you can spread refried beans on the tortilla first. Then add some chicken, green onion and finally the cheese. And of course serve it with sour cream, salsa and guacamole. 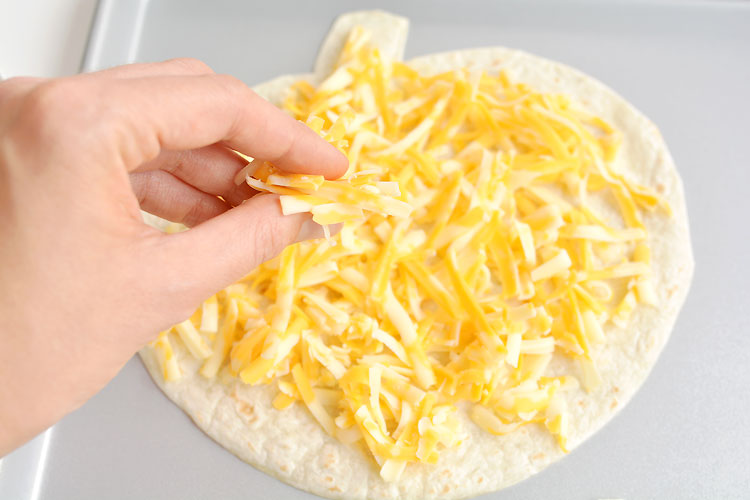 But not in this house. CHEESE and only cheese it is! 😉 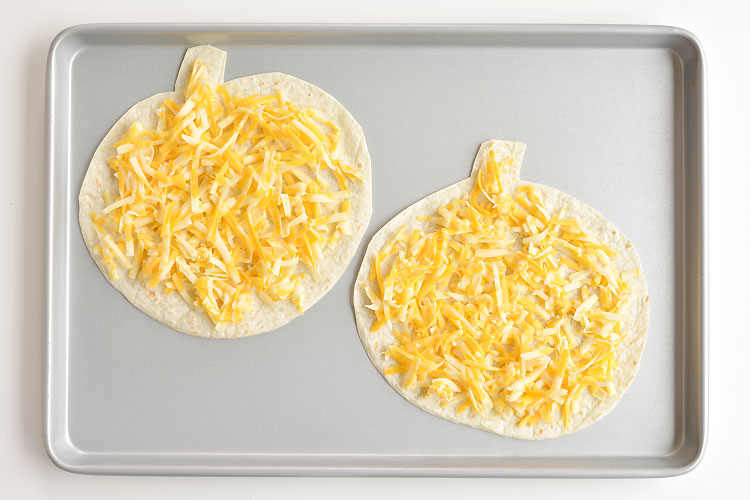 Add your faces on top and voila! 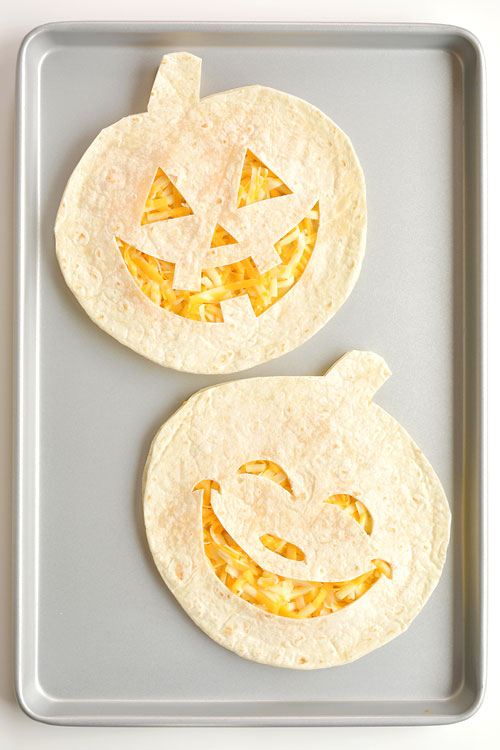 I throw them into the oven at this point. You can brush them with oil or butter if you really like, but I find that it just isn’t necessary. When the cheese melts it releases some grease which makes the tortillas plenty crispy. 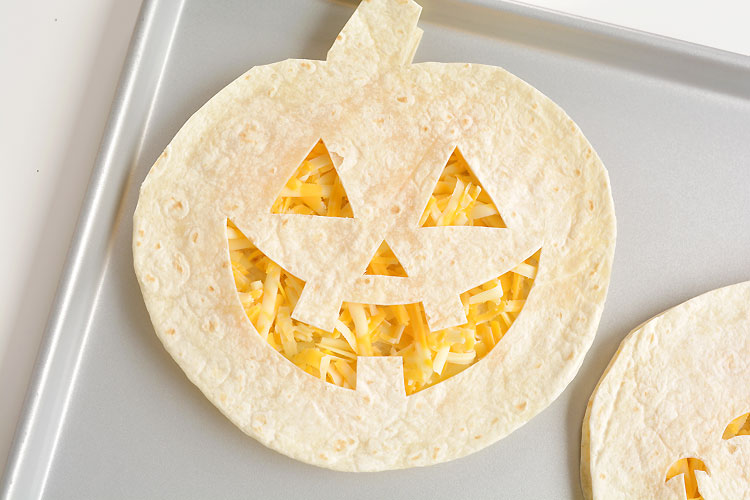 Bake them at 400F for about 10 minutes until the cheese is melted and the tortillas are slightly golden around the edges.

This is a go-to lunch around our house. My kids eat them plain, but I like to “dress them up” by dipping them in sour cream and salsa. They’re simple but surprisingly delicious! 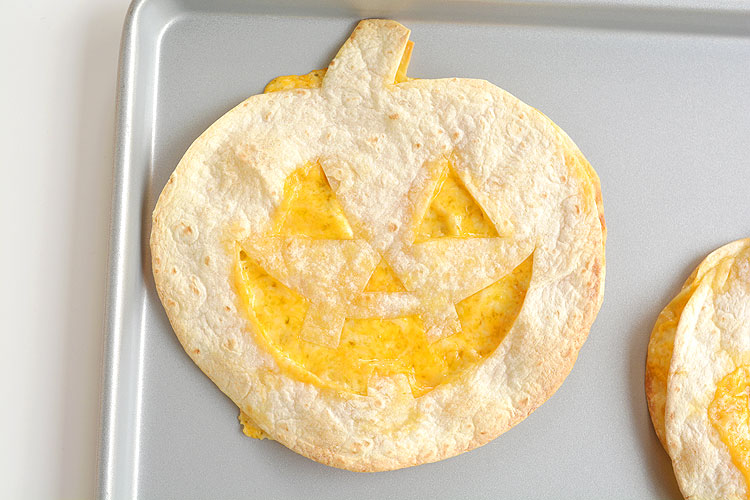 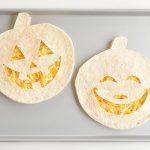 They're such a fun Halloween food idea and would be great as a Halloween dinner!
Prep Time5 mins
Cook Time10 mins
Total Time15 mins 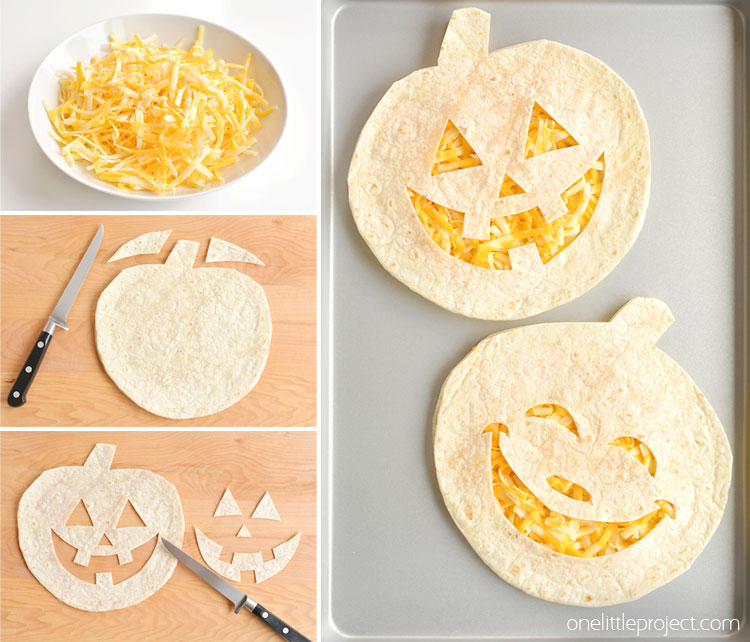 These super easy jack-o-lantern cheese quesadillas are SO FUN and so simple to make! They’re such a fun Halloween food idea and would be great as a Halloween dinner! Not to mention they’re fantastic for picky eaters! My kids love them!

If you need a little bit of jack-o-lantern face inspiration (or if you’re looking for another super fun Halloween idea), check out our Candy Filled Balloon Pumpkins. These are such a simple and awesome favour idea for a Halloween party! 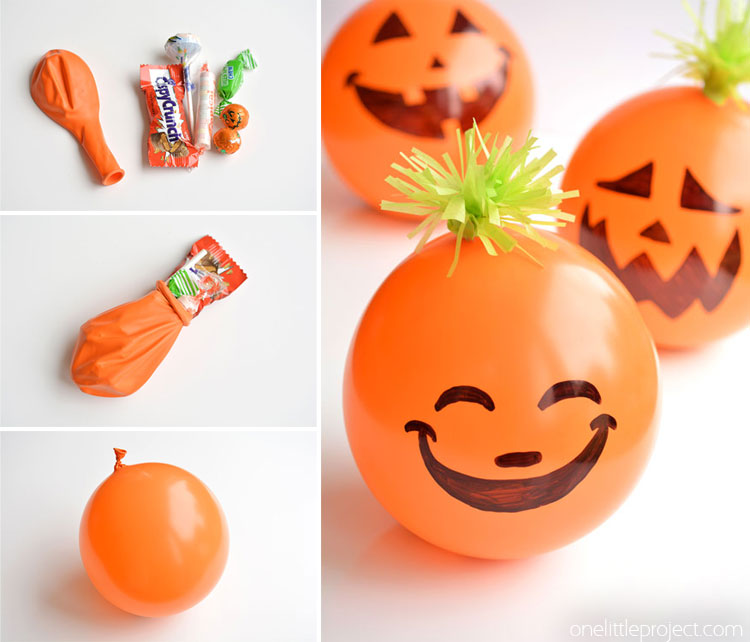