END_OF_DOCUMENT_TOKEN_TO_BE_REPLACED

With the painter coming tomorrow, we had to prep Leah’s room, so that meant taking down the wallpaper border.  I’m sorry wallpaper border, I’m sure you were nice in 1992 when you were put up, but you are looking a little dated.  Eek!

I was a little nervous for how this was going to go.  I’ve heard lots of stories for how much work it is to take wallpaper down but this went surprisingly well.  When my mother-in-law was visiting over Christmas she noticed our “Steam Boss” up on the shelf in our laundry room.   She said that was all we needed to remove the wallpaper borders in our house.  Really?  I didn’t know it was that easy?  I thought it was going to involve some kind of chemical solution, but this is really all it took! 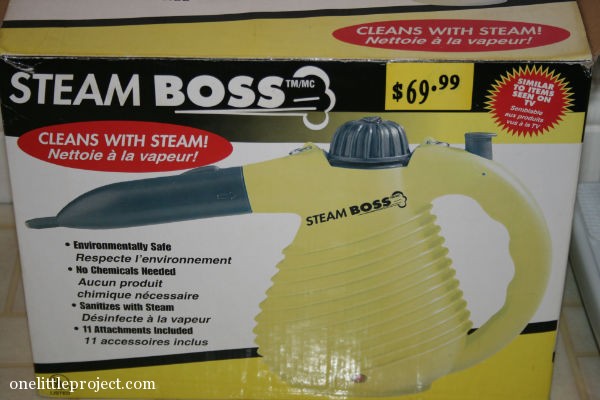 I had never used this Steam Boss contraption before.  Jason had it before we even met so I’m not sure when or why he bought it.  I did a quick google search and it doesn’t seem to be available anymore, but any kind of steamer that lets out steam at the end will work.  Look at it go: 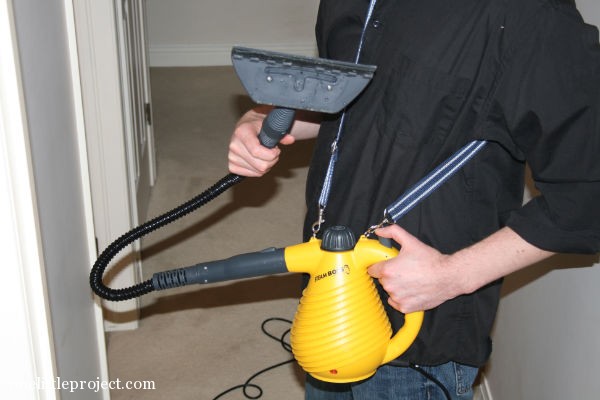 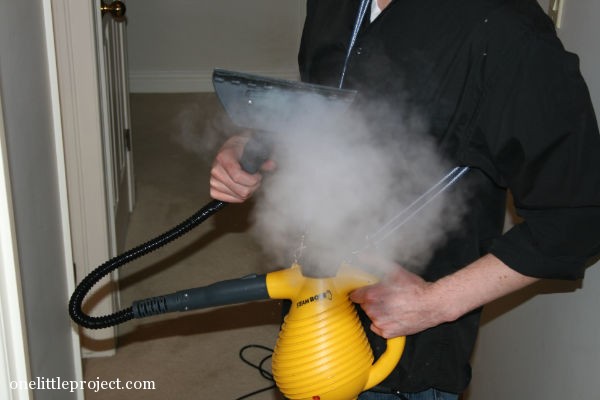 Jason set up the ladder and he went to work.  I definitely could have done this myself, but the kids were being difficult, so I got the fun job of watching them instead.  I’m not sure which one of us had the better job!

How to remove a wallpaper border

Start by finding the edge of the wallpaper border.  Ours was just above the door.  Release some steam over top of the border, a few feet at a time.  Use a scraper to help peel up the end to get you started.  Pull back the wallpaper border as far as you have steamed.  You’ll probably have some paper and glue residue leftover in places. 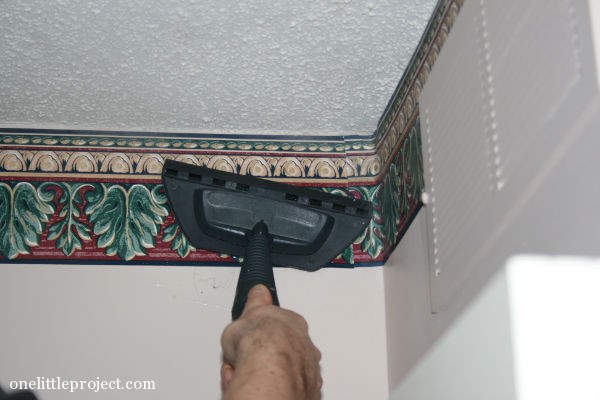 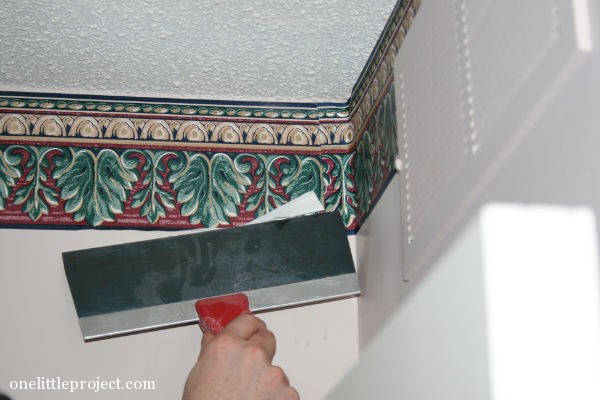 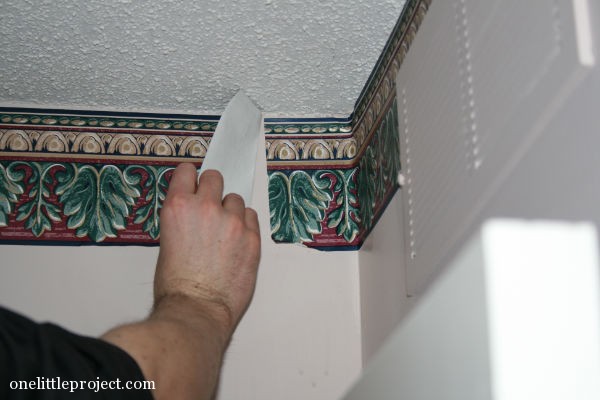 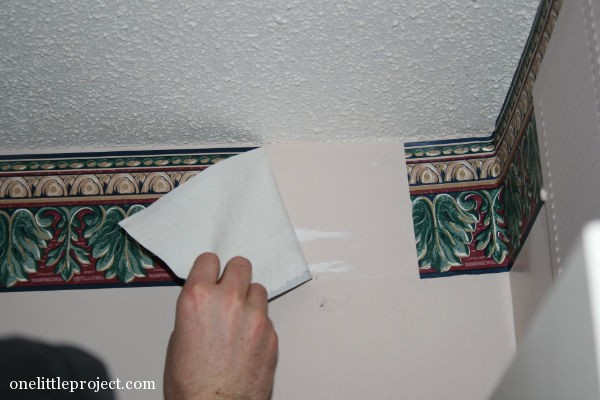 Continue steaming a few feet at a time and pulling down the border as you go.  Make sure you have a towel handy because there will be a little bit of dripping down the wall. 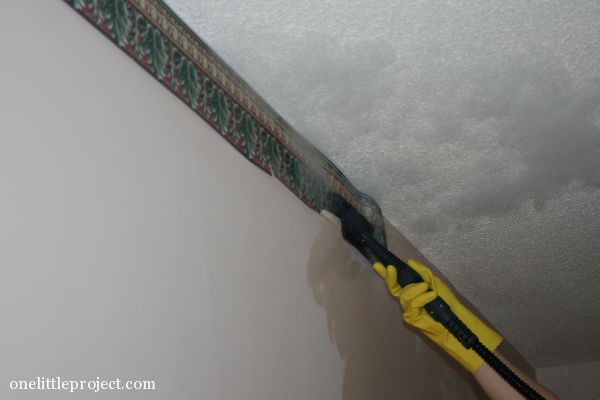 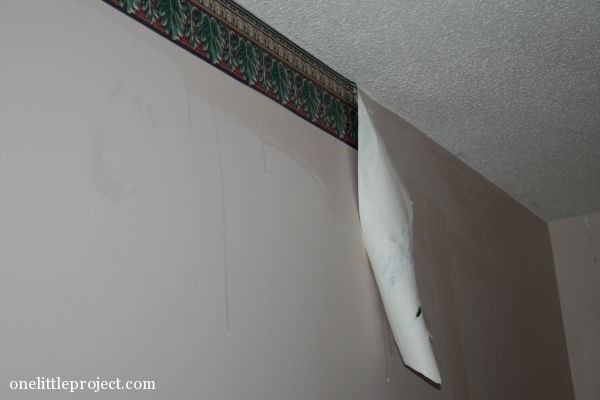 To remove the paper residue, use a wet towel or cloth, get the paper relatively wet and then scrub or scrape it off. 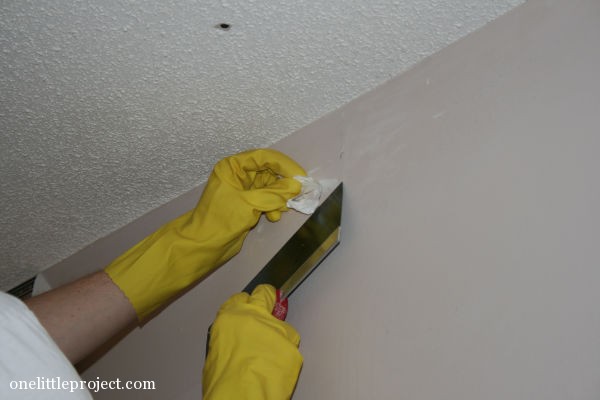 To remove the glue residue, use a not-quite-wet cloth (as in not wet, but a little wetter than damp if that makes sense) and wipe or scrub it off where needed. 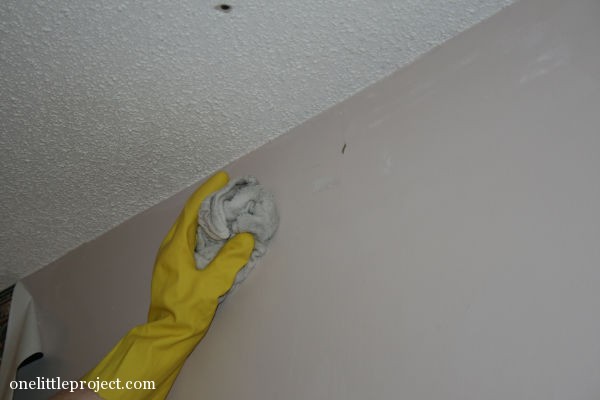 Continue all the way around the room until you are done.  Our border came down really easily and didn’t require very much effort to get the residue off.  Here are the before and after shots: 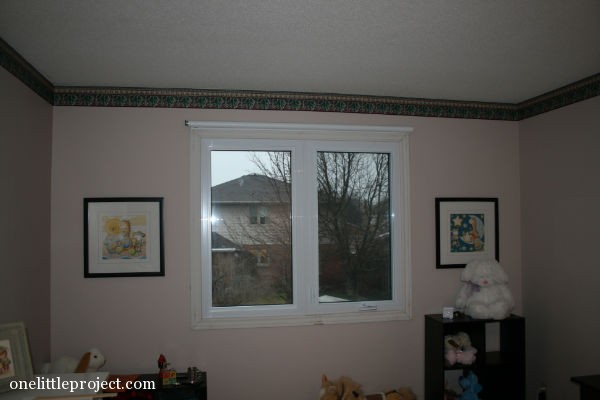 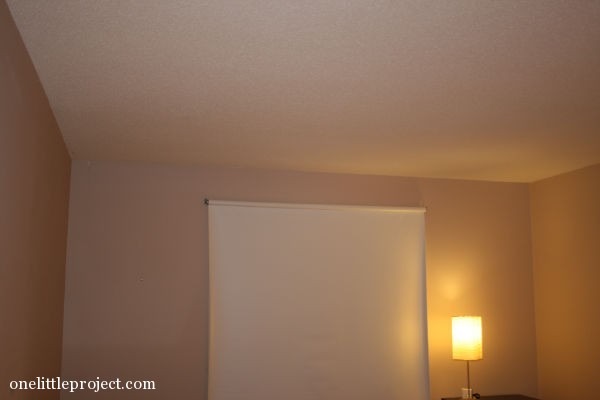 I had to snap the after shot just before Leah hopped into bed, so the shade has been pulled down.

Also note, that it did make a bit of a mess on the floor with the little bits of paper that fell down, so I’d recommend moving as much furniture out of the way as you can.

All in all it took Jason about 1 hour and 20 minutes to remove the border from the entire room, and now you really can’t even tell it was ever there! 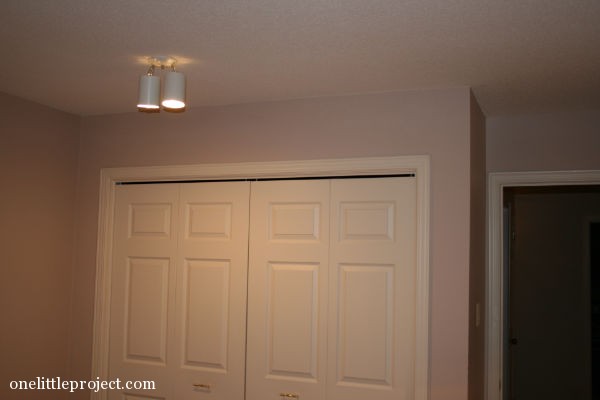 Tip from our painter:

Before painting Leah’s room, the painter took a look at the wallpaper border and said it didn’t actually need to be removed.  He said sometimes they are glued on so well that it will take hours of hard work to get them down.  In those cases, he suggested putting a skim coat of drywall compound over top of the border and just painting over it.  Not the best way to do it, but it could be very helpful as a last resort.