END_OF_DOCUMENT_TOKEN_TO_BE_REPLACED

Don’t you hate it when your favourite shirt gets a big, obvious grease stain right in the middle of it?  I’m not sure what I’ve been doing lately, but I have stained two of my favourite sweaters pretty much in exactly the same spots. 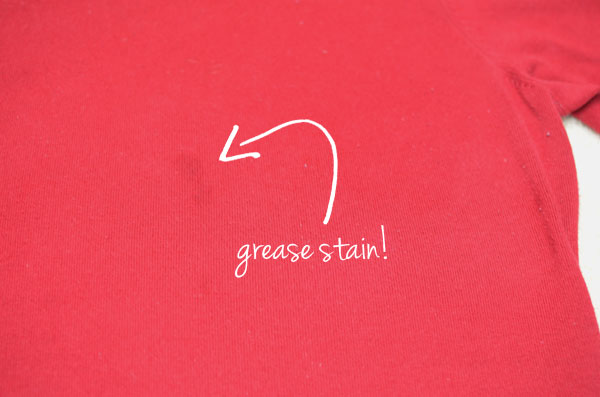 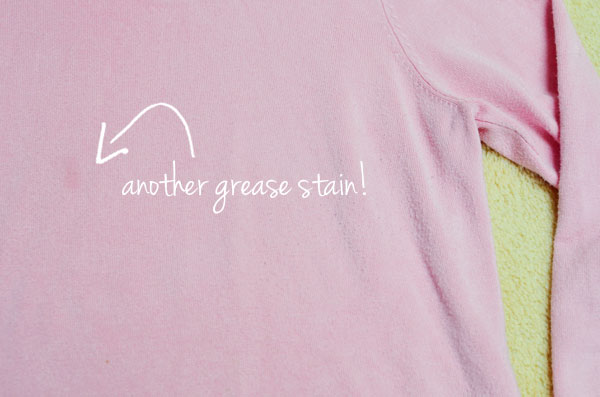 I didn’t know how to get grease stains out of clothes, so I tried running them through the wash a few times but I had no luck.  I wrote them off as clothes that I could only wear around the house, until I came across an image on Pinterest that suggested using chalk to get out the grease stain. 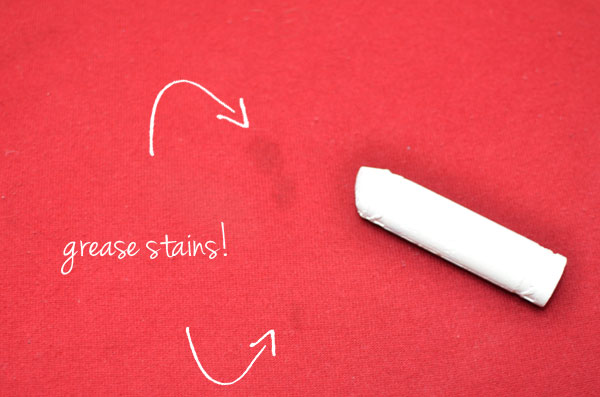 I don’t have any chalk, but with an almost 3 year old running around the house, I do have tons of sidewalk chalk!  So I assumed it was the same stuff and I pulled out a white stick of sidewalk chalk to give it a try. 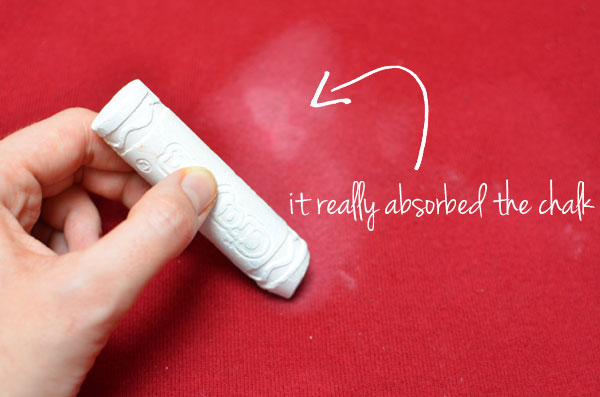 You can see in the photo above that the stain really absorbed the chalk when I rubbed it in.  I rubbed the chalk on both the front and the back of the sweaters and tried to work it in as best as I could. 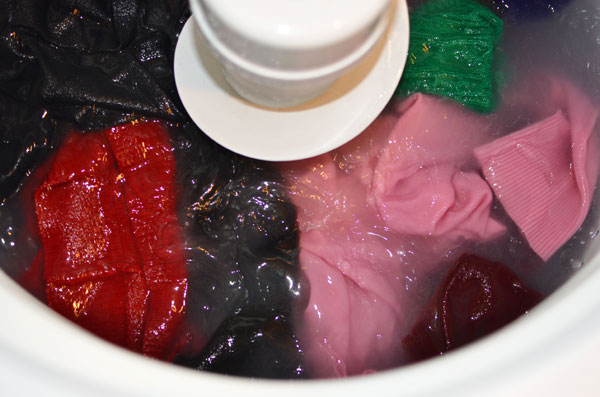 I put the sweaters on the delicate cycle with my other coloured sweaters, using regular Tide as the detergent, and I hung them to dry. 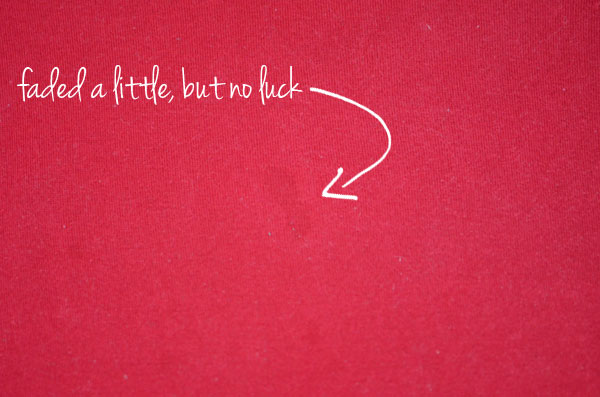 I was really excited to see if it had worked, but there was no such luck.  I don’t know if I had washed the grease stains too many times already, or if I needed to work the chalk in more?  Or maybe sidewalk chalk isn’t the same as regular chalk?  The stain faded a little bit, but the sweaters still weren’t wearable. 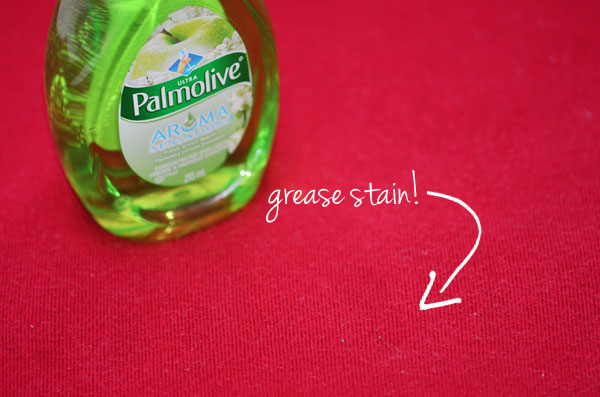 So back to Google I went to find another solution, and I found that dish soap is also commonly recommended to combat grease stains. 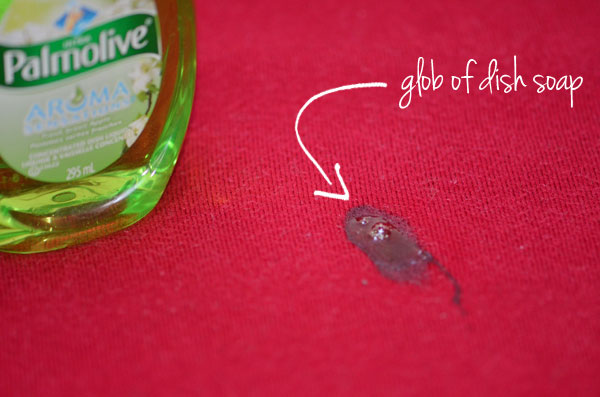 So I squeezed a generous glob of dish soap onto the stains and worked it in a little bit and sent it through the delicate cycle again with a tiny bit of Tide. 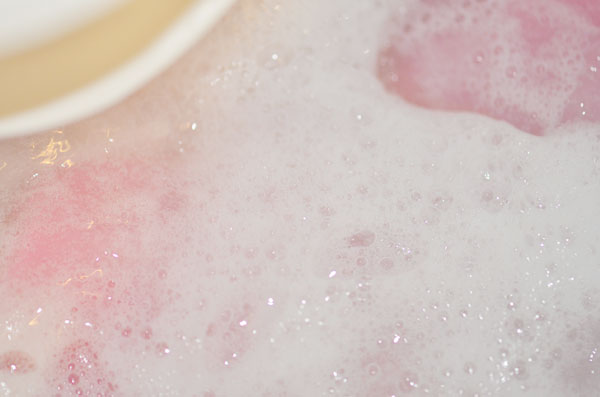 This time it was really sudsy in the washing machine!  I hung the sweaters to dry and was excited to find out that the grease stains had disappeared! 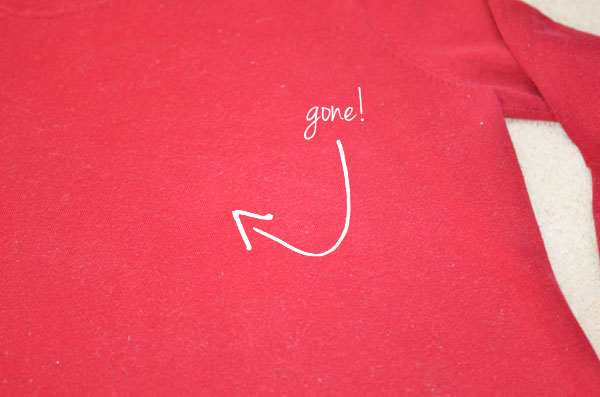 And I don’t know if the dish detergent had anything to do with it, but my sweaters also looked a lot brighter and less dull after they came out of the wash!  (Although, I didn’t wash them with my assorted colours this time, so that also might have had something to do with it). 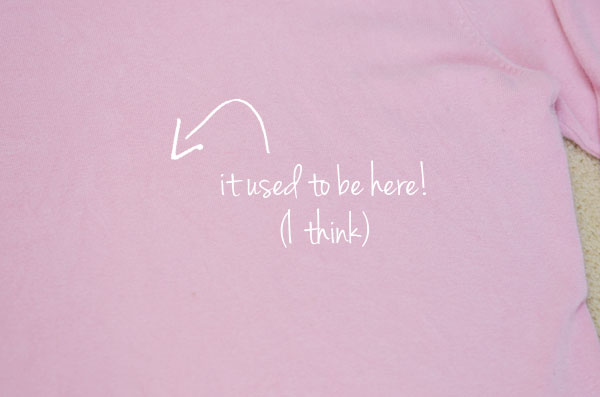 My next step was going to be taking a little bit of baking soda and working it into the stains with a toothbrush, but luckily it didn’t come to that.

I’m sure everyone’s stains are a little different, and sometimes you have to try different methods, but for me, chalk did not work very well, but the dish soap did the trick.