END_OF_DOCUMENT_TOKEN_TO_BE_REPLACED

I can honestly say that I never thought I would buy bingo dabbers.  And if I ever did, I never thought that they’d be useful.  But for toddler, preschooler and even kids crafts, they are a lot of fun!  They keep your child busy in a reasonably clean way, and the crafts end up looking pretty neat when they are done. 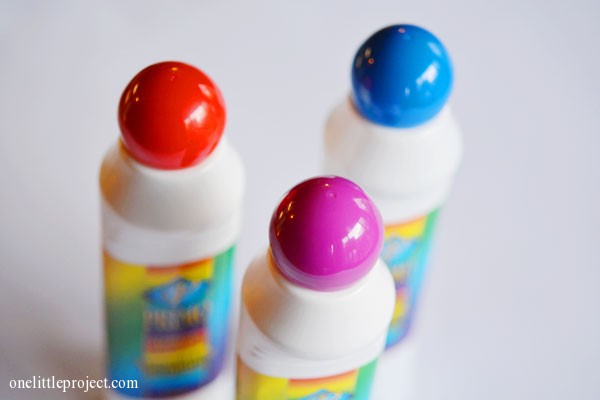 I considered making my own printable, but I decided not to reinvent the wheel.  This Bingo Dauber Dot Art page from DLTK Kids has TONS of free bingo dabber printables.  My personal favourites were all the alphabet printouts. 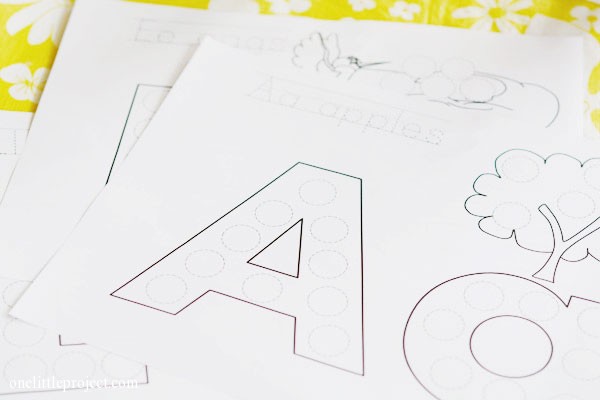 Leah really loved that we let her pick which letters she wanted us to print.  And then she really enjoyed being able to carry around her pile of big letters.  We have a wireless printer, so she also thought that it was pretty cool to run to the other room, pick up the printout from the printer and run back each time we printed a letter.  (I like to draw out our activities for as long as I can…)  : ) 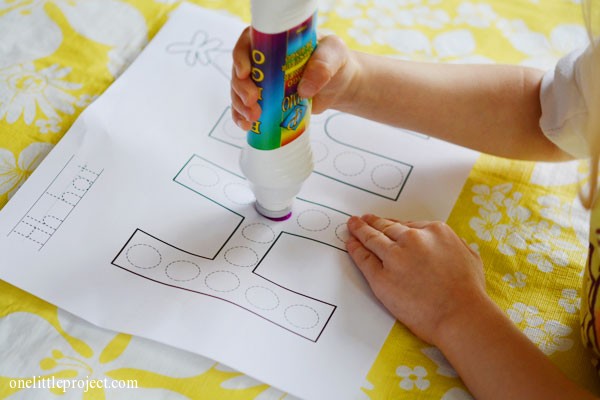 She didn’t get the concept of putting the dots in the circles right away, but once I showed her, she used a lot of precision.  This activity kept her interest for a good 15 minutes as she worked her way through the letters. 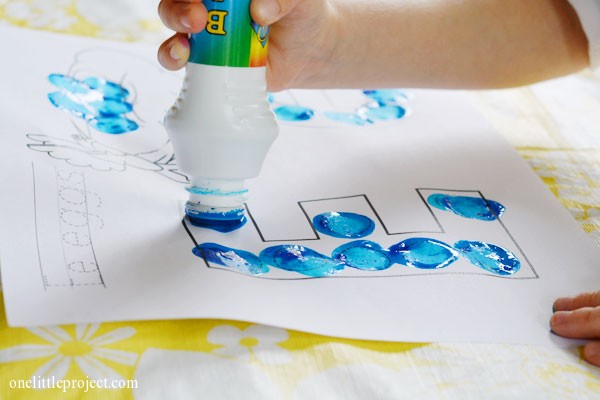 When she lost interest she started colouring with the bingo dabbers like big wet markers – which is really rather messy!  So we decided to move on to a second bingo dabber craft. 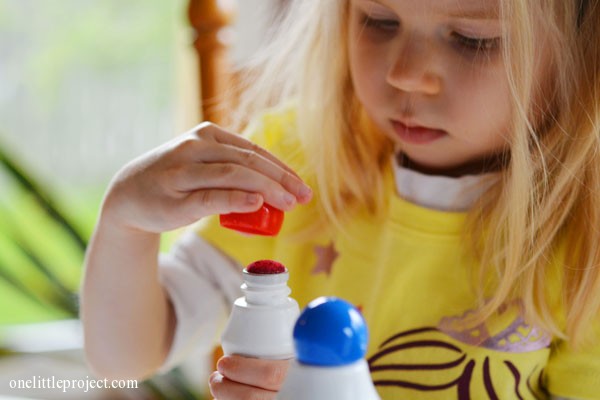 I got the idea for these bingo dabber octopuses from Pinterest.  I thought I saved the website, but apparently not, so I apologize to the person that this idea comes from! 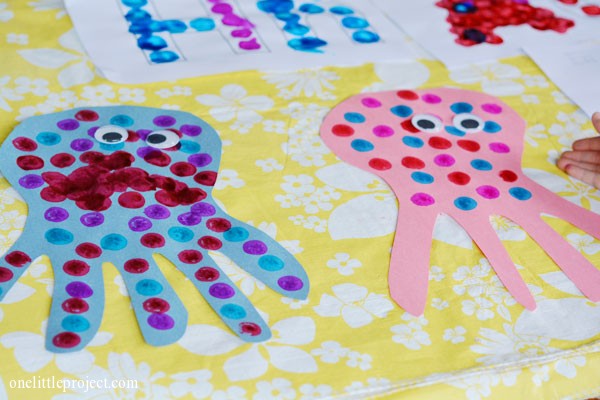 I cut out two octopuses from construction paper.  I didn’t bother drawing or tracing anything.  They aren’t perfect, but I think they turned out pretty cute! 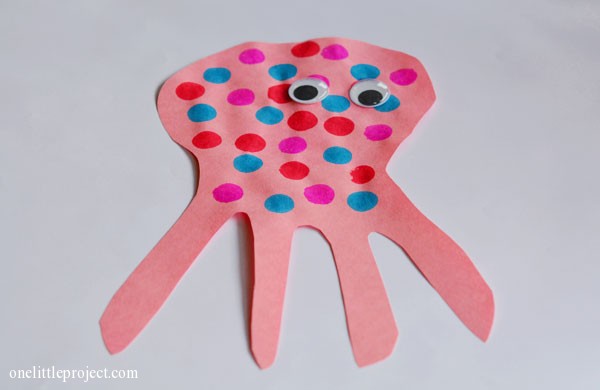 Leah made the blue mustache octopus on the left.  Now that I see them in the photos, I think I definitely could have added way more dots to my pink octopus on the right! 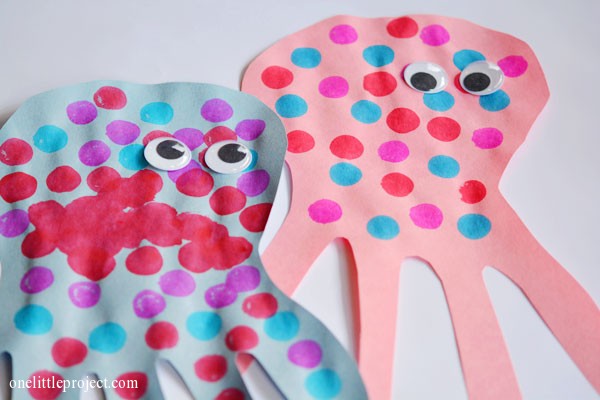 These turned out to be a fun little weekend craft for both Leah and I.  If you don’t have any bingo dabbers, you can pick them up at the dollar store.  And I definitely recommend visiting DLTK Kids for the bingo dabber printables.