END_OF_DOCUMENT_TOKEN_TO_BE_REPLACED

Hi there! It’s Megan from Homemade Ginger again and I’m sharing my first slime recipe with you all today!

I don’t know about your kids, but mine definitely go through phases when it comes to playing with certain toys or games. They will do the same thing over and over every day until they get sick of it and then move onto the next thing. But there is one thing that most kids right now are obsessed with and that is making slime! Have you jumped on the slime obsession train yet? I will have to say that we are a little late to the game in my house, but now that we’ve started making slime at home, my kids are hooked!

There are tons of variations to choose from and the possibilities are endless! You could make a new slime recipe every day and it would be different every time. I wanted to come up with a rainbow slime that didn’t involve glitter. We seem to spread glitter everywhere at our house and it’s so hard to get rid of! I decided to try throwing some rainbow sprinkles in slime and I love how it turned out! It reminds me of birthday cake batter. It’s so fun to play with and it’s a great rainbow craft to celebrate St. Patrick’s day!

Kids of all ages will love making this festive slime. It’s so cheerful and addictive to play with. It only takes a few ingredients and you probably already have most of them at home!

The full recipe is at the bottom of this post, but here is what you will need:

One of the cutest slime recipes! 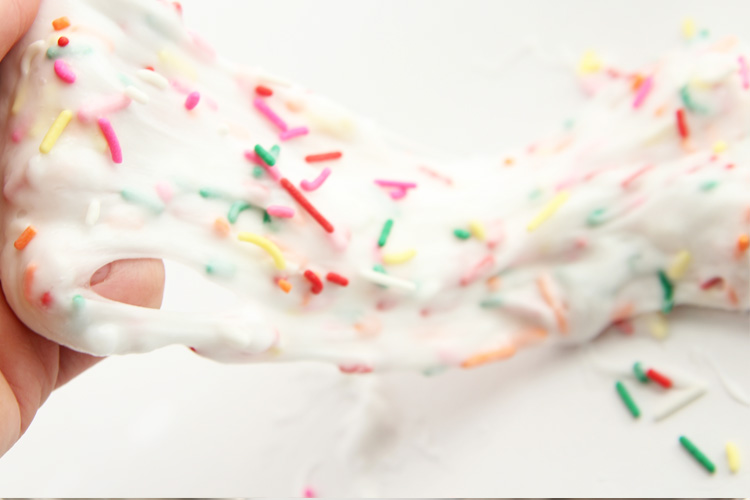 It’s so stretchy and the sprinkles make it look super colorful and pretty. 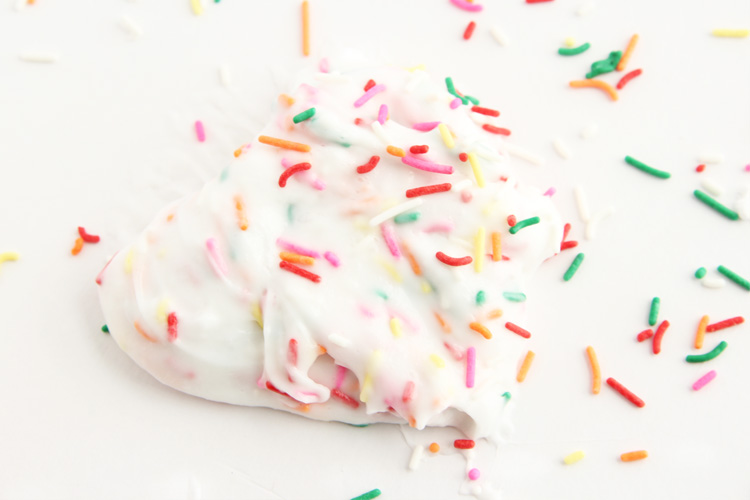 This would be a fun thing to give out as favors at a birthday party too! 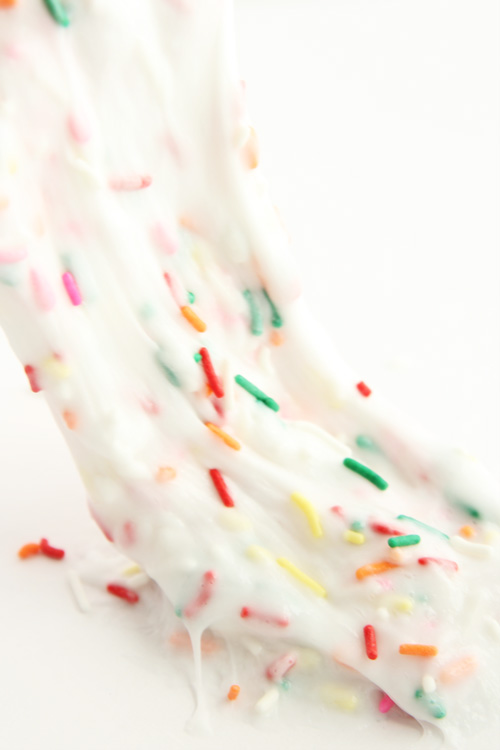 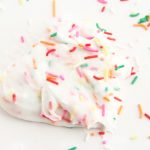 This is the cutest slime recipe you will ever see! Next time your kids are begging to make slime, give this one a try! 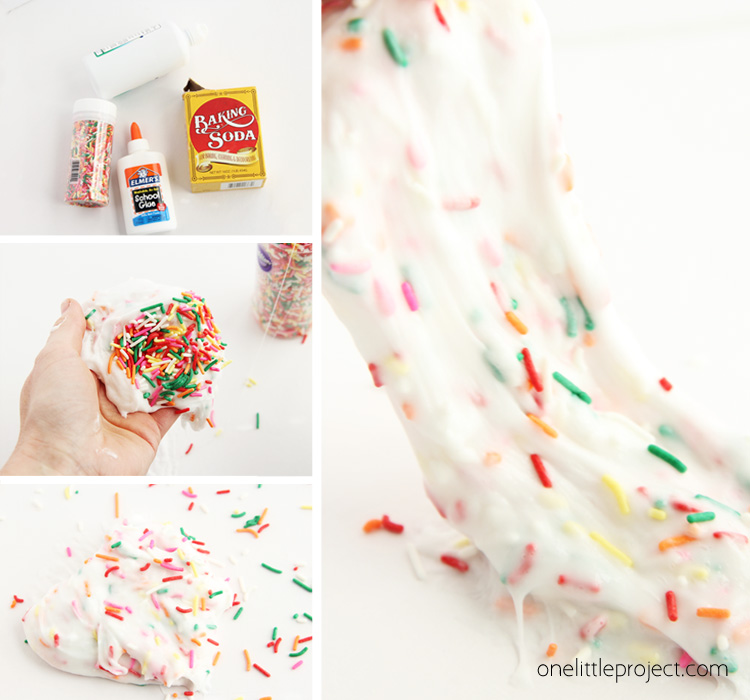