END_OF_DOCUMENT_TOKEN_TO_BE_REPLACED

HomeJust for KidsHow to Make Slime

I currently have a toddler boy in the house and he is into everything! There is a 3.5 year age gap between my two youngest children, so it had been awhile since I had a toddler and it’s amazing how easily one can forget the craziness of the toddler years. I am all too familiar with that feeling of dread when the house is suddenly quiet. It usually means that my little guy has gotten into something or done some serious damage! He has been known to dump out spices and draw on his big sisters’ toys with a Sharpie. (I am still amazed that he even found a Sharpie in the first place!)

My toddler also loves to put things in his mouth. His big sisters love slime, but we try to be cautious because their little brother will try to put it in his mouth! I decided to try out an edible slime recipe so that all the kids can have fun playing with slime together. This chocolate pudding slime smells so yummy and the best part is that it’s totally edible! It definitely isn’t something you want to eat on purpose, but if someone happens to swallow some, it’s nice to know that it is made with edible ingredients!

I found a few recipes for pudding slime like this one, but I wanted to try a chocolate version and I added some oil to make it even smoother.

Here is what you will need: 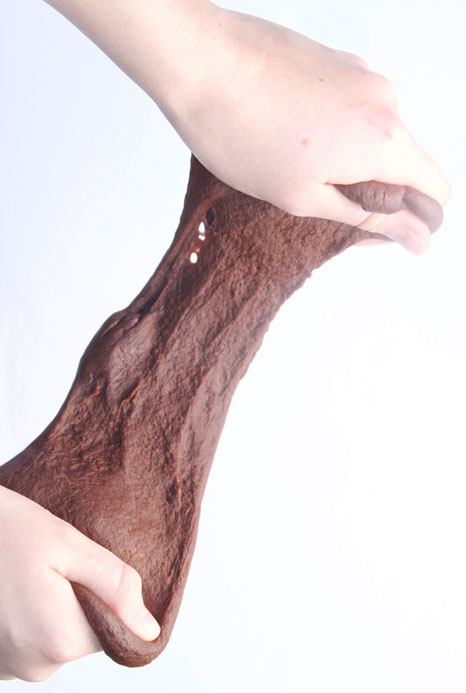 It’s so addicting and smells so yummy at the same time! 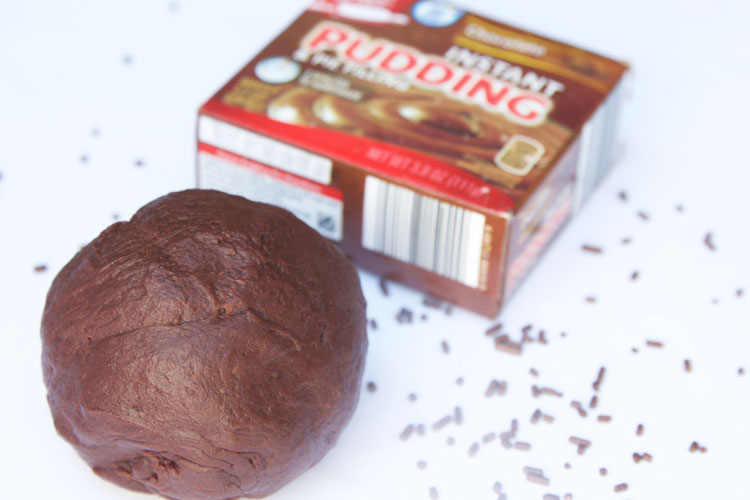 This chocolate pudding slime only requires 4 ingredients and smells so good! It’s SUCH an easy edible slime recipe! 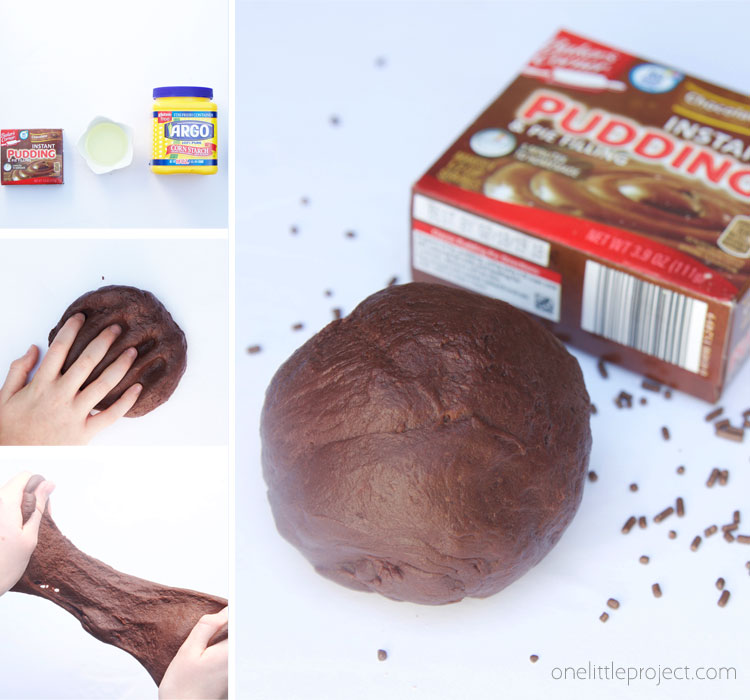