END_OF_DOCUMENT_TOKEN_TO_BE_REPLACED

I’m kind of lazy when it comes to carving pumpkins. Is it weird that my favourite part is cleaning them out, and then baking the pumpkin seeds? By that point, the kids are a mess and we’ve all pretty much lost our patience for the project. So I usually end up fighting with a kitchen knife to stab out a few triangle eyes and a toothy smile. It doesn’t have to be that way though! There are so many awesome, and FUN ways to decorate a pumpkin! Even if you want to skip the carving all together and just paint it, there are tons of cool ideas you can try! Check out these pumpkin carving hacks!

I am soooooooo tempted to try the Mr. Potato Head pumpkin this year! My kids would get a big kick out of it!

Make awesome glowing patterns on your pumpkin by using a drill! It’s fun, easy and looks amazing when they are all lit up! Here are the ones we made: 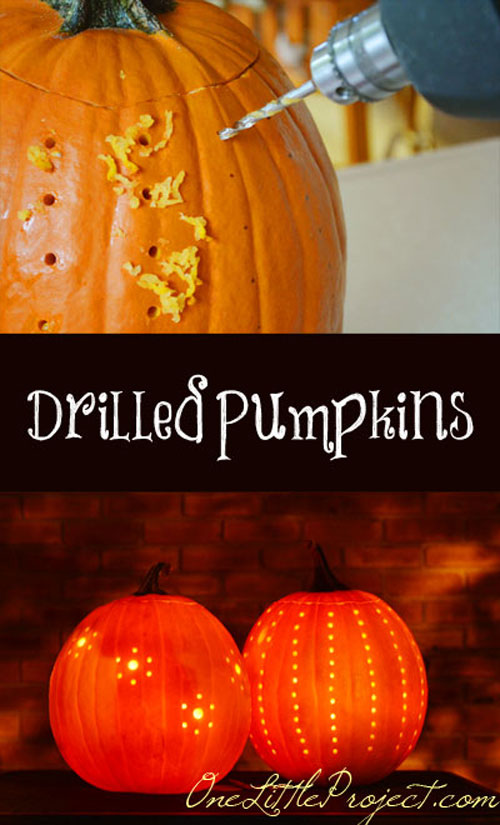 via One Little Project

Is orange too bold of a colour to suit your decor? No problem! Just paint them a neutral colour! 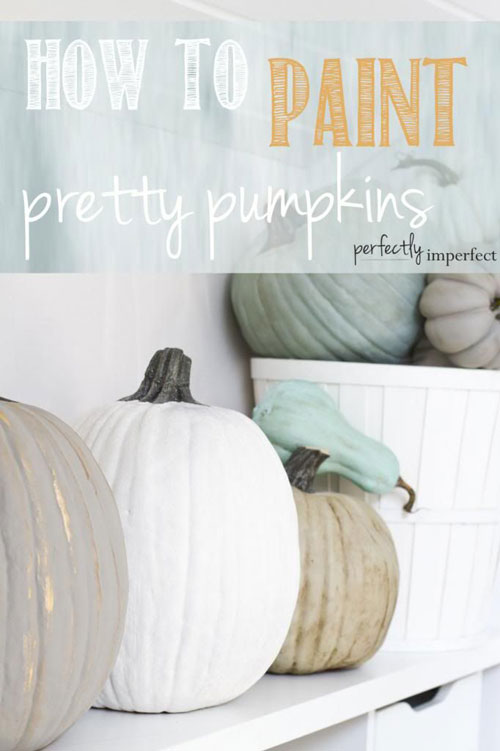 Paint your pumpkins to match any colour scheme and then give them a glittered, whimsical stem! 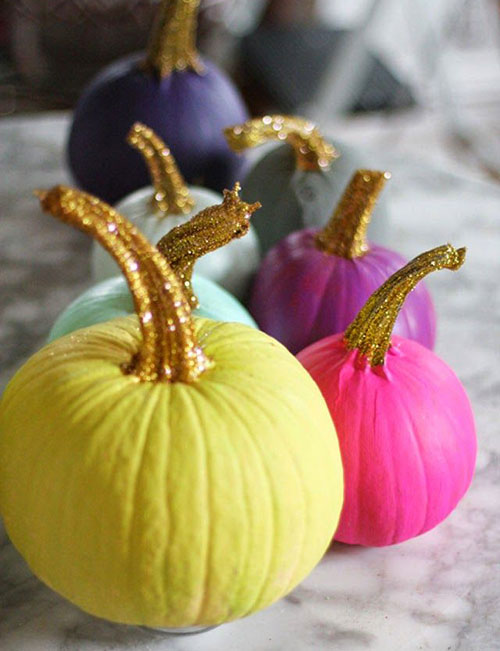 Drill holes in your pumpkins and then push Christmas lights through them to get this cool effect! 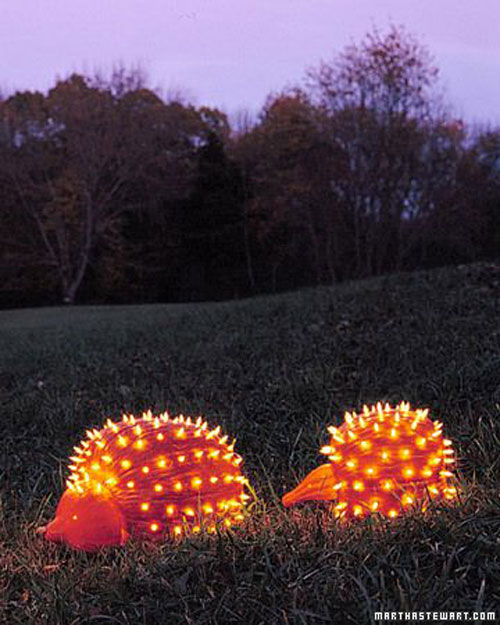 Forget about burning yourself with a candle – Fit your pumpkin with a solar light instead and it can “burn” for days! Brilliant! 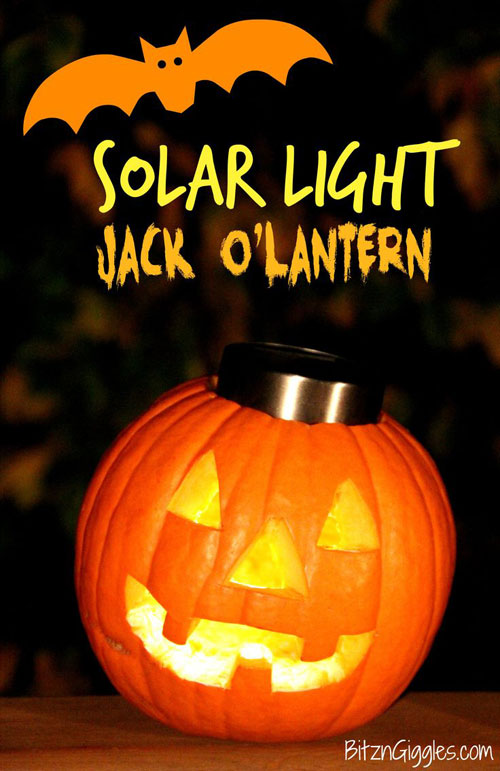 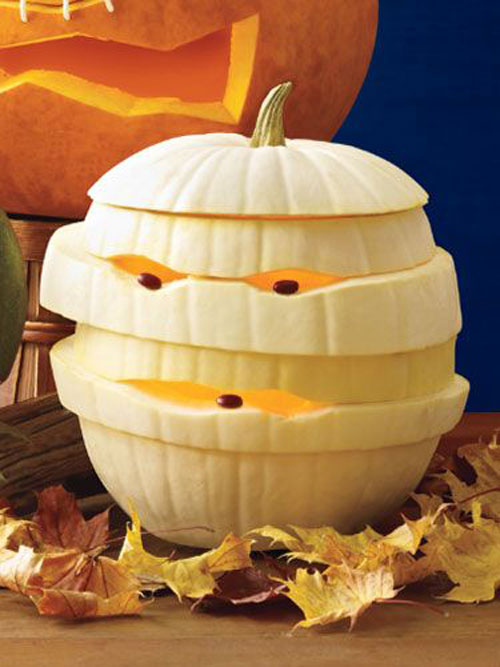 Personalize a pumpkin for everyone in the family! 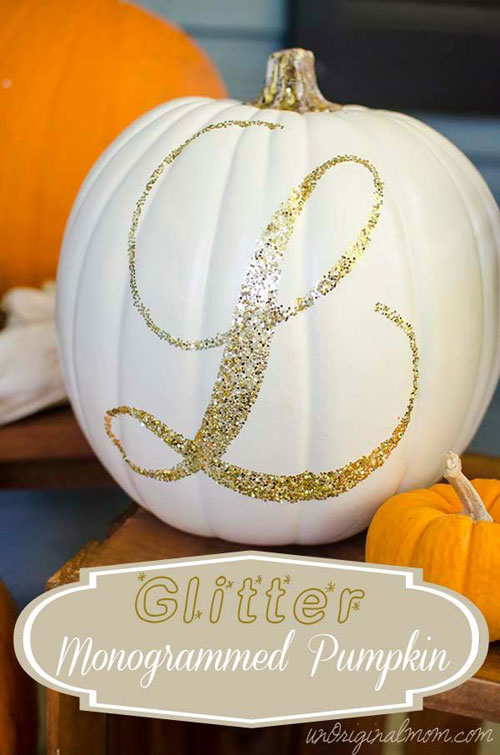 Make this easy gourd apple core if you want to carve a pumpkin, but you prefer to leave out the spookiness. 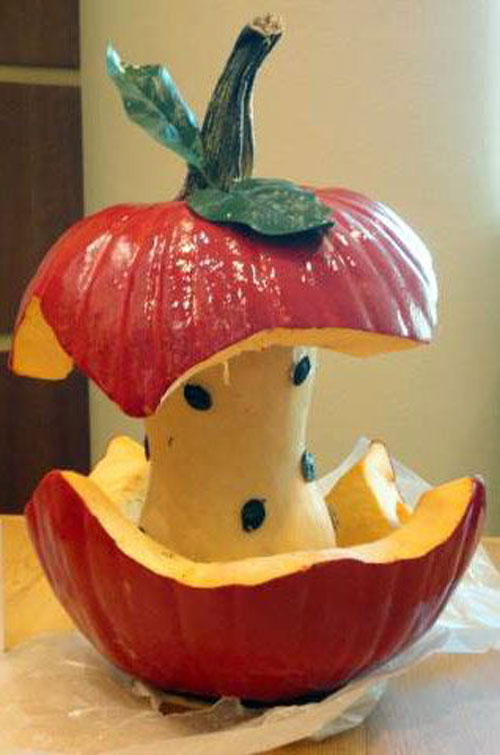 via View From The Lighthouse

Who would have thought that you could also use his parts to make Mr. Pumpkin Head? 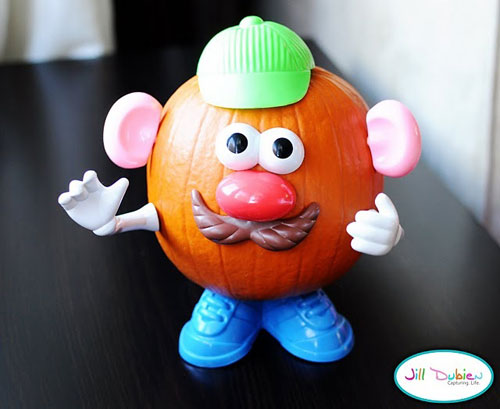 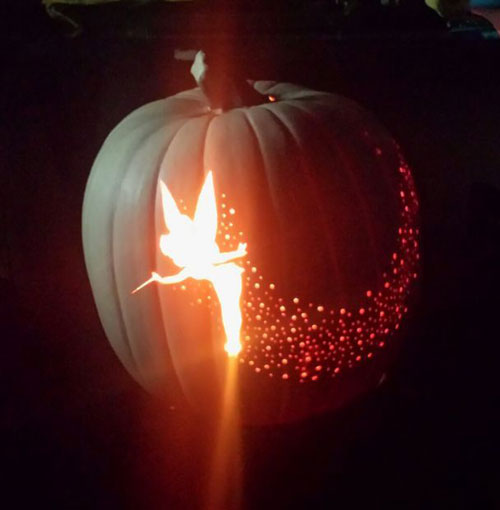 Easily turn your pumpkin into a vase and use it as a centerpiece! 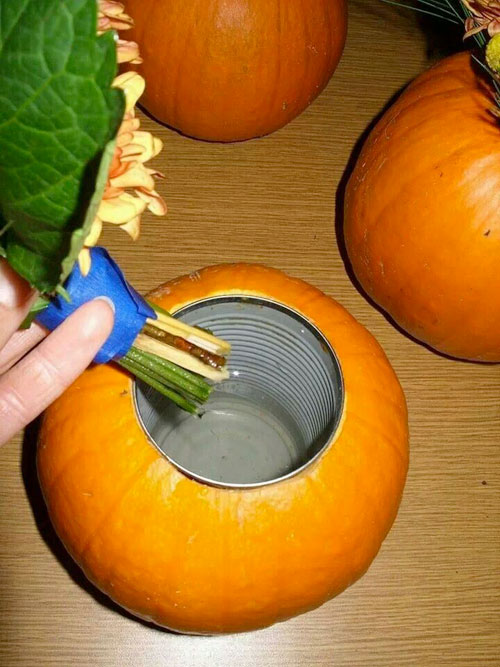 Add some texture and attitude to your pumpkins by piercing them with metal studs! 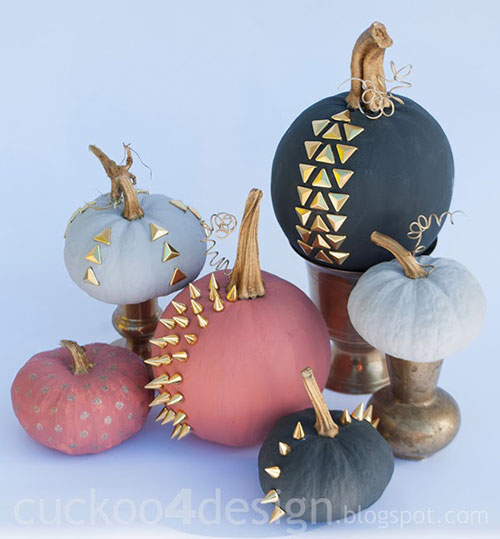 How to Make Your Pumpkin Last Longer

For all you eager beavers who just can’t wait to carve your pumpkin! 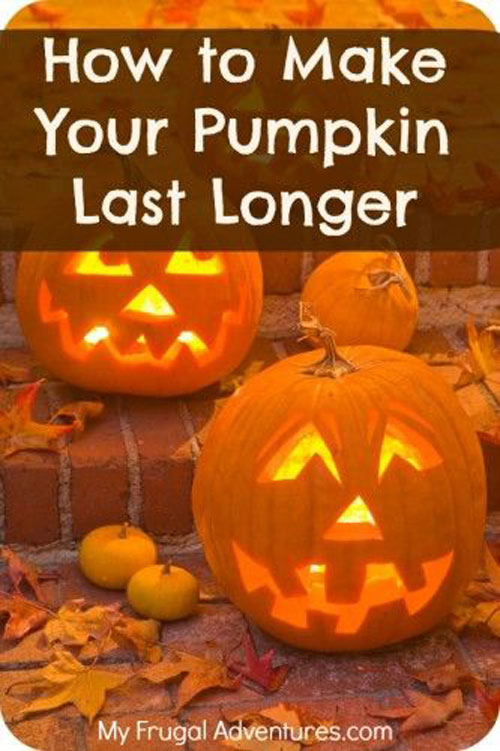 via My Frugal Adventures

This is beyond cool for anyone who remembers playing with lite brites as a kid! Brilliant!

Use a cookie cutter and a mallet to cut out intricate shapes from your pumpkins. Warning… I’ve tried this and it’s harder than it looks! 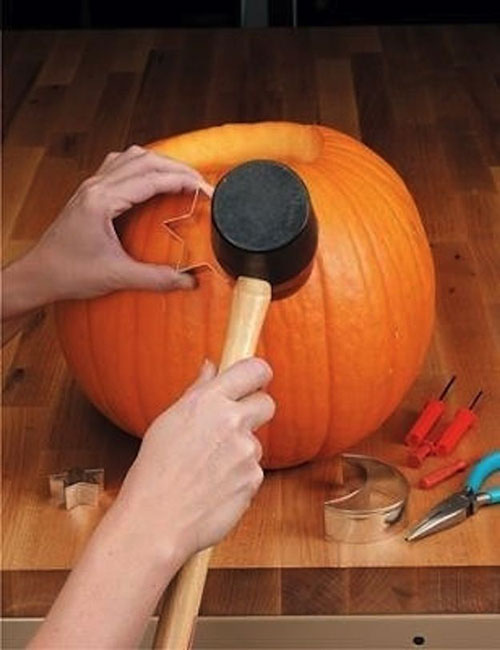 via Taste of Home

Easiest way to Cut a Pumpkin

Try cutting off the pumpkin top like this to make it waaaaaay easier to put the candle in without burning yourself! 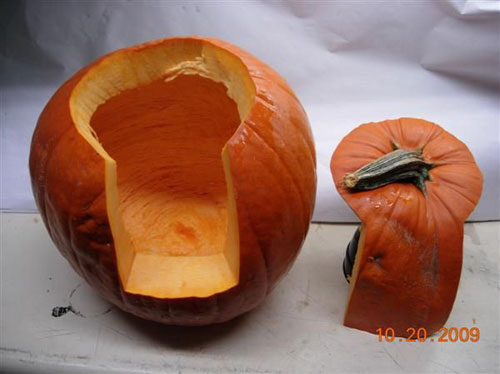 Glow in the Dark Pumpkins

Save yourself the effort of carving! Draw all sorts of patterns on your pumpkins with glow in the dark paint! 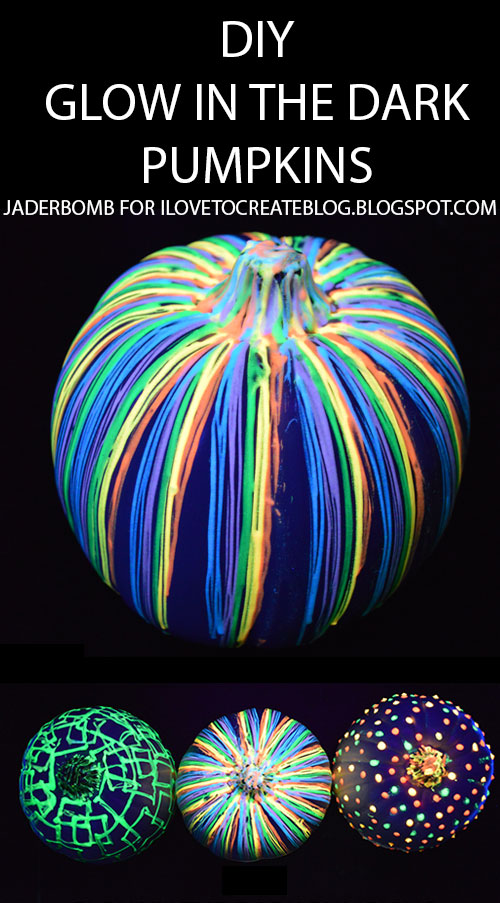 via I Love To Create

These are watermelons, but you can use pumpkins too. Make them glow in any colour! (Check out our other glow stick ideas here!) 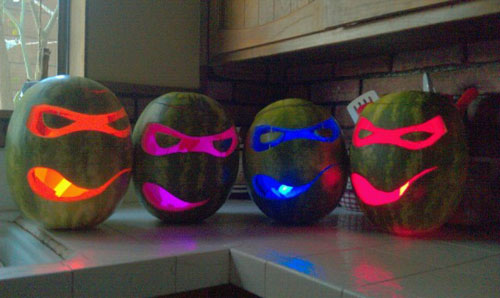 Turn your pumpkin sideways and use the stem to make an awesome Fraggle looking nose! 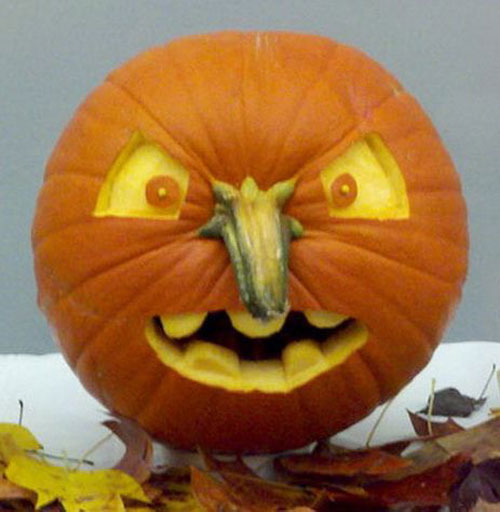 via Remove and Replace 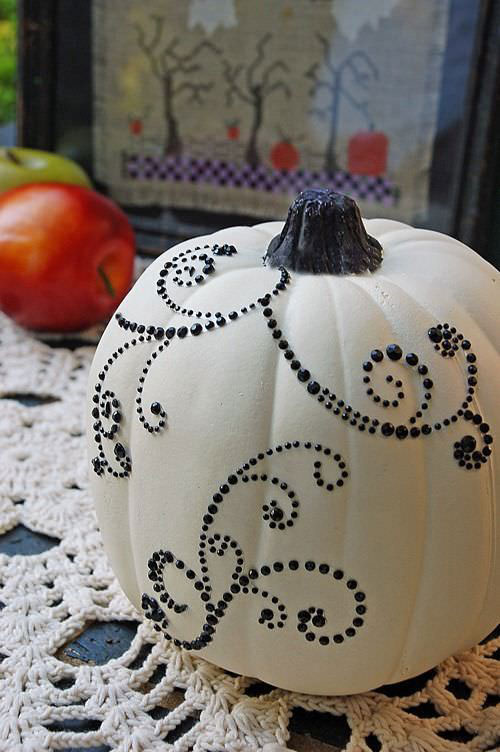 Write out your favourite Halloween words on black pumpkins. 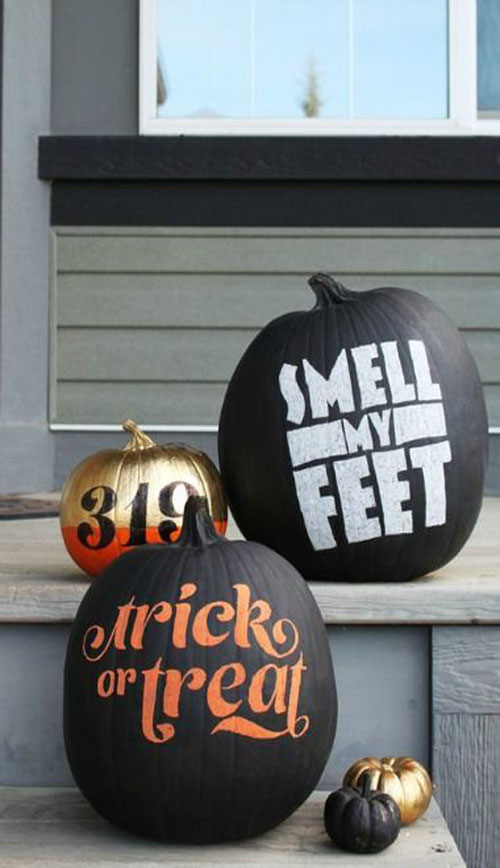 Having a party? Fill your pumpkin with ice and use it to keep the drinks cold! 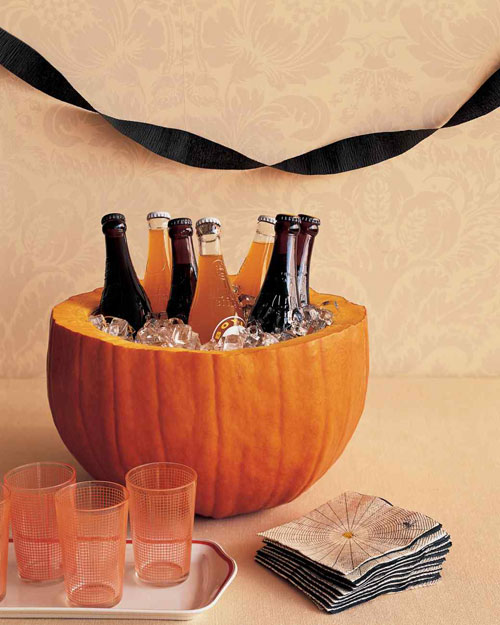 Because everything is better when it sparkles! 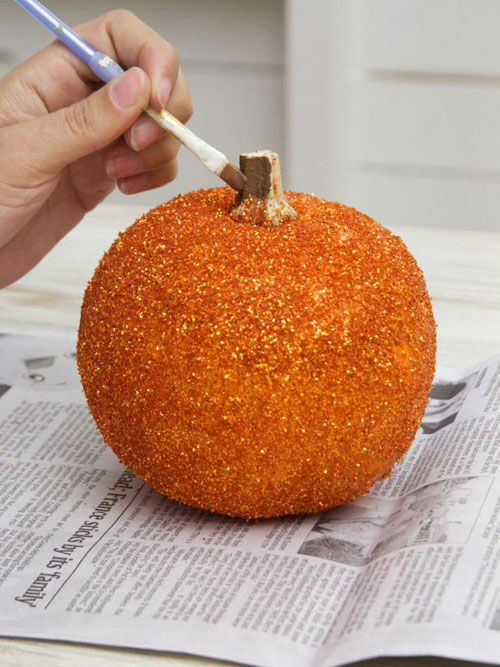 Do you have any pumpkin carving tips or favourite hacks? I’d love to hear about them in the comments! (PS – I love seeing your photos in the comments too!)