END_OF_DOCUMENT_TOKEN_TO_BE_REPLACED

Halloween is a holiday where I am just not willing to buy fancy decorations.  I have no desire to spend a lot of money on something that will stay up for 2 weeks at most, and then get tossed into the basement for the rest of the year.  Which is why I love these permanent marker balloon pumpkins!  It’s so easy to whip up these easy decorations!  They only last a week at most and when you are finished with them, there is nothing to store! 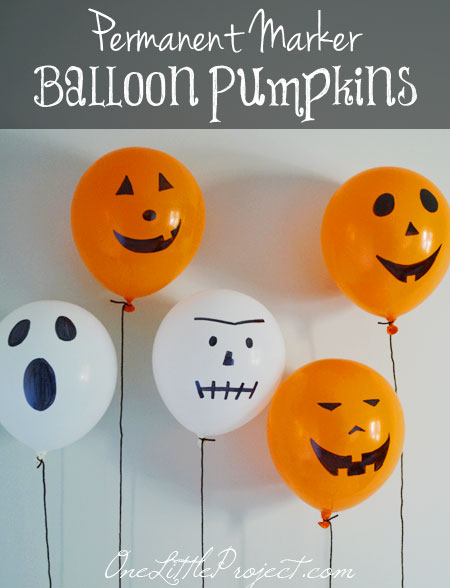 I had everything on hand except for the balloons.  I ended up buying a pack of multi-coloured balloons for two reasons 1) I figured I’ll use them for kids parties at some point in the future and 2) they didn’t actually sell orange balloons

on their own at the dollar store or Walmart, so I was stuck buying a whole assorted bag. 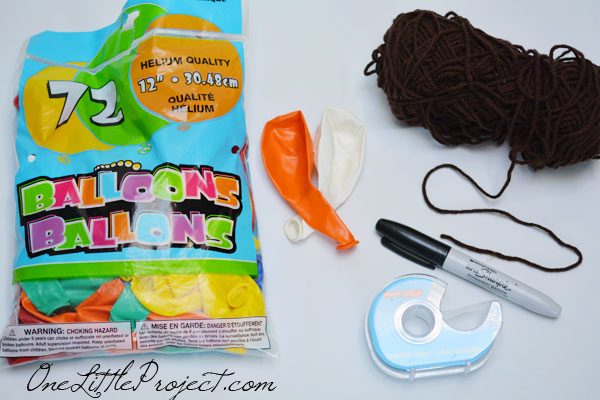 I used a leftover Sharpie 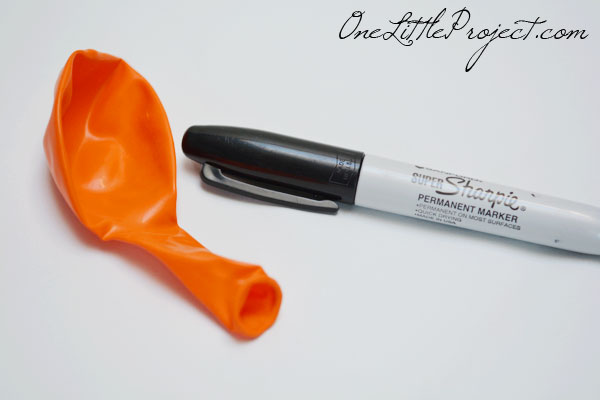 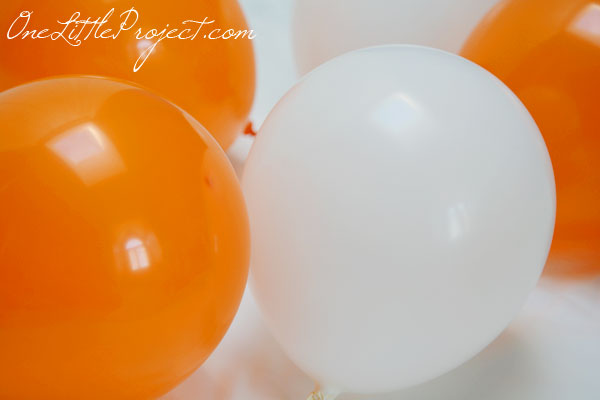 Start by outlining the face.  I used Google Image Search for “Pumpkin Faces” to get ideas for what faces to create.  When I have to make one jack-o-lantern I can come up with it on the fly, but when I need to make five cute and different pumpkin faces, I need some inspiration. 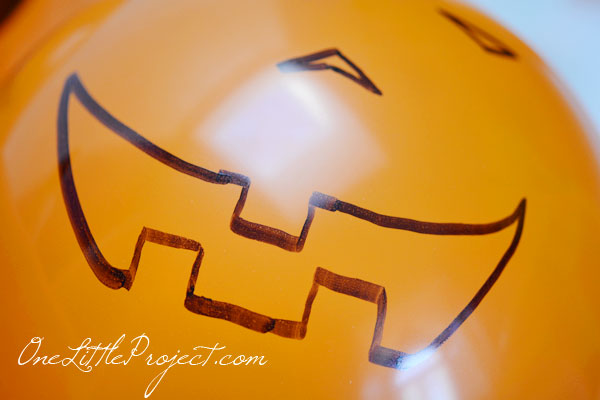 to colour in the faces: 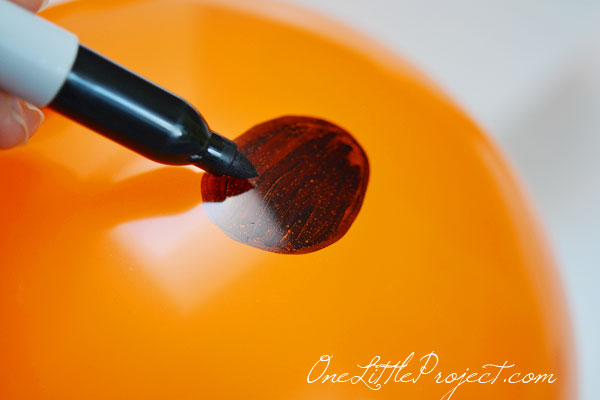 You can see here, that it’s not perfect, but seriously, who is going to be looking THAT closely at your balloons?  My husband had no idea I had coloured on the faces until I told him. 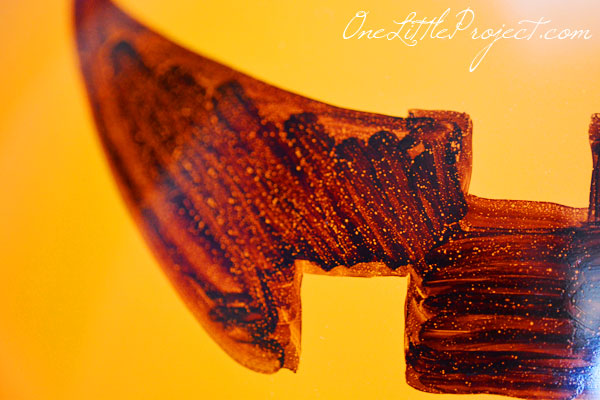 I was definitely happier with the smiling faces.  I wasn’t a fan of the scary balloon pumpkins.  And Leah wasn’t either for that matter.  She took a pencil and popped the white ghost pumpkin within 5 minutes of playing with these.  A tip though, if your balloons do pop, be careful, because the permanent marker rubs off the deflated balloon and makes a MESS! 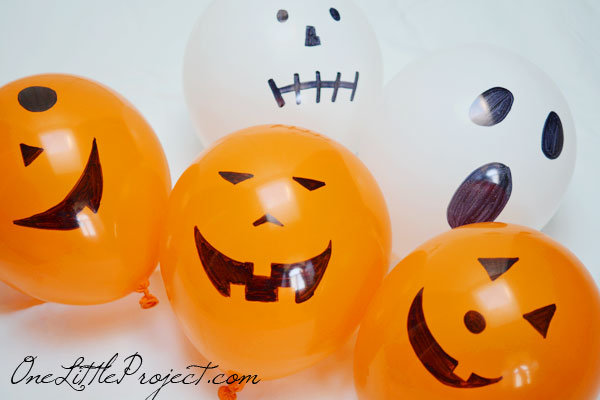 How you attach your balloons is of course up to you.  I wanted to give the effect of helium balloons without any helium, so I tied some brown yarn 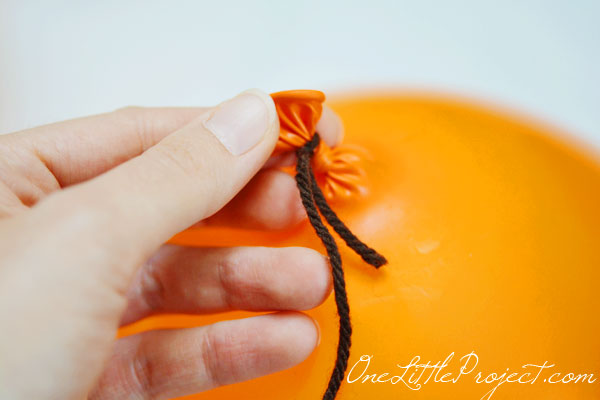 Then I put a small piece of tape on the back and taped them to the walls: 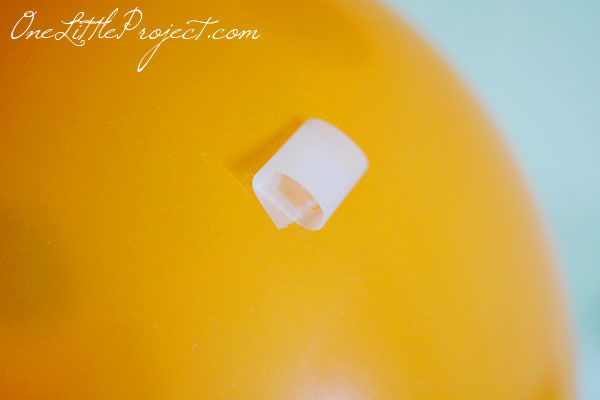 So they ended up looking like this, which I thought was pretty cute for super cheap DIY Halloween decorations that took less than 20 minutes to make: 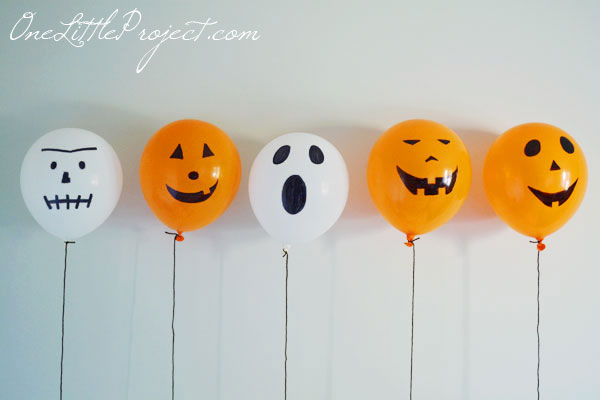 All I had to pay for were the balloons, so these decorations cost me a total of $5.  Which other than real pumpkins, is about all I am willing to spend on Halloween decorations. 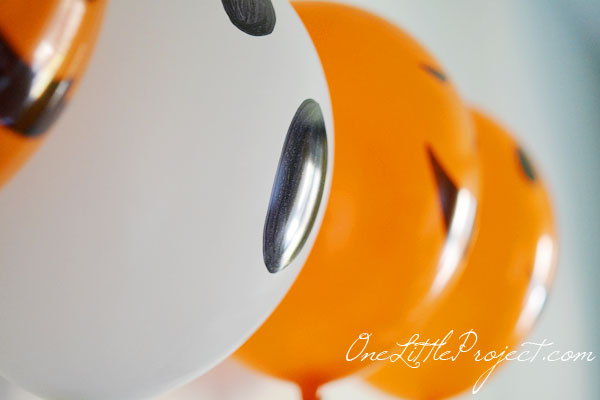 My girls are at the age where they LOVE balloons (3.5 and 1.5 years old), so they were beyond excited when they saw that I had a bunch of balloons for them to play with.  They have been dragging them around all week, and other than popping the one scary ghost face, they seem pretty darn happy with the rest! 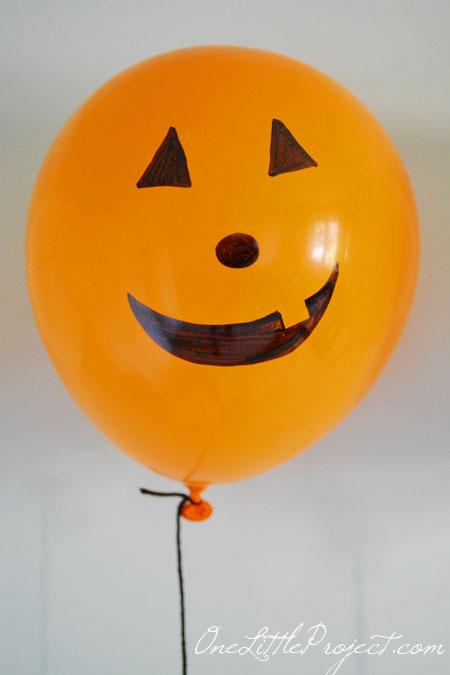 This is such a great alternative if you don’t feel like carving a pumpkin.  It’s faster and the cleanup is way easier!  If my girls were just a little bit older I’m sure they would love to help draw on the faces.  I will definitely be doing this again in a few years!