END_OF_DOCUMENT_TOKEN_TO_BE_REPLACED

Looking for a super easy, outdoor, winter activity for kids?  Make your own snow paint!  (Also known as water and food colouring.)

Today was a beautiful, sunny day with lots of fluffy snow on the ground.  Poor Leah has been cooped up for a long time, so I thought this would be a great way to get us outdoors.  She was very excited to try it, and I think she was even more excited to help me mix everything together. 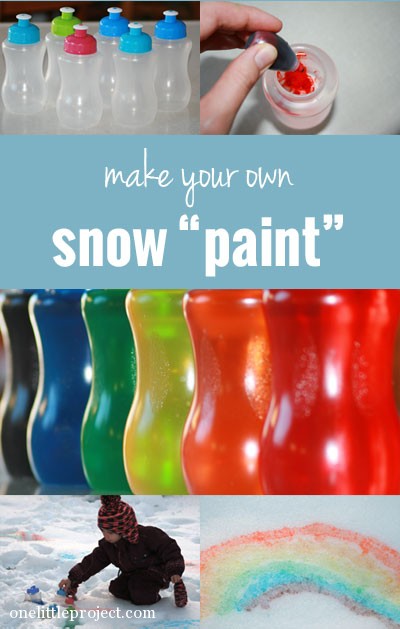 I know, I know, snow paint sounds like it should be more complicated, that’s why I call it snow “paint” – it really is just water and food colouring – but it’s a lot of fun.  I think I may have even had more fun with it than Leah did!

Make your own snow “paint” tutorial

It all started with a trip to the dollar store during naptime.  I picked up 6 little water bottles

for $3.  I was looking for plastic squeeze bottles

like the ones you see ketchup in sometimes, but these were cheaper and I figured we could actually use them again for a picnic some day. 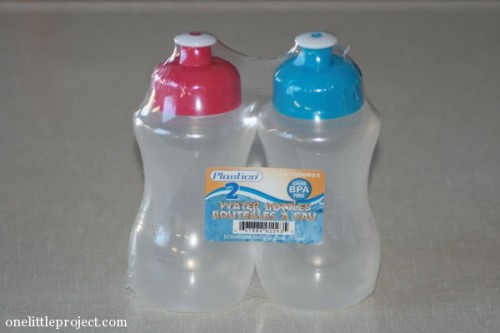 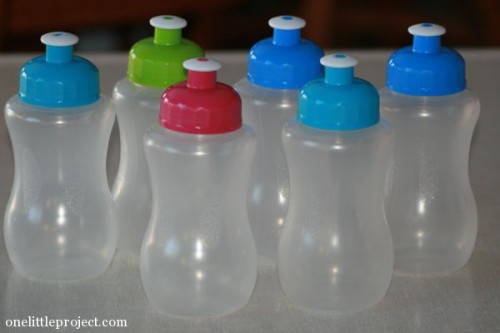 I think Leah was the most excited about the food colouring

.  She was a very good little helper, helping me count the drops of food colouring going into each cup.  (Although, she somehow dyed her little fingers blue for the rest of the day…) Plus, it was a great lesson about mixing colours too.

I used 8 drops of food colouring

each for the red, blue, yellow, and green bottles.  For orange it was 7 drops yellow and 1 drop red.  My purple turned out way too dark – I used 5 drops red and 3 drops blue, but next time I’ll try fewer blue drops. 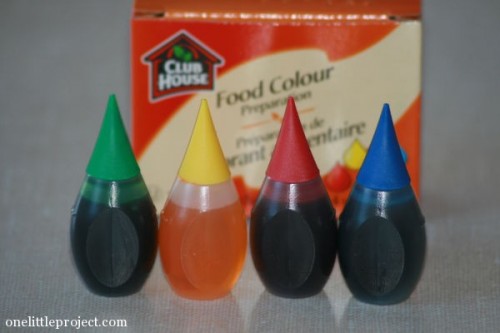 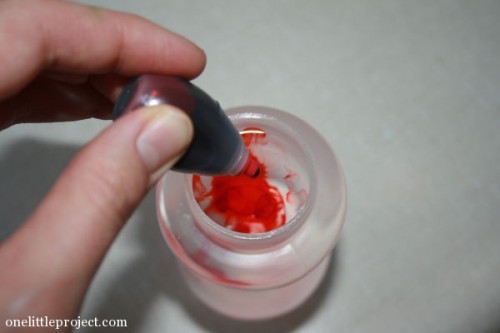 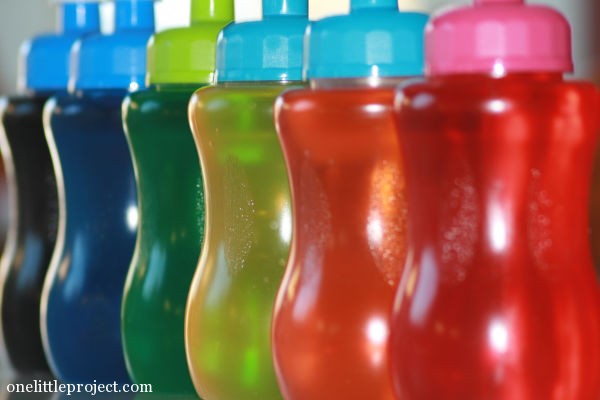 We took them out into the backyard and had a great time!  It kind of looks like a bomb went off back there, but it was worth it.  Besides, it’s supposed to rain later this week, so the bright colours won’t last for too much longer. 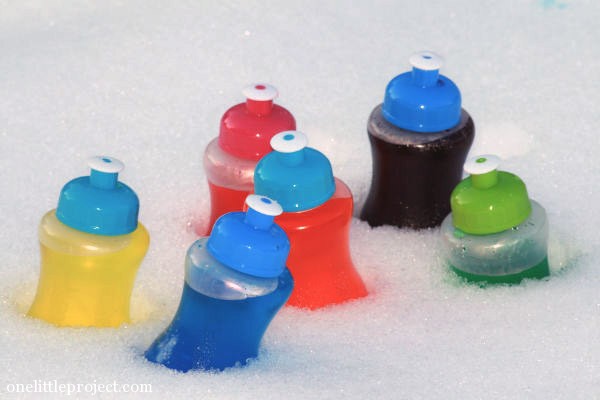 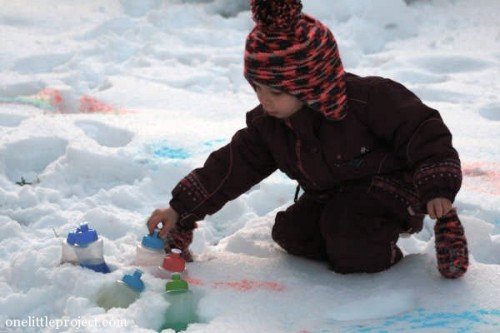 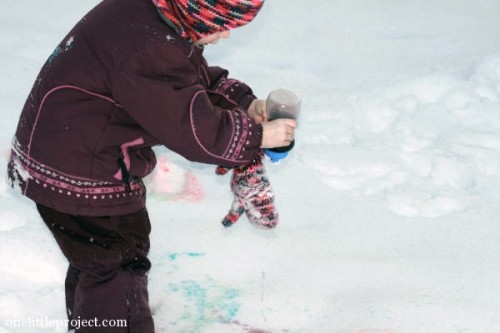 The bottles I bought weren’t exactly user friendly for this task, but they did the trick and I definitely like that I’ll be able to use them for something other than snow painting.  You kind of have to squeeze with the bottle pointing directly down, so it was easier to paint while I was on my knees.

I’m no Picasso, but here’s my work.  I would show Leah’s, but she seemed to prefer the squeeze-as-much-out-of-the-bottle-as-you-can-into-one-spot approach. 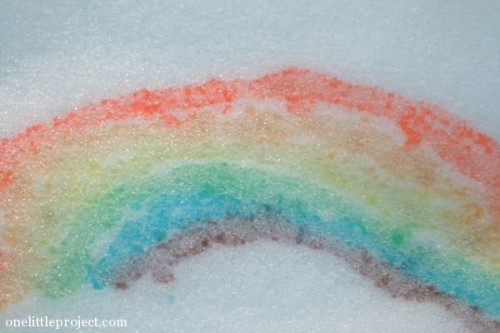 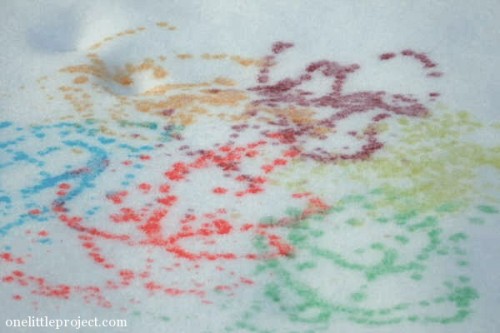 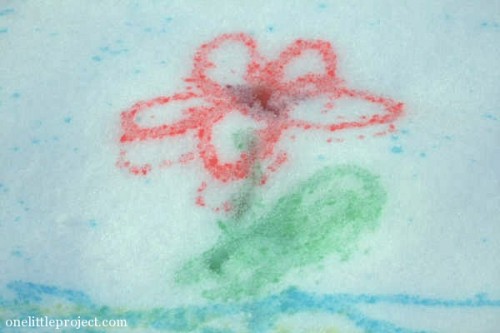 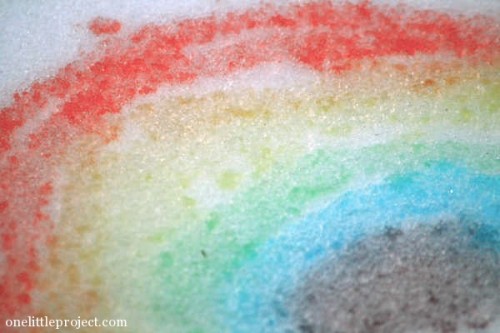 I would say that this activity gave us about 20 minutes of inside fun and about half an hour of outside fun.  We would have done our painting for longer, but someone’s little fingers were turning purple, so we had to cut it short.  But it was a fantastic winter activity for kids and I would definitely do it again.