END_OF_DOCUMENT_TOKEN_TO_BE_REPLACED

These ice luminaries are so easy to make!  At this time of year, the days are so short and it’s so cold outside, that it’s kind of fun to take advantage of it, and do a craft that is perfect for both cold and dark weather!  (Because honestly, how many activities can you really do with that combination??) 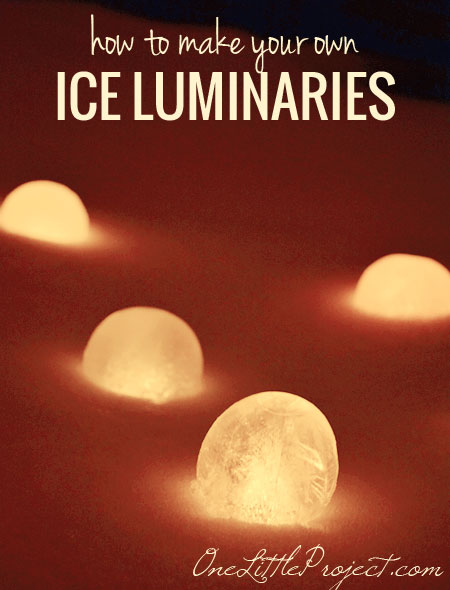 How to make your own Ice Luminaries

All you need are some balloons, some battery operated tea lights

(I got mine from the dollar store) and some really cold weather!  That’s right, frigid weather is perfect! 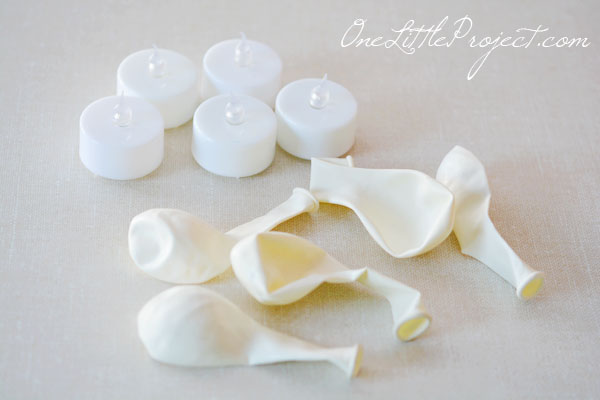 Fill up the balloons with water.  As you can see, we really don’t have the ideal tap for making water balloons.  You need to cover the whole nozzle with the balloon, otherwise the water will spray everywhere and they won’t fill. 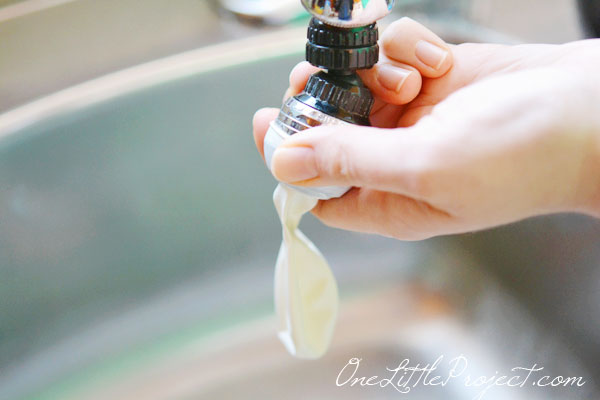 Fill up the balloon to be as big as you plan to have your ice luminary: 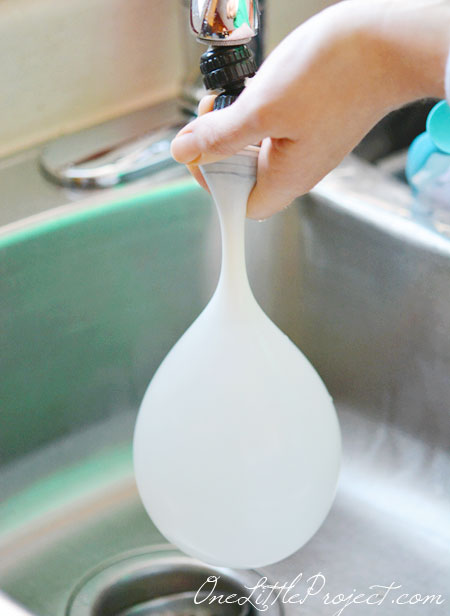 You can make yours bigger, or smaller, but if they are going in the snow, small isn’t great since they will end up sinking down.  They also have to be big enough to completely cover the tea light.  You can see compared to my hands how big I made mine: 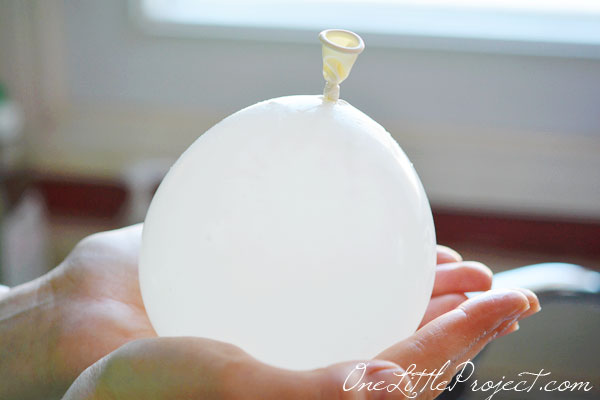 So basically you have just made a bunch of water balloons: 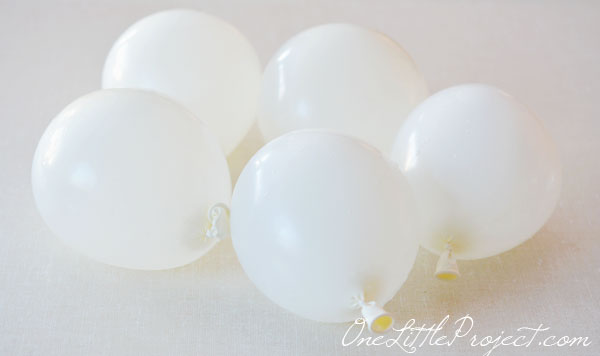 But then you are going to have to freeze them.  You can freeze them on a cookie sheet in your freezer or put them outside in the snow.  Just a heads up – check the weather before you put them outside.  I had to dig mine out after they froze because we got another 6″ of snow that I wasn’t expecting.  Oops!

On a side note, Leah thought this was the best part, because she thought we were “planting” the balloons.  Her very favourite book right now is The Balloon Tree, which is all about planting a balloon which then turns into a magic tree.  She was very sad that we didn’t have any “magic” to make these grow! 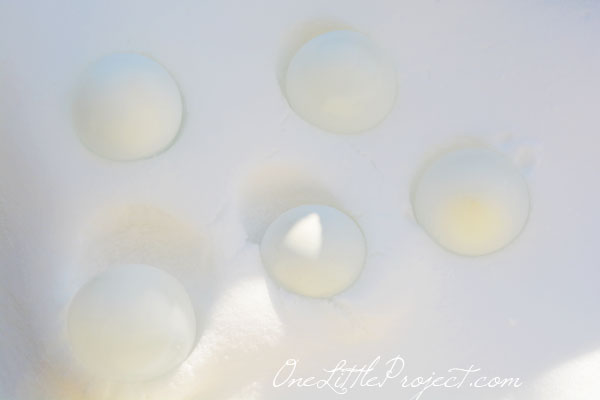 I put the water balloons outside when the temperature was well below freezing.  But by the time I had a chance to take them out two days later, it had gone above freezing, so you can see in the photo below that they were slightly wet after the balloons were taken off: 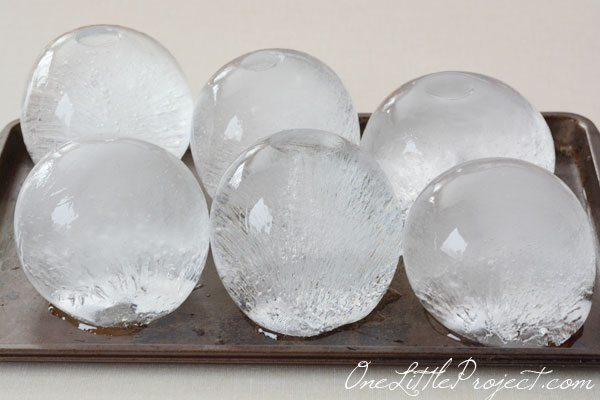 But the ice lanterns still turned out to be beautiful!  In the photo below, I’m holding the ball of ice on top of a battery operated tea light

in my hands.  You don’t need a groove cut out for the tea light or anything, it’s just the ball directly over the light.  It’s such a pretty effect! 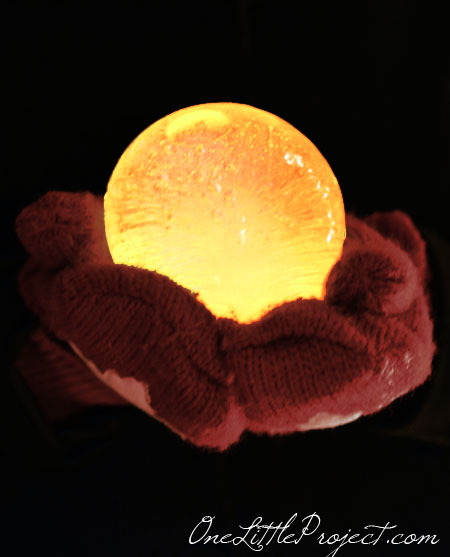 Place the tea lights where you want them in the snow, and then put the ice balls on top.  If you really want, you can take your balloons out before they have fully frozen so that there is just a shell of ice.  I’ve seen other people use this ice shell with real flaming tea lights.  I haven’t tried it myself, but they say the light it gives off is beautiful! 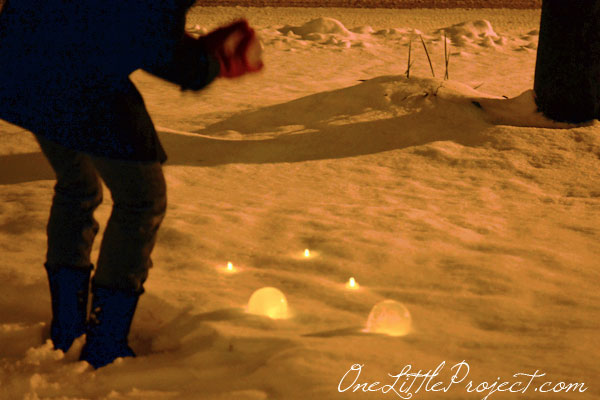 are surprisingly inexpensive, and balloons are very inexpensive, so you could make tons of these on a very small budget!  Wouldn’t they look gorgeous on the side of  a driveway on the night of a winter party? 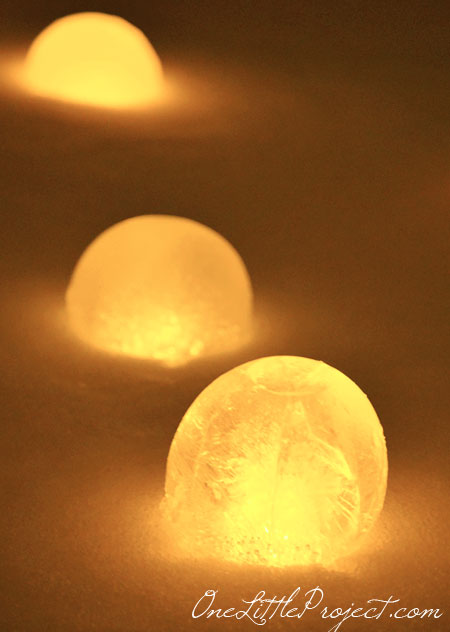 These ice lanterns take about 5 minutes to prepare, maybe a day to freeze, and another 5 minutes to set up after they are frozen.  They are super cheap to make, and extremely unique!  Scatter them outside in the landscape for a beautiful effect!