END_OF_DOCUMENT_TOKEN_TO_BE_REPLACED

This dancing raisins experiment is so easy! And it really works! It uses simple, edible ingredients, so you can even eat it when you are finished! It kept on going for at least 15 minutes, and probably would have continued for even longer if my girls didn’t gobble it all up first. This is a fantastic experiment to try with your kids!

We tried to make dancing gummy worms a few weeks ago using baking soda and vinegar, but it was a huge failure. They just didn’t work and we were so disappointed! So I was skeptical about whether or not this experiment would work.

But it was amazing! It worked pretty much instantly. No waiting. No fussing. It just plain worked!  Take a look at our video!

It’s ridiculously simple! Almost embarrassingly simple! All you need is a fresh bottle of Sprite, a clear glass and a box of raisins. 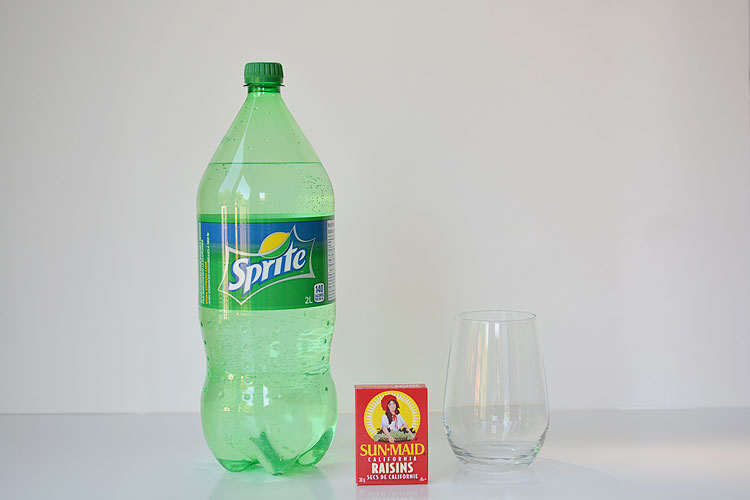 You’ll probably want to use a new, never-been-opened bottle of Sprite. This is all about the bubbles, so if the soda is starting to go flat, it won’t work as well. 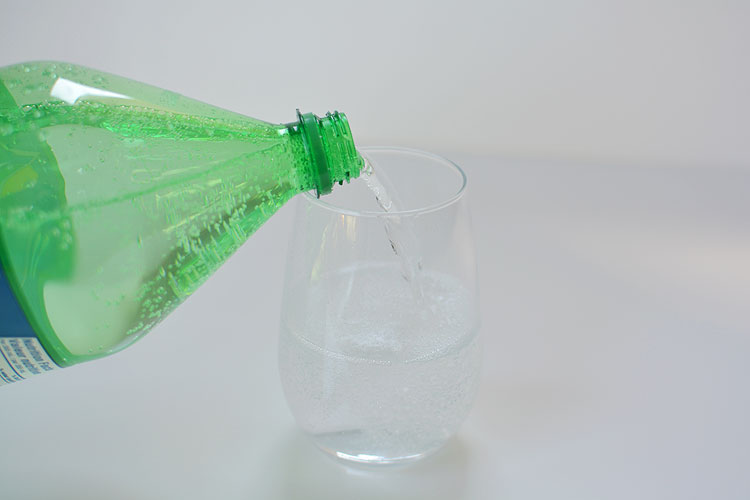 Just use regular raisins. Jumbo raisins might work, but I haven’t tried them, so I can’t make any promises that they’ll do the same thing. 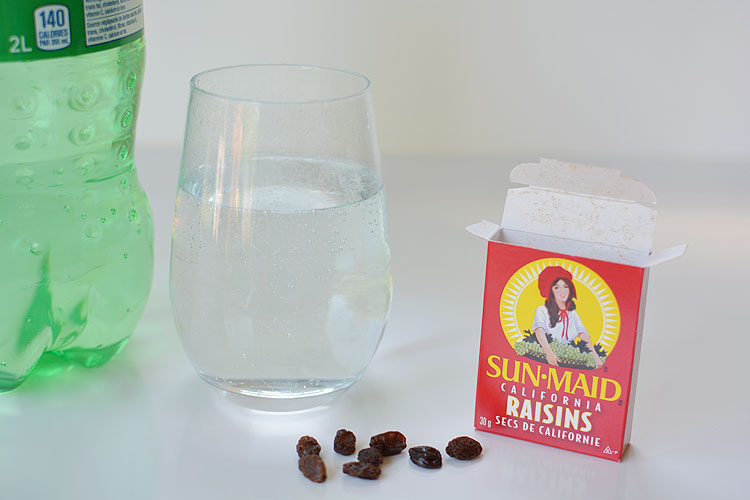 Drop the raisins in one at a time. Or throw in a handful. Either way will work. Just try to hold back from going crazy with a whole box at once. We found it worked best with a maximum of about ten raisins. 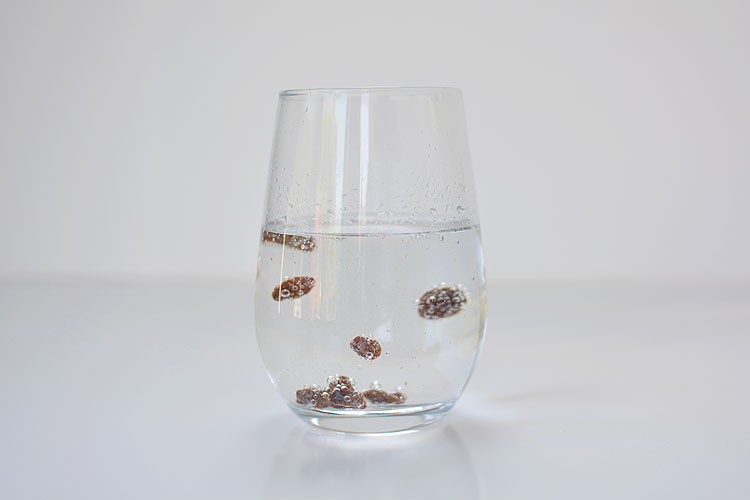 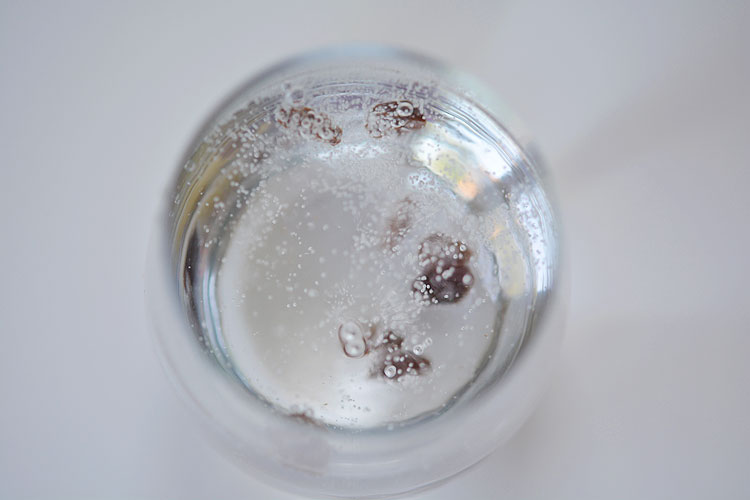 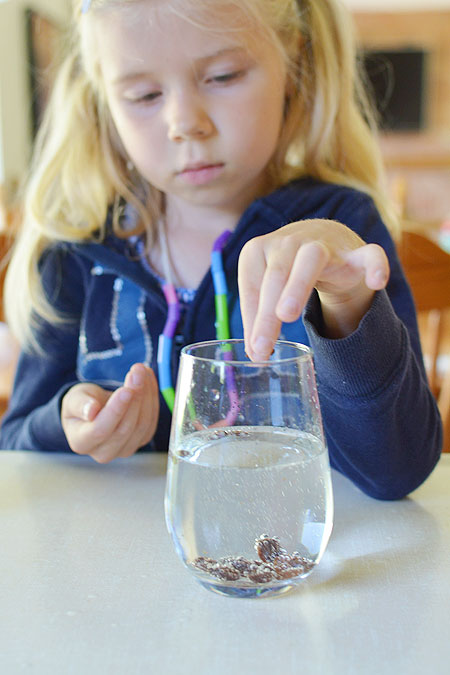 We had them dancing for a good 15 minutes before the girls couldn’t help themselves any longer and they ate all of the soda soaked raisins. 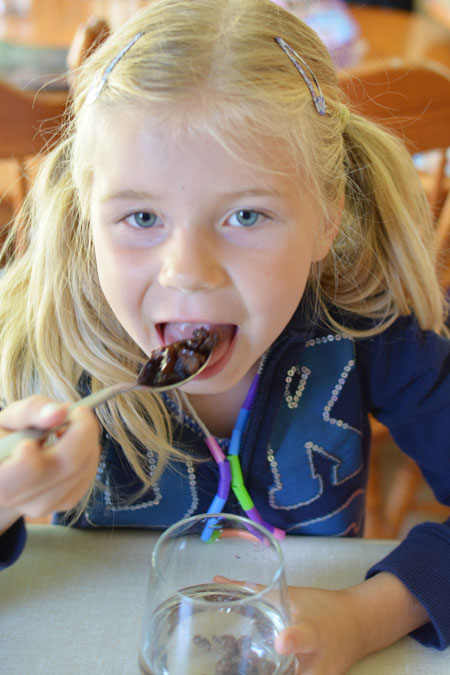 And then they drank the Sprite! We definitely don’t drink much soda in our house, so this was a big treat for them! 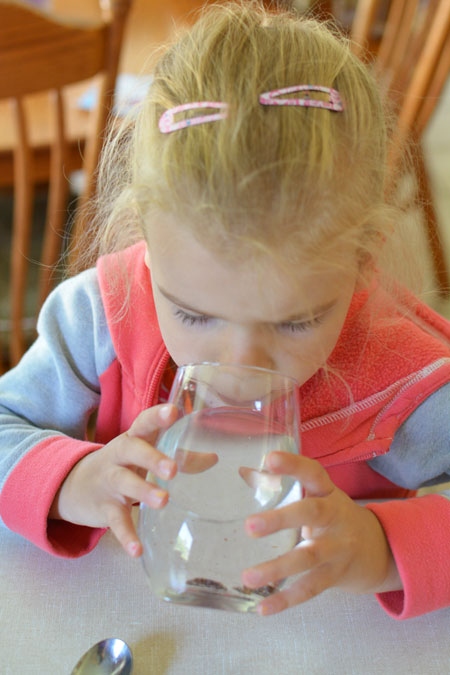 If you are up for a little experimenting, you can try this with different varieties of soda – 7up, Tonic Water and Sprite should work. And you can also switch up the dancing raisins with macaroni, rice, lentils, or other light weight items. I was still clinging to the idea of dancing gummy worms, so I tried mini gummy bears (I didn’t have any worms at home…) but they didn’t work. I guess they are just too heavy. You’ll have to use light weight, relatively dry ingredients only.

This dancing raisins experiment uses simple ingredients, it’s quick to put together, and it’s oh so easy! And the best part of all, is that it actually works! Add the raisins to the soda and they immediately start dancing. When you are all done, you can eat the raisins and drink the soda! I love a good project with no waste!