END_OF_DOCUMENT_TOKEN_TO_BE_REPLACED

Jason’s birthday is December 22nd – a very busy time of year, but this year I’ve had his present planned for months!  I got him a Cuisinart Ice Cream Maker and I’ve been super excited to find out how it works!  We LOVE ice cream in our little family! 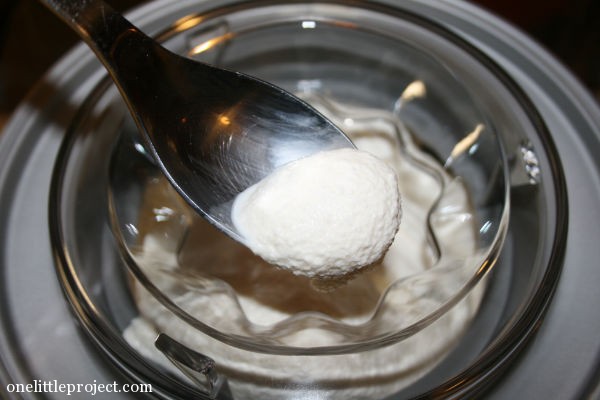 I wanted to write a Cuisinart Ice Cream Maker Review to share how it all worked out because I think it would have been really helpful to see photos of how this contraption actually works before I bought it.  Making my own ice cream was a bit of a foreign idea! 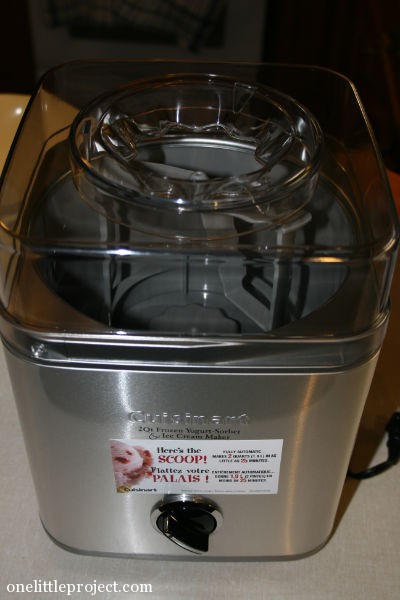 And here’s the recipe we wanted to try out from the instruction manual included with it: 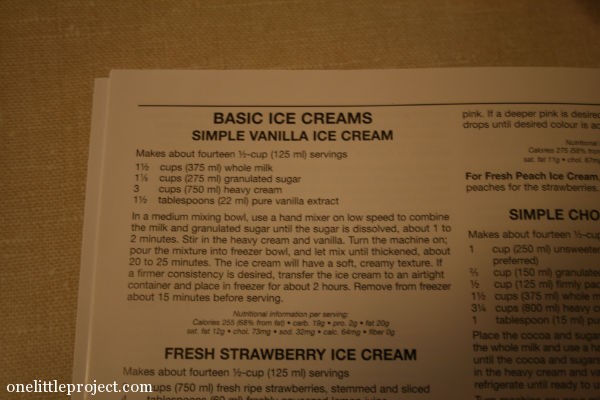 Go figure, the one time I don’t have a gazillion bags of milk in my fridge, it’s the day I want to follow a recipe and blog about it.  So we did have to improvise a little bit and substituted 10% cream for the milk.  But we figured it couldn’t be too bad to have some mega creamy ice cream! 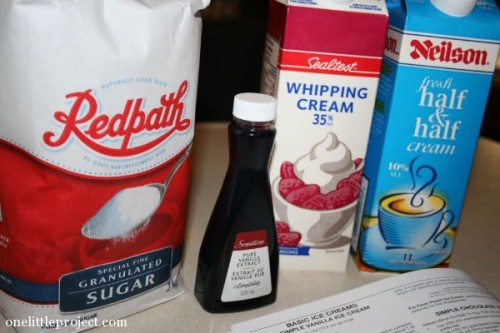 So, this being the first time we were using it, it came as a bit of a shock that you have to pre-mix everything before you put it into the ice cream maker.  (I really thought you’d just throw it all in and it would mix it for you, but no.) Not a huge deal, it just meant extra dishes to clean up. 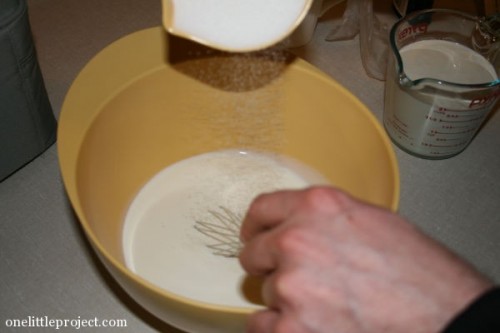 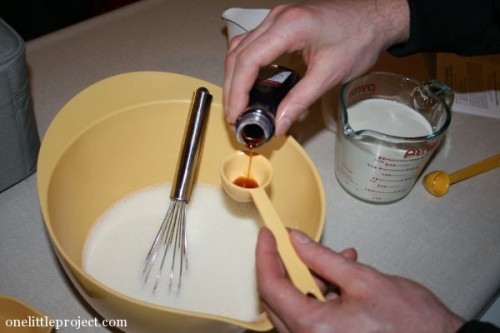 We accidentally had a slip when we were pouring the vanilla so that made it a little too strong.  Oops! 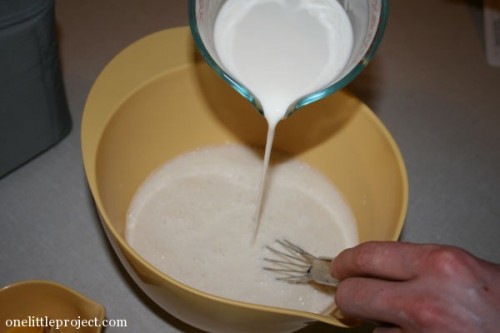 I should mention that the barrel of the ice cream maker has to be put in freezer for 4 to 22 hours prior to making ice cream. (Yupp… 4 to 22 hours… 4 hours is probably not nearly enough unless your freezer is filled with liquid nitrogen. )  Don’t expect to use it as soon as you take it out of the box. 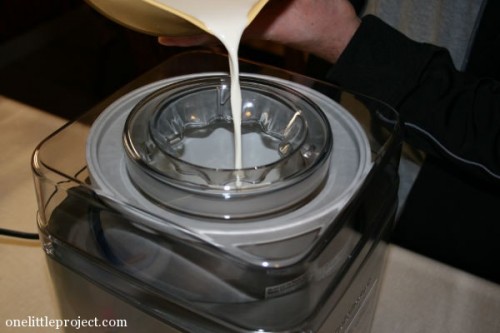 So we poured the mixture into the ice cream maker.  The reviews I read said it was extremely loud so I was a little worried when we first turned it on.  It was loud, but maybe like the volume of a hair dryer.  Didn’t wake up the kids, so that was good enough for me! 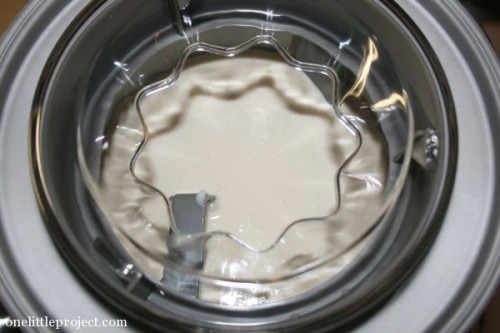 The recipe said it would take 20-25 minutes of churning to get to the right consistency, but it ended up taking closer to 50 minutes.  Maybe our freezer isn’t cold enough to work that fast, but when it was done we were very happy with the consistency. 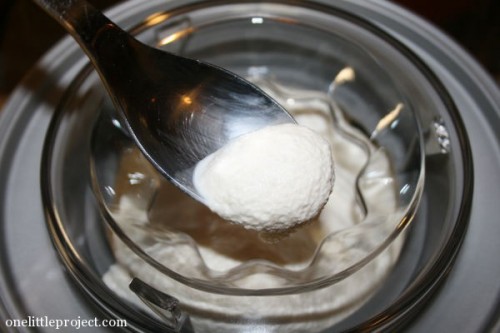 Now here’s where we got a little off course, but that’s not the ice cream maker’s fault.  Being a few days after Christmas, we decided to be creative and added some leftover candy canes into it. 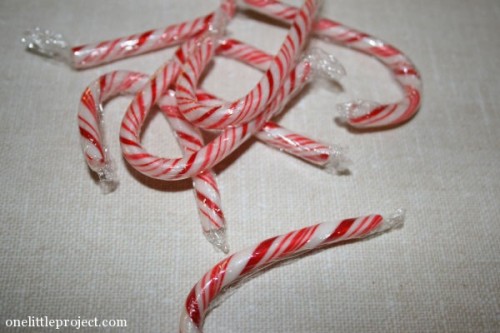 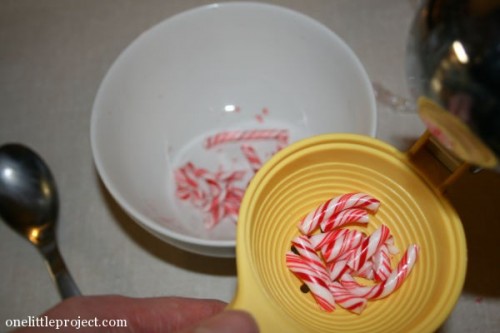 Jason used my really nice Williams & Sonoma Lemon Juicer to do the cracking.  (Not my first choice, but I was out of the room while he did this step.  But I do appreciate that he took pictures for me to blog with!  If nothing else, he said it worked extremely well!) 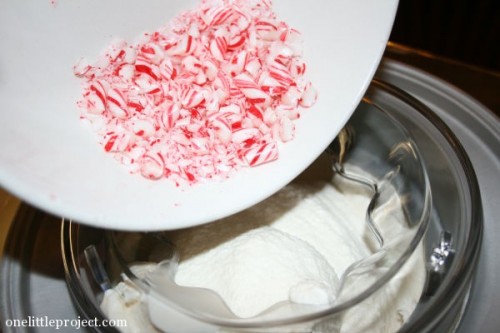 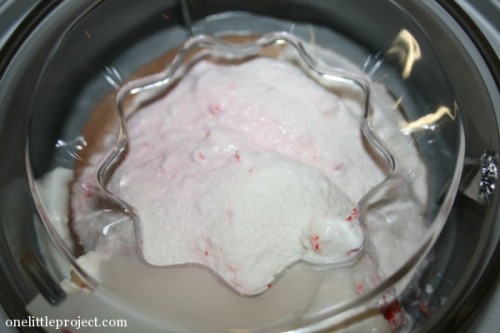 So we added the candy cane pieces, churned it for a few more minutes and it was done! 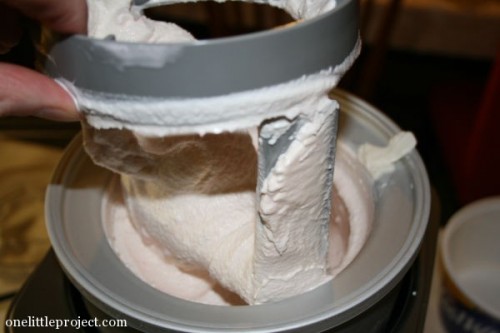 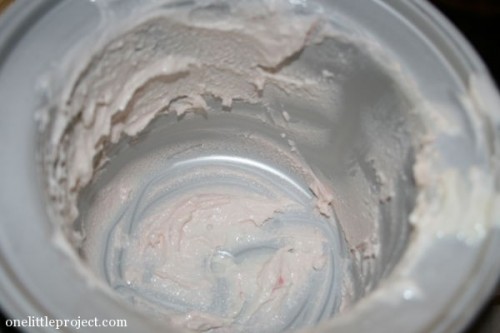 It all seems kind of magical to me, but it definitely made grocery store texture ice cream, so I was happy.  It was maybe a little more runny than regular ice cream, but after we put it in the freezer overnight it had a perfect consistency! 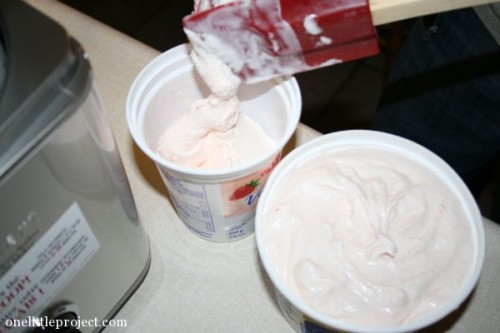 It made enough to fill one Cool Whip container and one yogurt container.  (high quality tupperware, I know.)