END_OF_DOCUMENT_TOKEN_TO_BE_REPLACED

I came across an image on Pinterest the other week of a bundt cake pumpkin and I instantly fell in love with it.  But being the busy mom that I am and not being a huge fan of big cakes, I didn’t want to waste my time making a large cake that no one would eat.  So when I came across mini bundt cake pans

in Walmart I decided that small cakes were much easier (or maybe they were just cuter…?) than making a big cake. 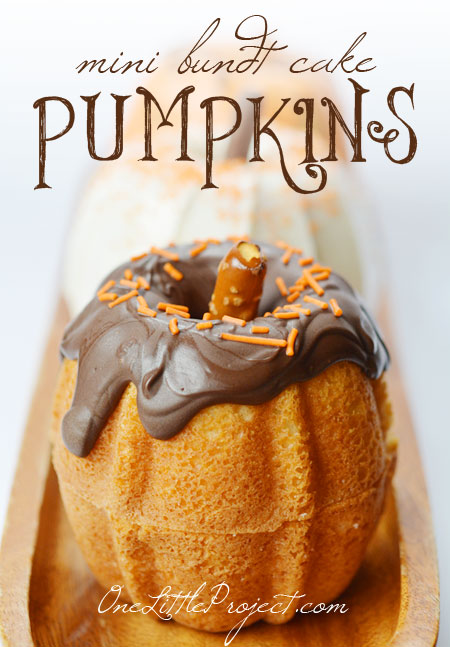 which would have instantly doubled the amount I could have made.  How cute are they though?  I’m not sure if they are Halloween themed, or Thanksgiving themed, or just autumn themed, but I think they are just plain cute! 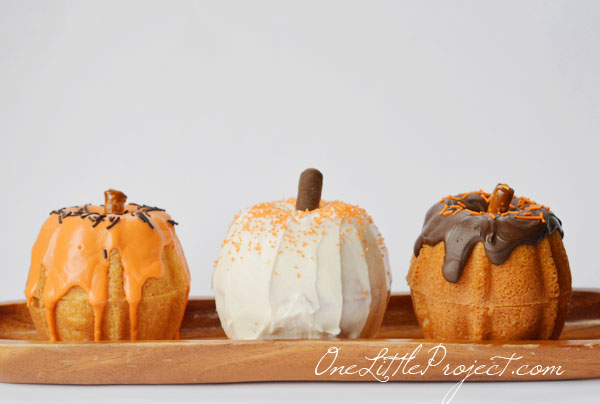 last year for Christmas and the stuff is amazing!  I definitely recommend giving it a try to prevent sticking in more detailed cake pans.  You just squirt a generous amount into the cake pan, and use a basting brush to make sure all the fine grooves are coated. 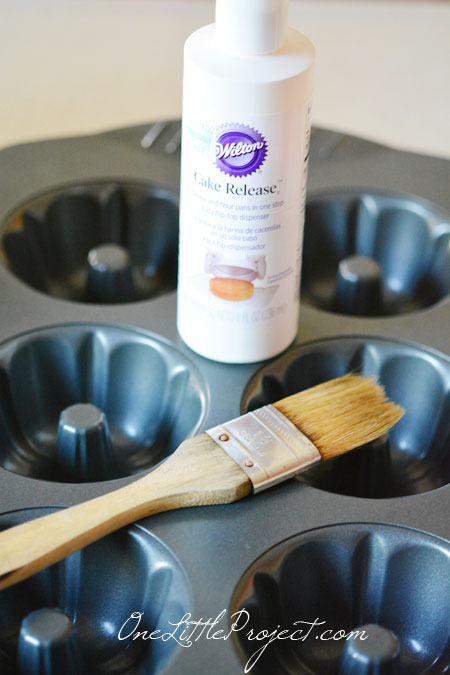 I just used a Betty Crocker French Vanilla boxed cake mix. I didn’t quite use up all of the batter, but I didn’t really want to fill the containers more than what I show here: 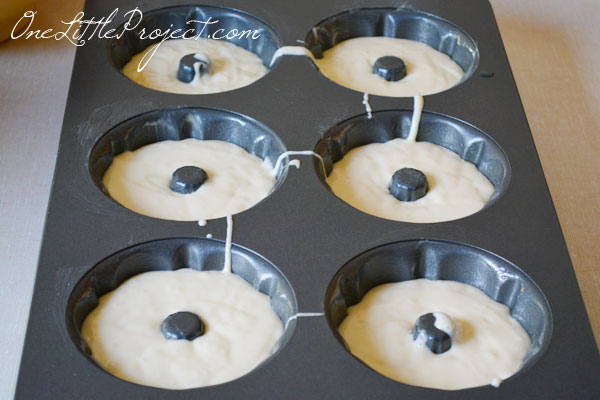 Which is good, because when they came out of the oven they had expanded to be this size:

But on the bright side, they came right out of the cake pan with no fussing because of the awesome Wilton cake release 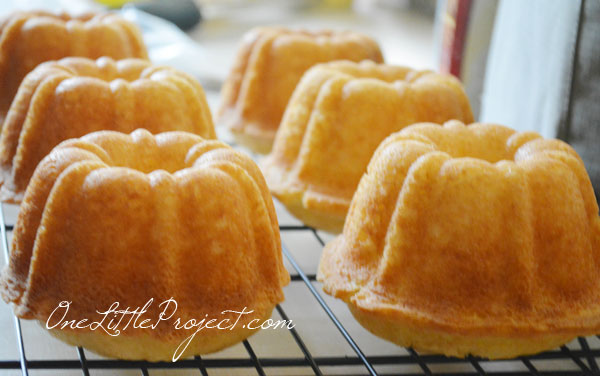 Slightly unfortunate that the tops were so rounded, but what are you going to do?  I just used a sharp knife and trimmed them down to a more appropriate size: 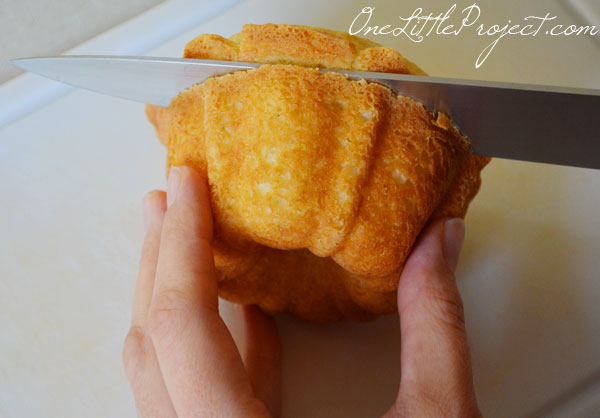 And when you line them up and stack them on top of each other they make an adorable little pumpkin, just waiting to be decorated: 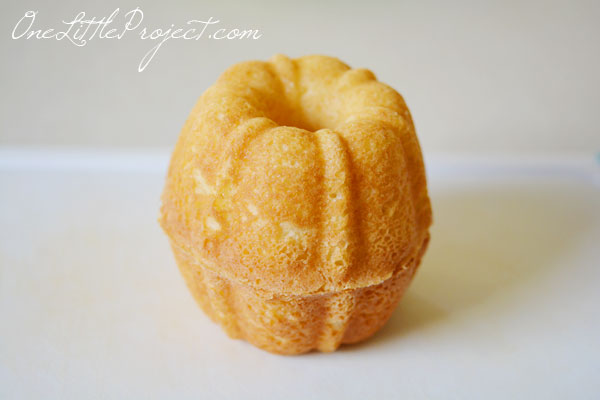 I had no idea how to get the drippy icing look, so as usual I winged it.  I originally looked up pourable fondant recipes, but they made a TON of icing that I just didn’t need.  So I used leftover orange Merckens

from when I made the chocolate covered pumpkin pretzels last week for the orange “icing”.  And I melted some regular chocolate chips for the brown icing.  For white I just used a tub of icing from the grocery store. 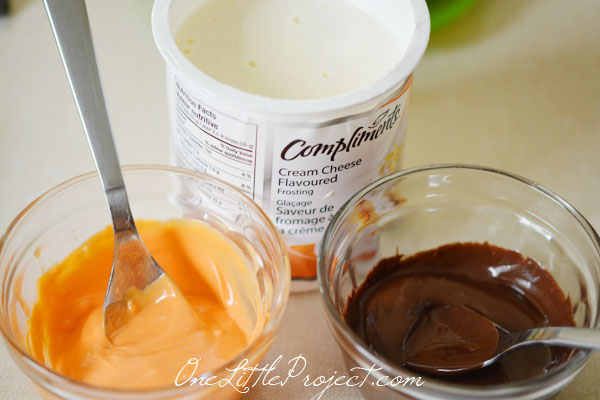 I melted the chocolate in the microwave on ultra low power for 2 minutes, stirred it up until all the lumps were melted and then I poured it right on top of the pumpkins: 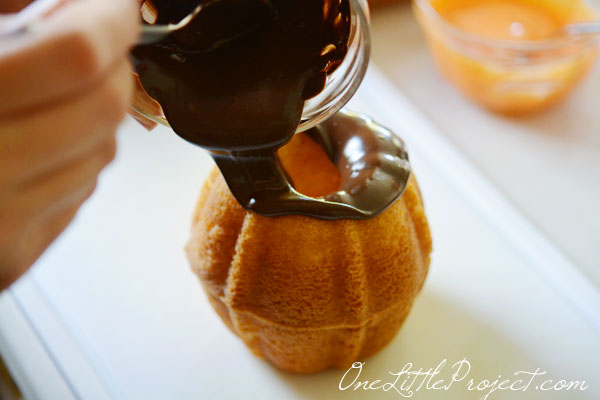 I’m not sure what I’d do without the bulk store?  I bought about a tablespoon or two each of the different coloured sprinkles for less than 25 cents each.  Perfect since I didn’t need very much! 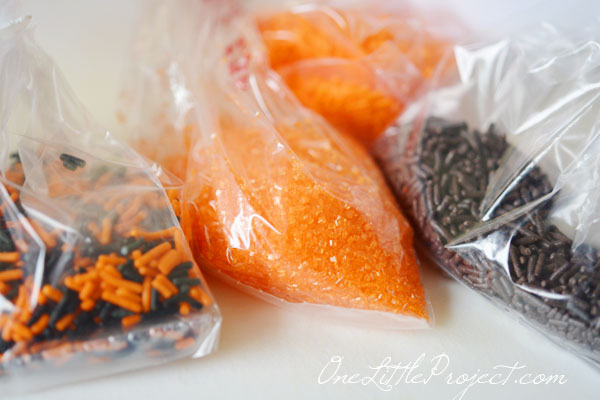 While the chocolate was still wet, I sprinkled the sprinkles on top very sparingly: 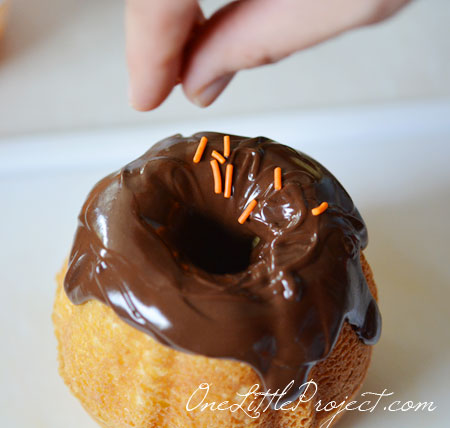 I bought a few “stick” like items at the bulk store to use as the pumpkin stems.  I ended up breaking a pretzel rod in half for one of them, and using a chocolate covered lady finger for the other one. 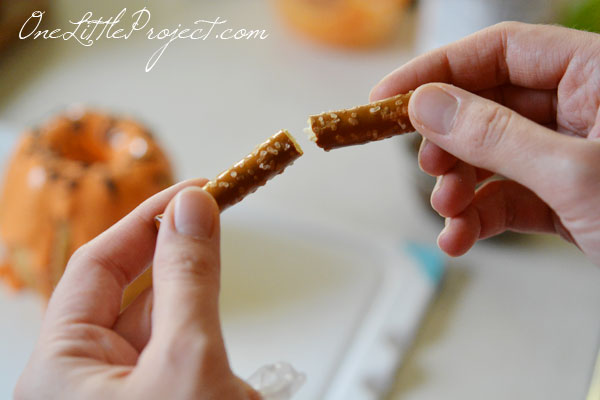 Here are my colour combinations: 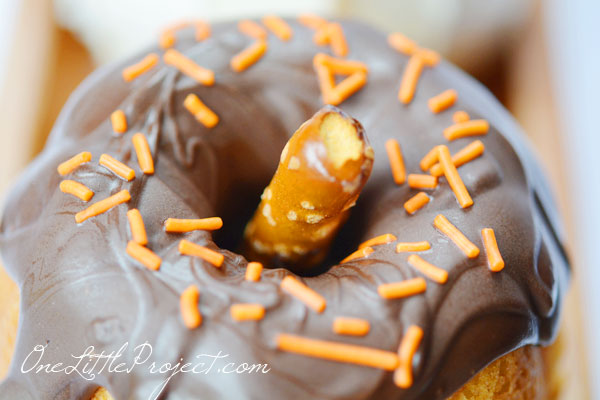 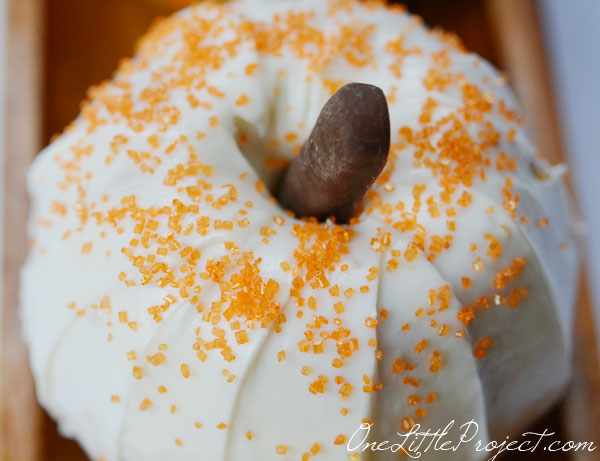 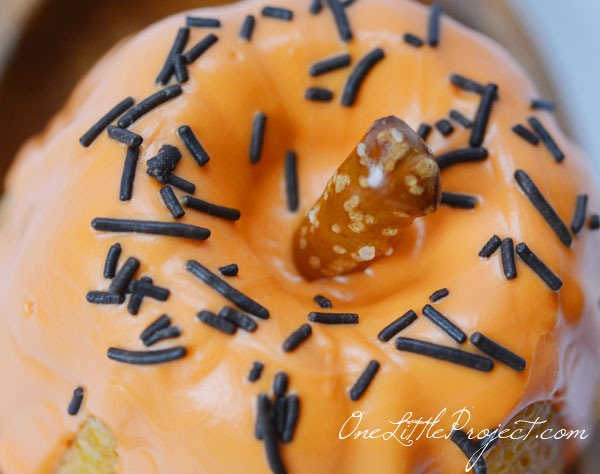 After finishing these I realized that it definitely would have been easier to make one large bundt cake pumpkin rather than three mini bundt cake pumpkins.  But at least these turned out to be incredibly cute: 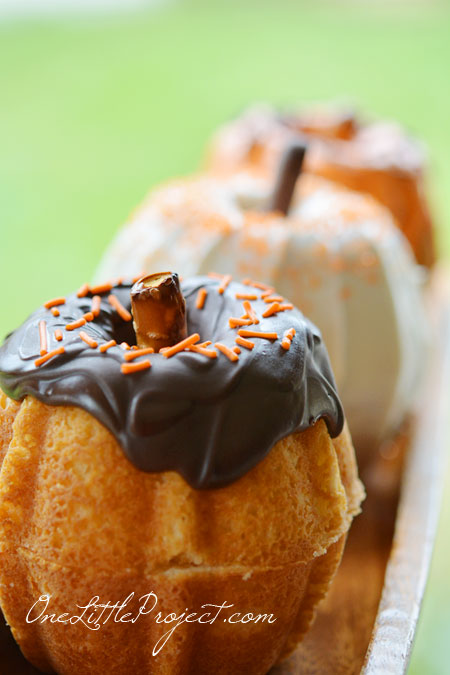 These would be fantastic for any autumn party event. I love that they don’t have to be used for something with a Halloween theme. 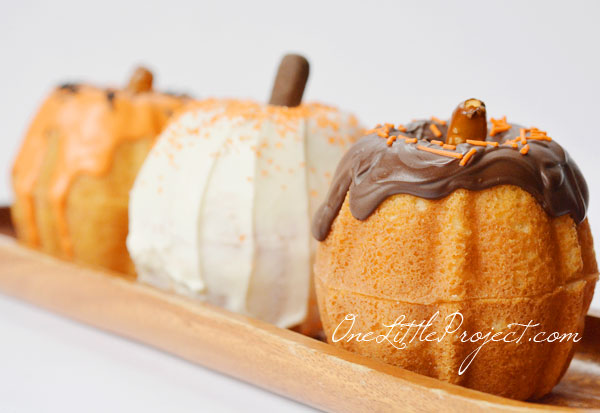 Using plain melted chocolate for the icing definitely made for a solid surface, but that was okay with me.  I just wanted them to look pretty.  And hey, who has ever complained about something being too chocolatey? 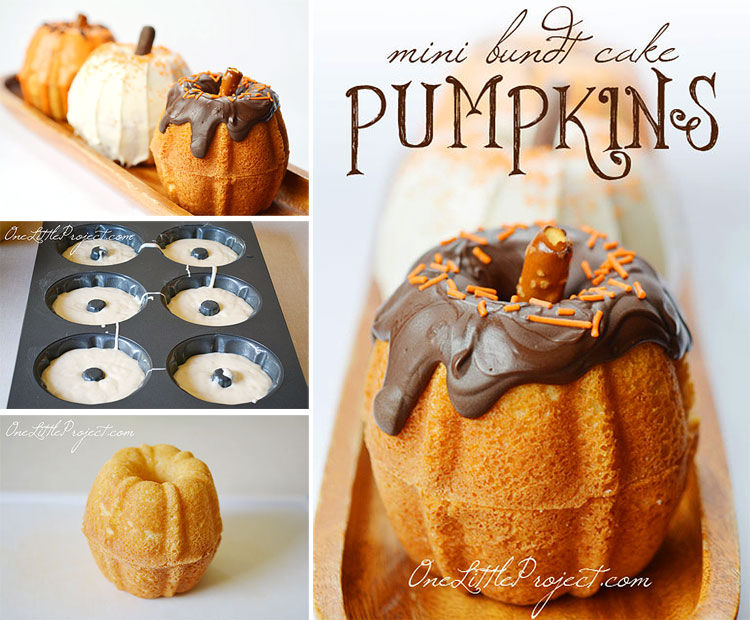