END_OF_DOCUMENT_TOKEN_TO_BE_REPLACED

I’m sure we’ve all heard of having an “egg in a hole” for breakfast where you cut out a circle from a slice of bread, fry it in some melted butter and cook the egg inside the hole?  (If you haven’t, you need to make it for yourself tomorrow morning!)  You can use the same concept as an “egg in a hole”, but fry up your eggs in bell pepper rings instead!  I can’t believe that I have never come across this idea until now, but I think it is genius! 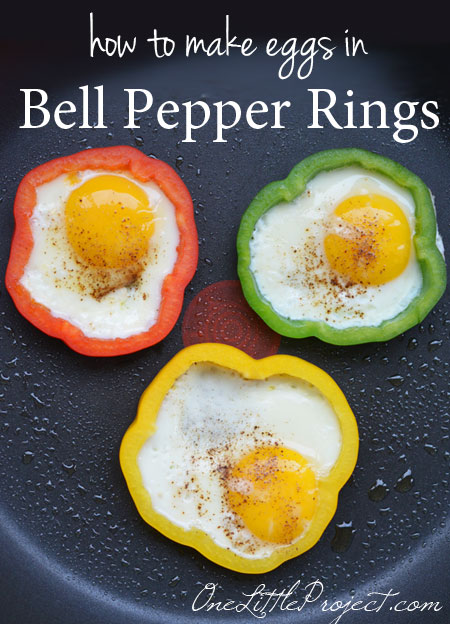 I’m not going to lie… this breakfast idea isn’t cheap at this time of year!  I think my peppers cost almost $3 each at the grocery store.  But at least they are super healthy.  And hey, we all know that I love anything with bright colours! 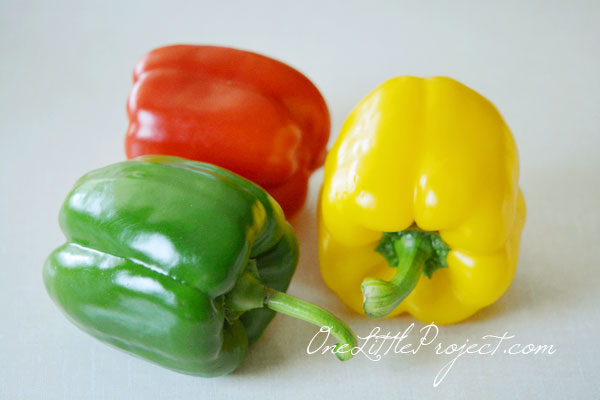 Slice your peppers into 1/4″ to 1/2″ rings.  This might seem self explanatory, but it was harder than I expected.  I wish I had taken photos to demonstrate how NOT to cut a pepper.  Basically, you need to push the knife through the entire pepper, including the part with the seeds, keeping the knife as straight as you can.  If you don’t cut it straight, your egg will leak out, as you can see in my photos below. 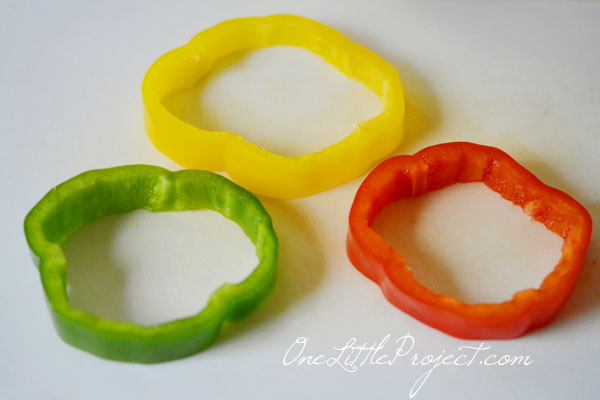 Preheat your frying pan and spray it with something so things don’t stick.  I used an olive oil spray

, but you could just as easily use butter or oil, or even PAM cooking spray

.  You don’t need a lot, just enough to keep the eggs from getting stuck.  Throw in the peppers. 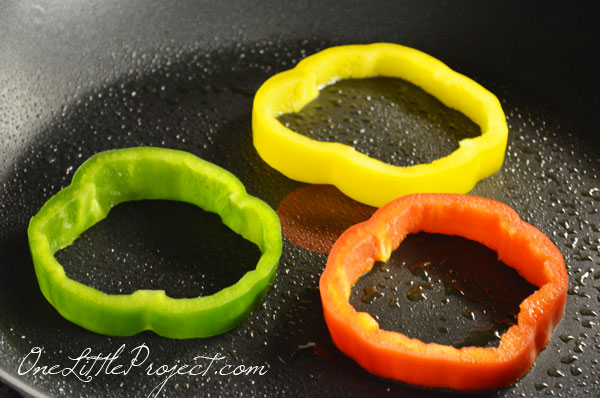 Break the eggs into the pepper rings.  This is where you can see how the egg leaked out of my green pepper ring.  Oops!  That was the pepper I cut first, so apparently I needed practice to get it right.  So this is what happens when your cut isn’t completely straight: 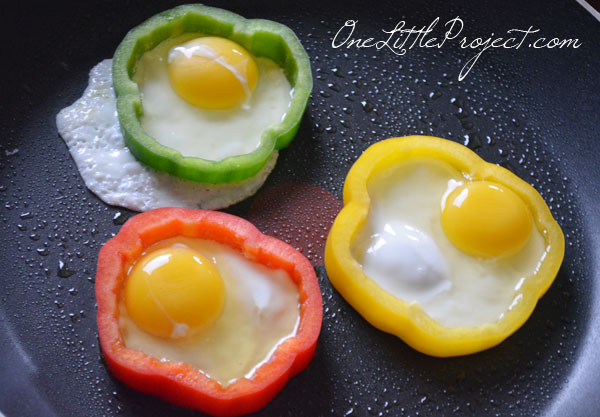 No need to worry though!  Egg separates really easily as long as you’ve used a non-stick spray.  I just used a butter knife to cut it away from the edges of the green pepper.  Shhhh… don’t tell anyone! 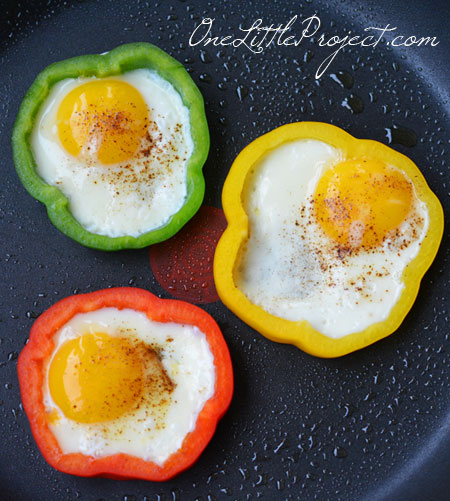 Aren’t these pretty!?  And to tell you the truth, they were surprisingly delicious!  The peppers had such a great flavour – like what you get when you roast peppers.  I wasn’t sure these were going to taste good, but rest assured, they are pretty AND delicious! 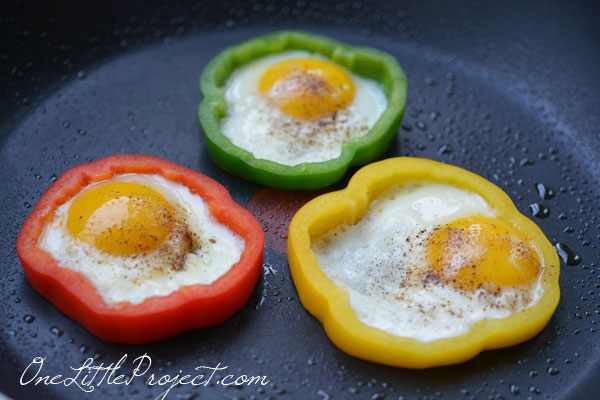 I wasn’t sure how thick my rings needed to be, so mine were closer to half an inch thick.  Which in retrospect was slightly too thick.  You can see how thick the yellow pepper is in the photo above.  (And my-oh-my there’s another cut that wasn’t very straight!  My husband often tells me I have to work on my slicing skills!  There’s nothing like photographic evidence to prove him right!) 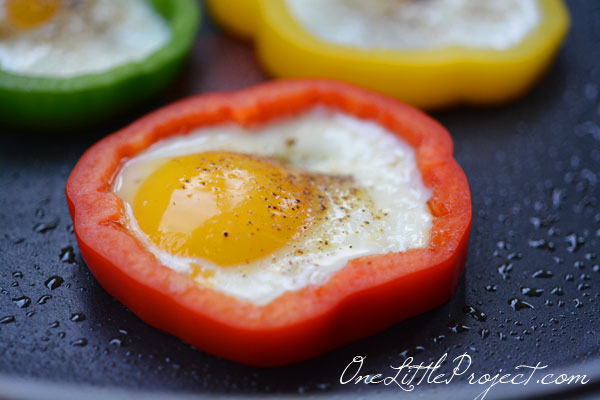 These make a nice, easy and healthy breakfast option!  There is little to no preparation required – they are pretty similar in effort to regular old eggs sunny side up.  What’s that you say?  You don’t like your eggs sunny side up?  No problem!  Flip them over to get the other side of that egg cooked!  (If that’s your plan I definitely recommend 1/4″ slices).  Or you could even try scrambling the egg before you put it into the ring, and make a quiche in a pepper ring.  There are lots of great options for this, don’t you think?