END_OF_DOCUMENT_TOKEN_TO_BE_REPLACED

There’s something about a Sunday morning breakfast that just begs for new or special recipes, which is why I tried out these eggs in a muffin tin last weekend.  By the time Sunday rolls around, I just can’t bare to look at another bowl of cereal or slice of toast and I’m in need of something different – if not only for my tastebuds, then for my sanity! 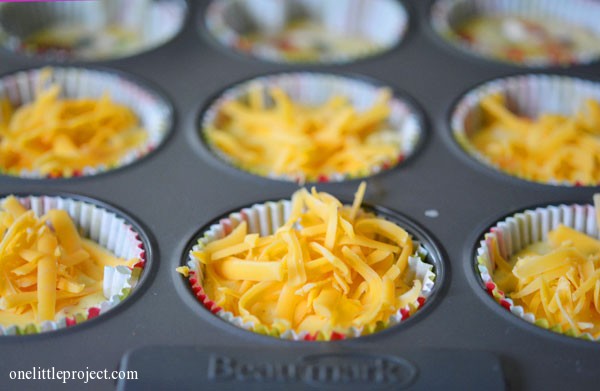 These were delicious AND fun, so I will definitely be making them again.  There are so many recipes that you can try in muffin tins, other than muffins and cupcakes, so this was my first adventure.  (Actually, I suppose that’s not 100% true, I made hard boiled eggs in a muffin tin awhile back, which was also very cool!). 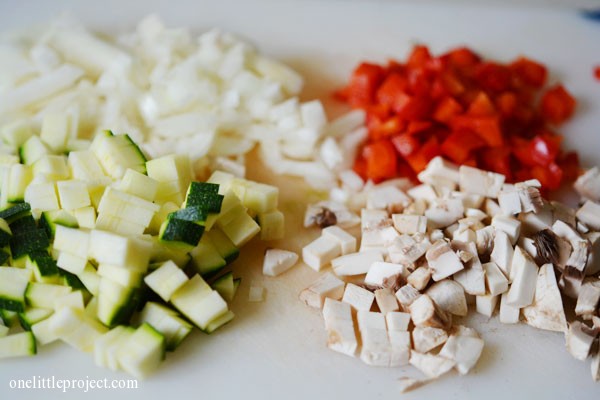 I wouldn’t exactly say there’s a recipe for this.  I used fresh chopped onion, red pepper, zucchini, and mushrooms in these, but the sky’s the limit for what you could put in.  Bacon, green onion and cheese would be amazing!  Or spinach and parmesan cheese, maybe? 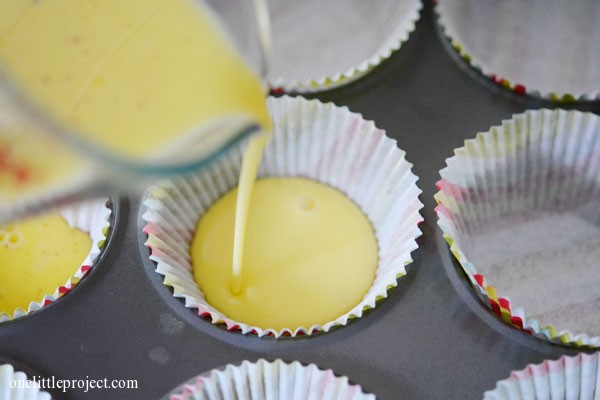 Beat together 6 eggs, and about 1/4 cup of milk and pour it into the muffin tin liners.  I also added a dash of nutmeg for some extra flavour.  If you want them to be bigger than what you see in my photos, either add more eggs, or don’t make the full dozen.  They did rise a little bit, but not very much. 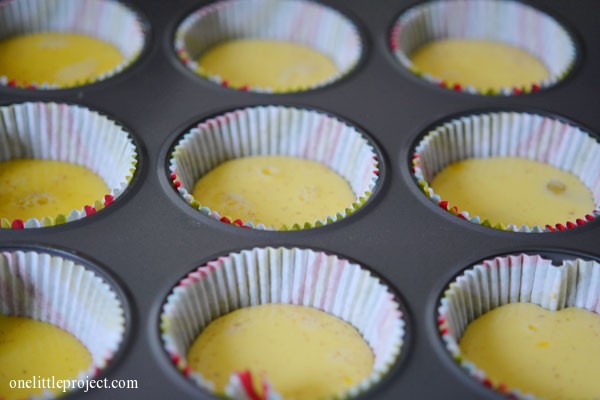 I sprinkled all the fresh veggies on top of the eggs, rather than mixing them together so that they’d be evenly distributed. 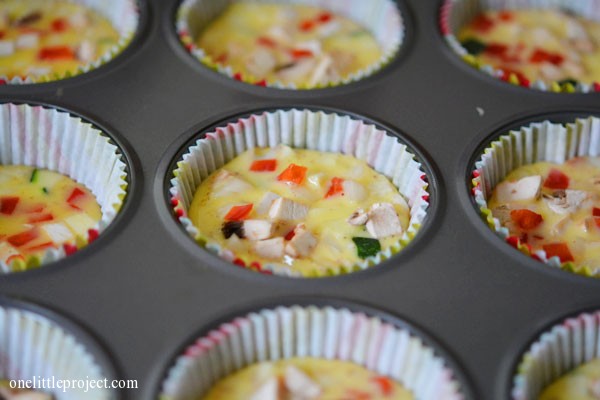 Then I topped it with some fresh cheddar cheese. 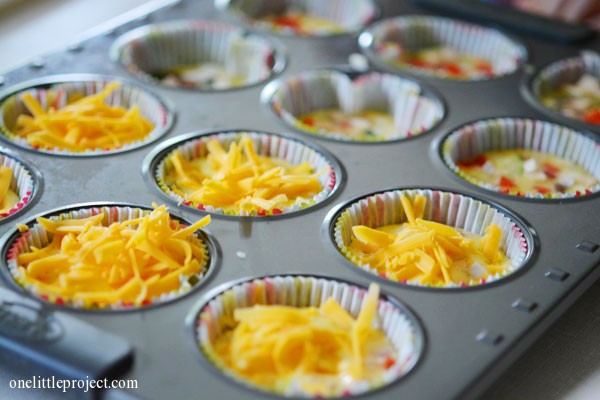 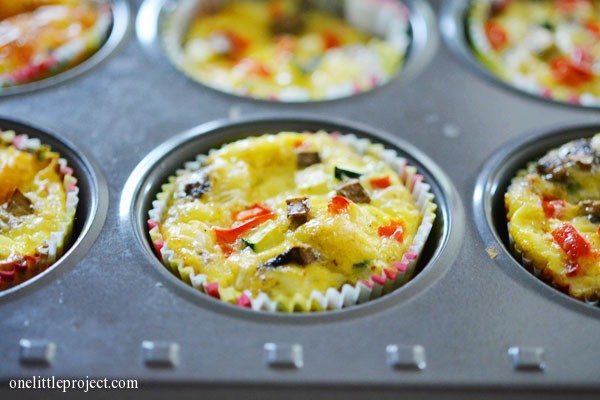 These were delicious!  Not exactly a new flavour or anything – it’s pretty much just a fancy way of making individual omlettes, but it was still fun to try, and they turned out wonderfully! 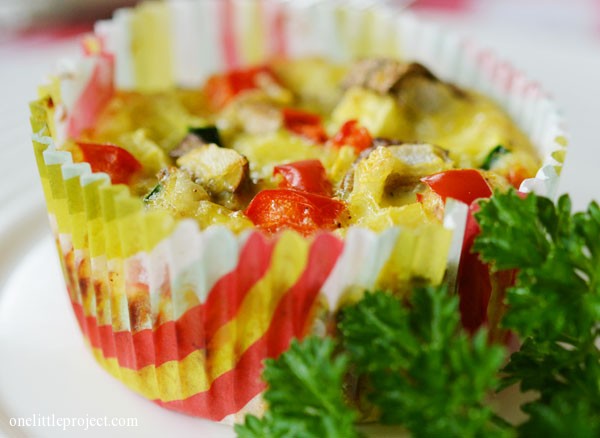 The eggs did stick to the cupcake liners a little bit, but not too badly.  It was way better to have it stick to the paper lining than to have to scrub it all out of the muffin tin!   The cleanup for these was a breeze! 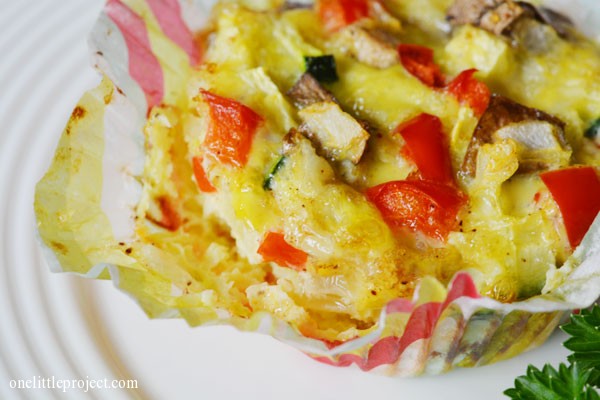 Plus, it gives you the option to personalize breakfast for everyone in the family.  Get the kids to help, and they can choose exactly which veggies and/or cheese that they want in their meal.  Leah had a blast distributing all the veggies into all the cupcake liners!

I never did master the art of making omlettes (mostly the flipping part… it gets me every time!) so it was great that these were fool proof!