END_OF_DOCUMENT_TOKEN_TO_BE_REPLACED

These flower shaped s’more pie pops are an adorable summer treat! And they turned out to be so pretty with their golden brown colour, and just a pinch of coarse sugar to add some texture. It’s a great little treat to make with the kids! The heart shaped mini blueberry pies that I made earlier this year were soooooo delicious that I’ve been wanting to try a variation on the recipe for awhile now! And come on… who doesn’t love s’mores?!

These s’more pie pops turned out to be beautiful (or at least some of them did), and they were delicious! BUT… they were a bit frustrating to make and they definitely weren’t perfect, which drove the perfectionist in me a little nuts. The marshmallow melts away in the oven and some of it leaked out of the edges. And the melted chocolate leaked out of the cracks in the top of the pie crust (which is actually yummy now that I think about it…) where I had trouble getting it to cover the goodies inside.

The flower shape is a tricky shape to get to seal properly, so they aren’t going to be flawless. But they taste amazing! The pie crust hardens in the oven, making them kind of like s’more cookies on a stick. Yum!

I think my biggest mistake was that the flower cookie cutter I chose just wasn’t big enough (my flower cookie cutter was 2-1/4″ wide at its widest point). It was super cute, but my s’more pie pops were just a little bit too small to be able to stuff enough chocolate and gooey marshmallow into without tearing the top pie crust. So if you make these at home, I definitely recommend using a cookie cutter that’s at least 3″ wide.

Plus, if you make them bigger, you won’t need to make so many of them. It takes a lot more time to shape, press, and seal 15 pie pops, rather than, say 8 pie pops. But by the time I figured that out it was too late. You can definitely make them just like mine, but they won’t be flawless. So don’t say I didn’t warn you.

If you choose a larger cookie cutter, you’ll be in much better shape! (No pun intended… ha!) 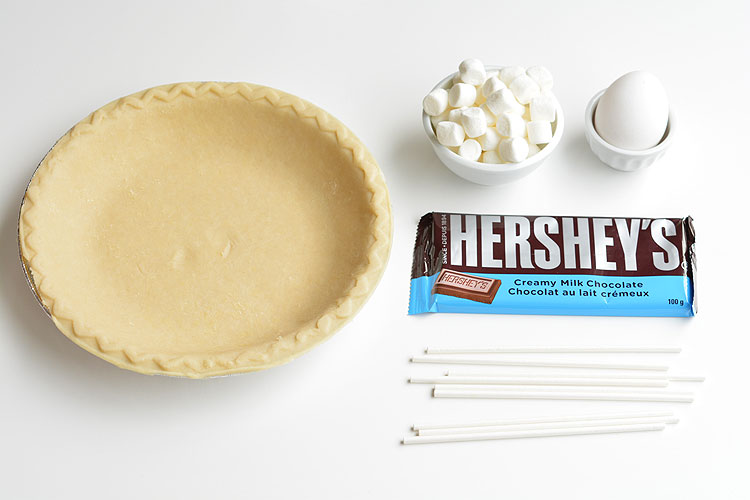 Once the pie crust defrosts, gently pull it out of the pie plate and roll it flat with a rolling pin. You can sprinkle some flour on it if you notice the rolling pin sticking, but I didn’t have any problems with mine. 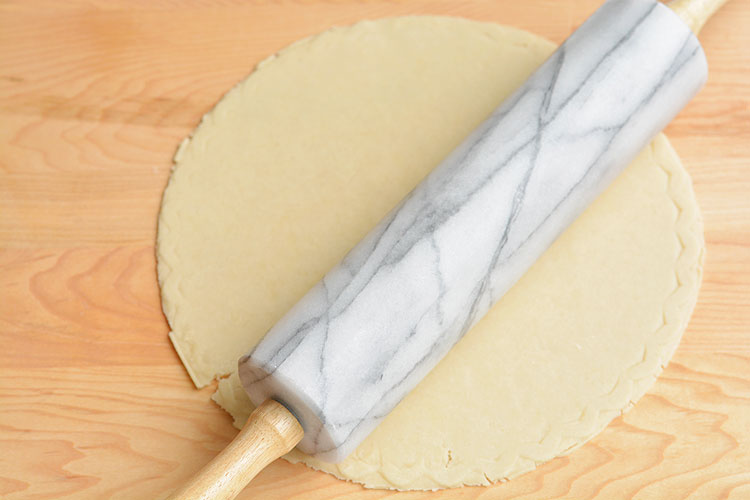 Using a flower shaped cookie cutter, cut the shapes out of the pie crust. My cookie cutter was fairly small, so I managed to get 15 flowers. And since the frozen pie crusts I used came in packages of 2,  I cut out 30 flowers for a total of 15 pie pops. 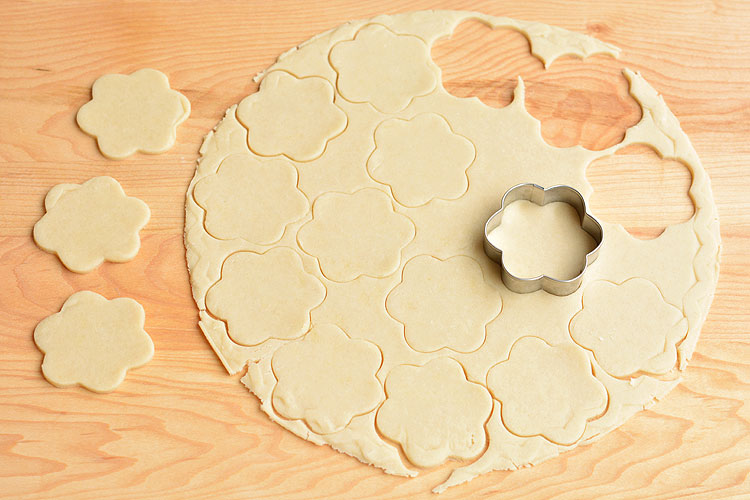 Arrange the flowers on a cookie sheet lined with parchment paper. Make sure you offset them so there’s enough room for the lolly pop sticks. 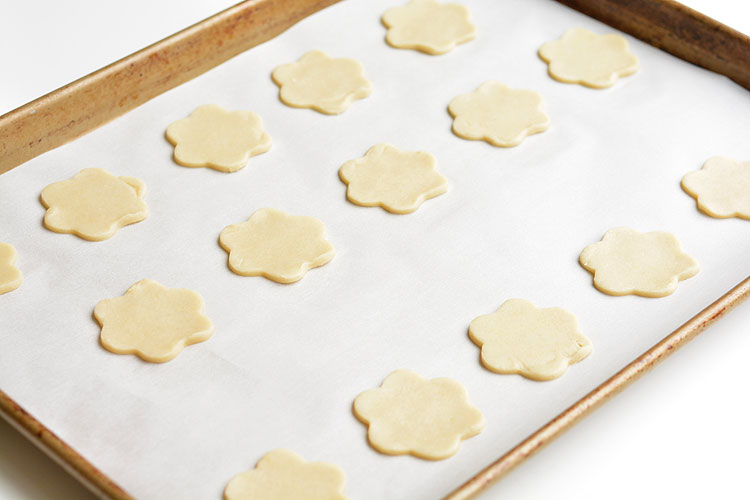 Beat an egg and spread it on the edges of the shapes to help seal them closed. Since mine were so small, I just covered the entire flower. But when I made the heart shaped mini blueberry pies, they were big enough that I only had to do the edges. 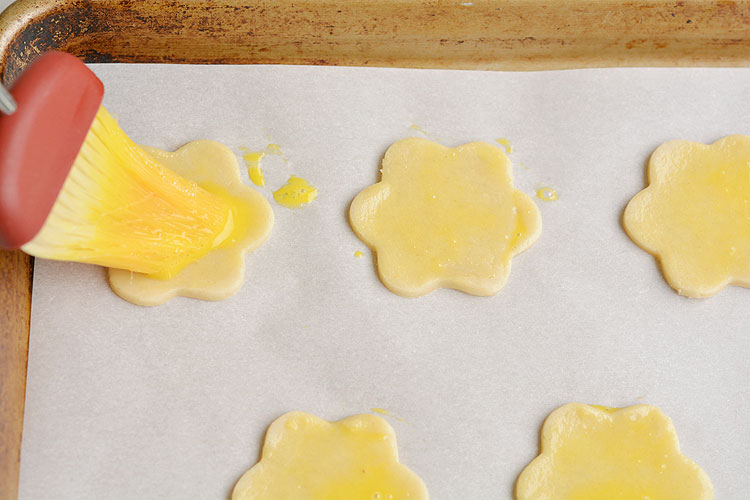 Gently press the lolly pop stick into the pie crust and press it down slightly to indent it into the dough. That will help keep it in place so the pie pops actually stay on the stick once they’re baked. 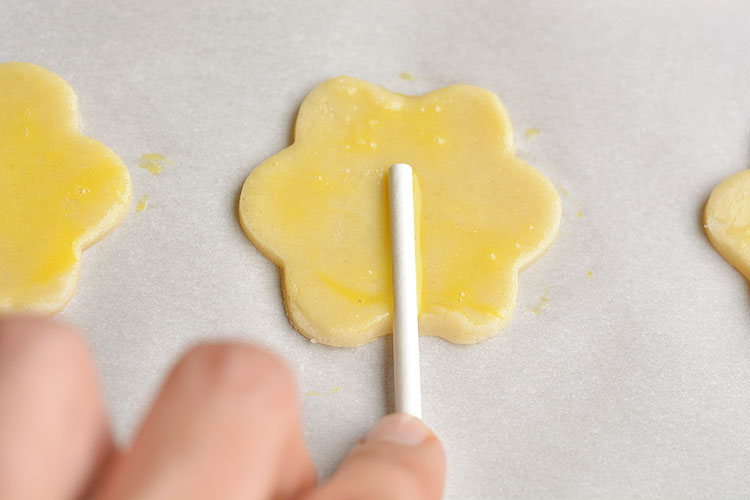 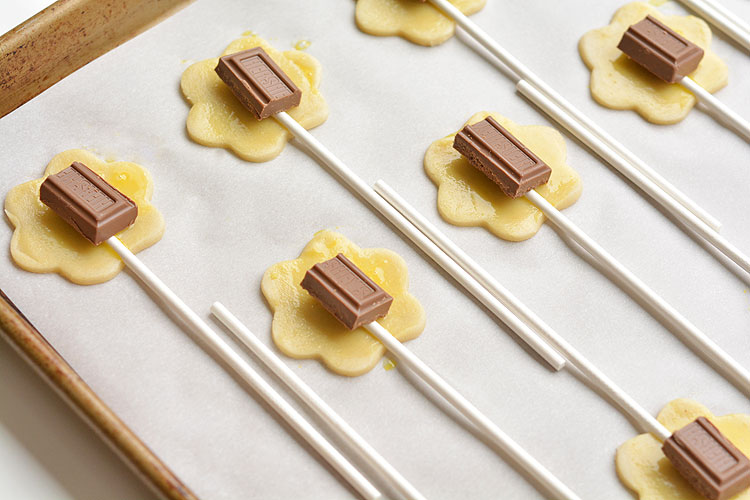 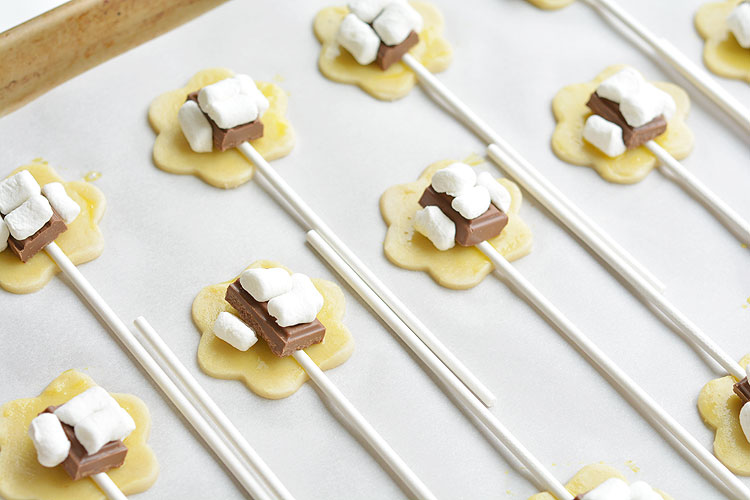 Then add the top piece of pie crust to cover the bottom and seal it closed by pressing a fork down around the edges. I had to stretch out my top pieces of dough because they weren’t big enough to cover the chocolate and marshmallows. I used my fingers to pinch them out in all directions to make them bigger. 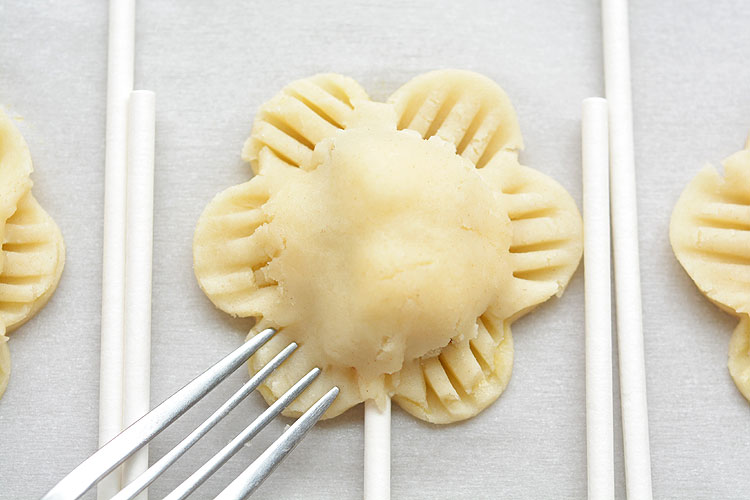 Then brush the outside of each flower with the beaten egg and sprinkle the top with coarse sugar before baking them. 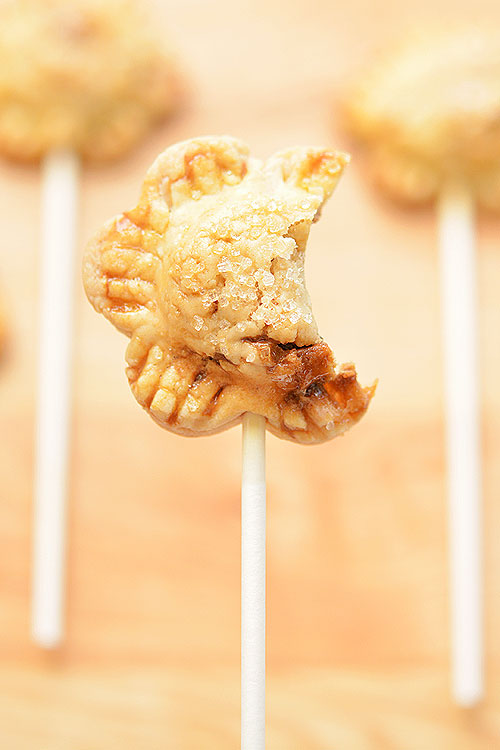 Aren’t they pretty?! I mean, they aren’t perfect, but they’re definitely pretty with that perfect golden brown colour and the fine texture added by the coarse sugar! 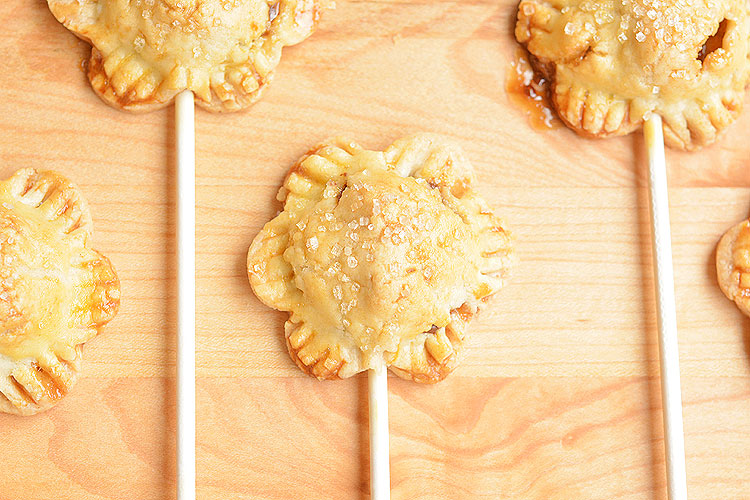 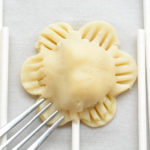 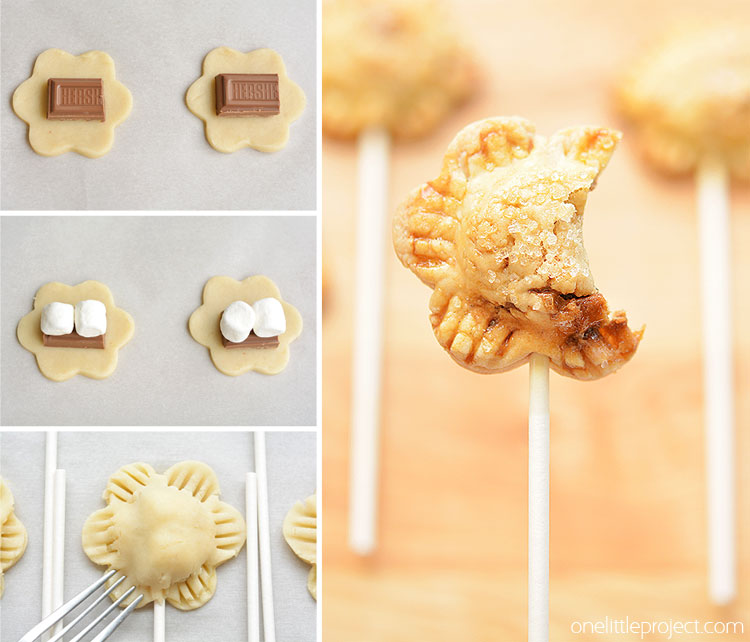 These flower shaped s’more pie pops take a little bit of effort to put together, but they’re completely adorable! And they taste sooooo good! Who doesn’t LOVE melted chocolate and marshmallows!? Yum!

You can also check out the heart shaped mini blueberry pies that we made. Oh, that glaze was amaaaaaaaazing!! 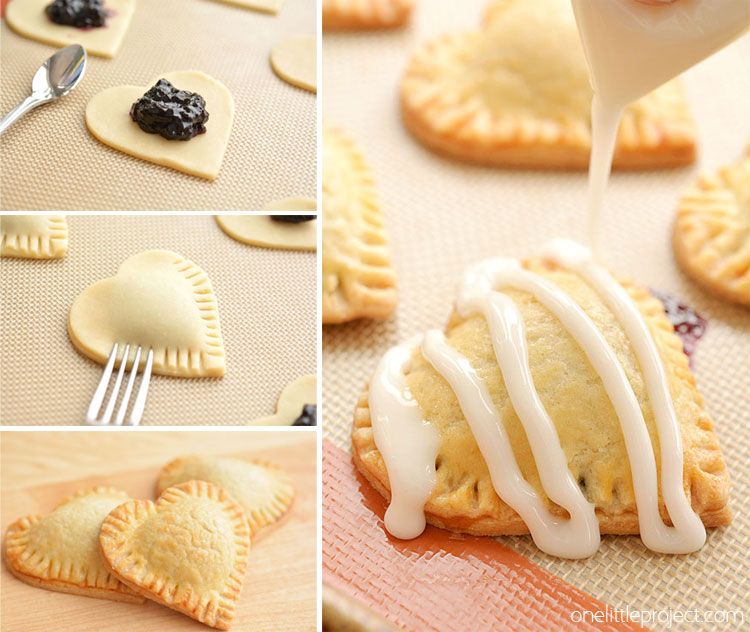