END_OF_DOCUMENT_TOKEN_TO_BE_REPLACED

I LOVE how Kate’s rainbow M&M’s first birthday cake turned out!  I was so disappointed when Leah’s 3rd birthday cake didn’t work out properly.  I’m so stubborn that I wouldn’t accept the defeat, and I had to try it again on a 1 shaped cake! 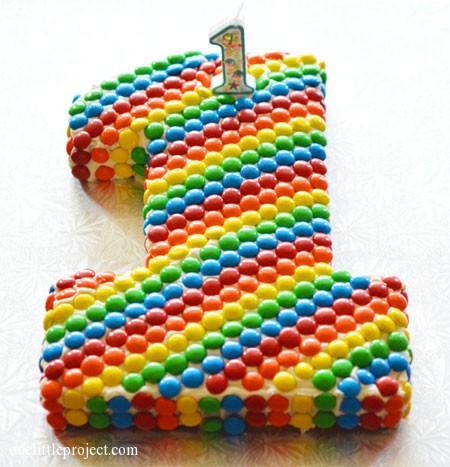 The problem I had with Leah’s cake, was that the M&M’s dissolved in the homemade icing I made and fell off.  So I didn’t want to take any chances this time.   Since I used the same type of icing and cake as I did for the smash cake, I tested how the M&M’s would stick to the icing the day before I made this cake to make sure they would stick: 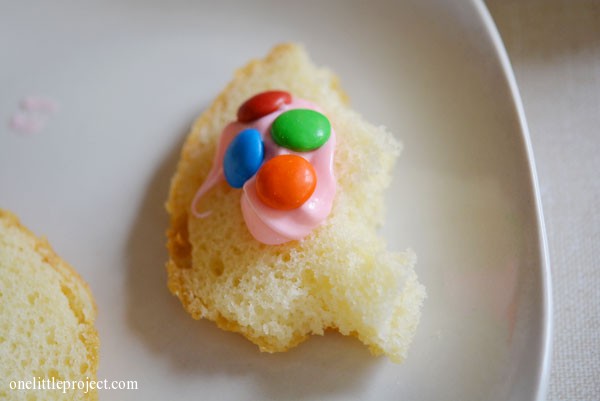 I used store bought boxed cake (I made the cake from scratch last time) and I used a tub of store bought french vanilla icing.  Obviously bundt pans were not going to work for a number 1 so I used a 9″x13″ baking pan for the cake and cut out the shape myself. 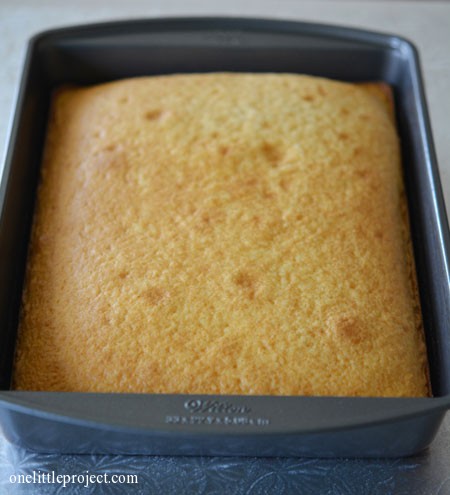 When the cake came out of the oven, it had a rounded top, so I just used a large knife to slice off the top to make it lay flat: 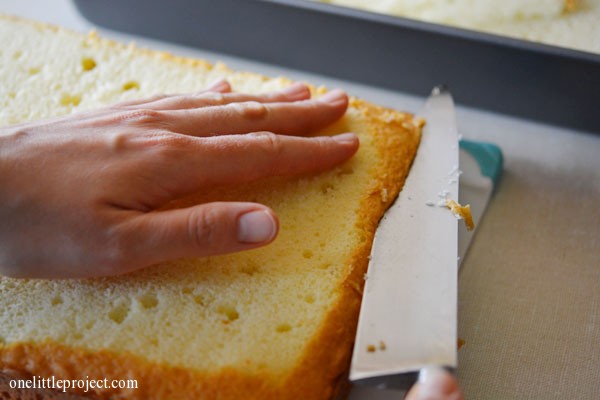 I flipped it over on the cutting board and scored the surface of the cake with a knife to sketch out the shape of a number 1.  I didn’t bother using a template – a 1 is pretty easy to guess at: 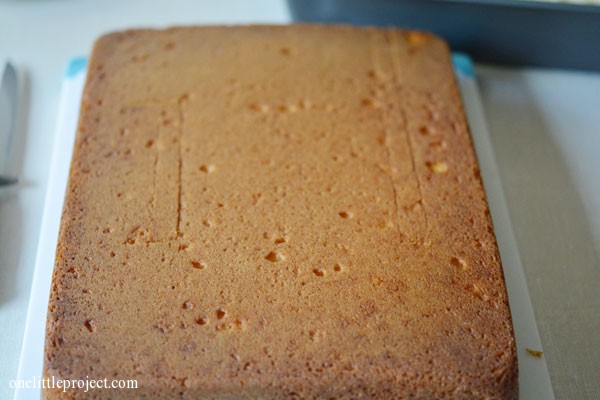 I cut out the pieces of the cake where I made the score lines: 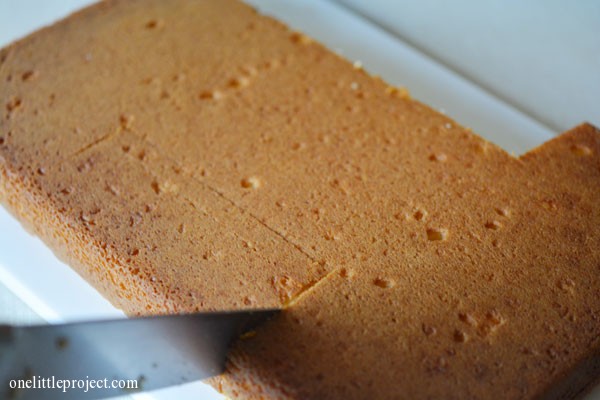 So here is what the carved out number one cake looked like before it was iced: 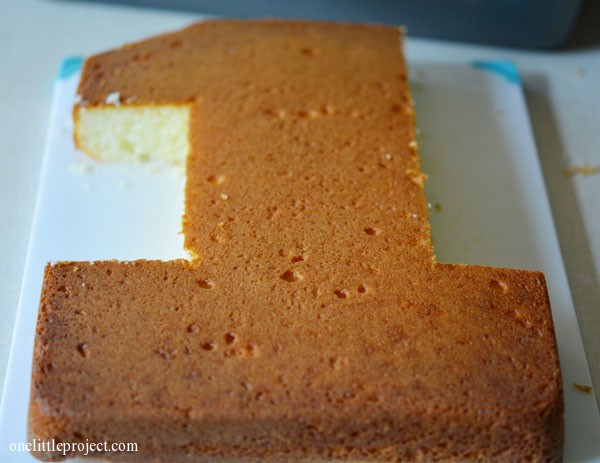 I transferred the cake over to the cardboard cake board that I saved from the 3rd birthday cake and started icing it: 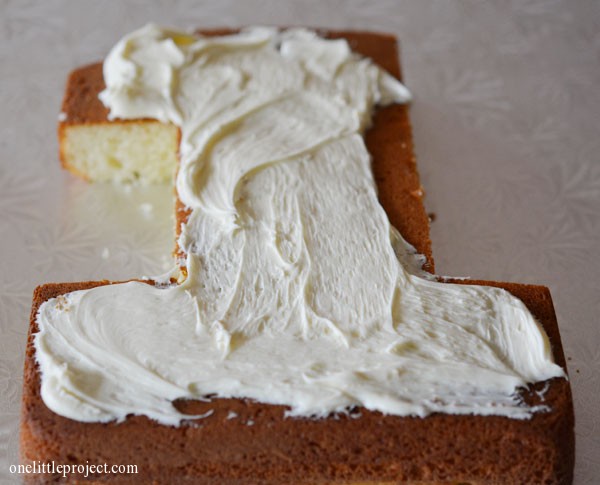 Once it was fully iced, I started with a diagonal row of red M&M’s: 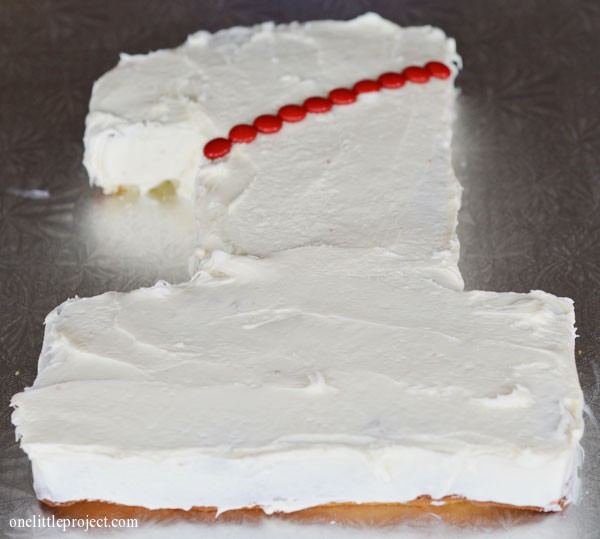 And kept adding rows in the order of the rainbow colours: 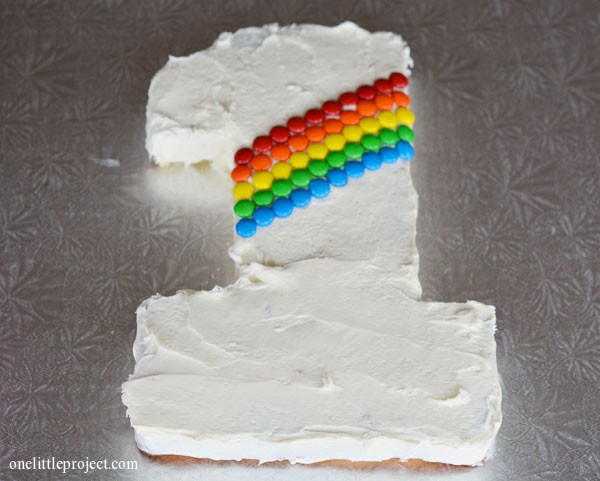 I didn’t think it was going to take a long time, but it did get pretty tedious by the end: 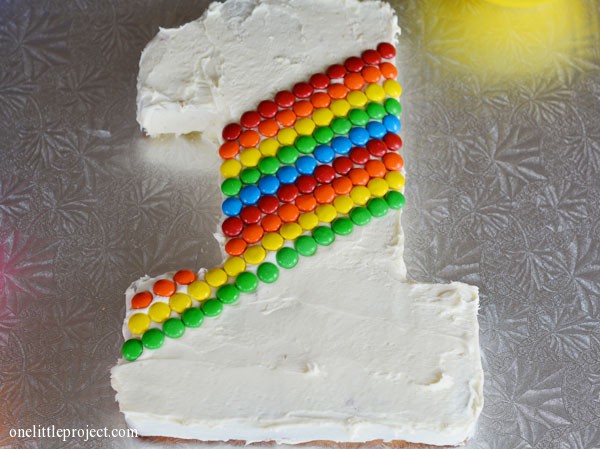 With the 3rd birthday cake, I had the problem that the icing was too wet and the M&M’s dissolved and slid off.  This time, I had the opposite problem.  By the time I was done putting them on, the icing was getting too hard, and I had to add some fresh icing to the M&M’s to get them to stick: 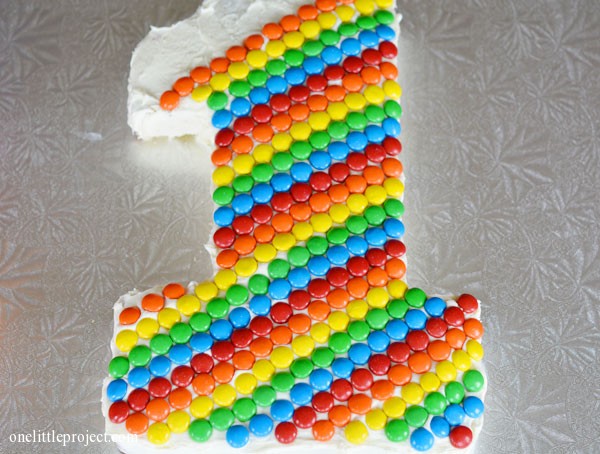 I was hoping that all the M&M colours would match up along the sides: 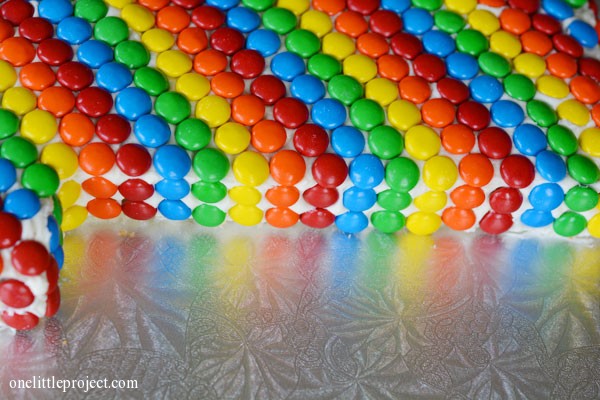 But on some sections it just didn’t match up: 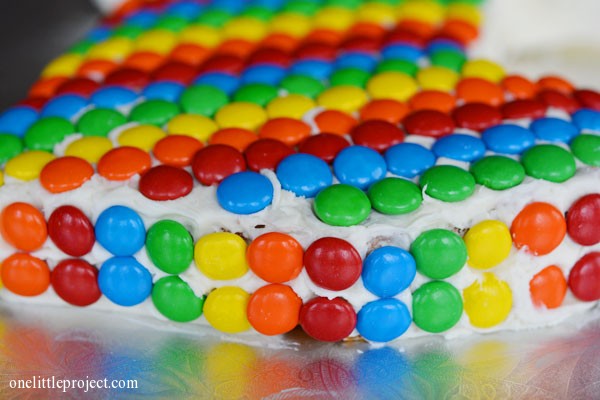 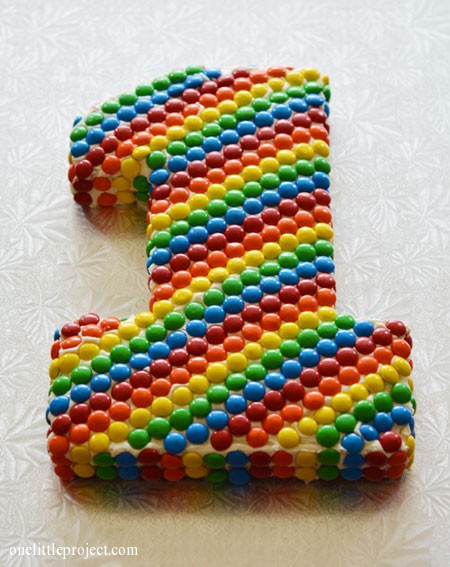 If I had more time, it would have been nice to make a double layer cake by stacking two 9″x13″ cakes and cutting out the number one, but I just didn’t have time.

I love the rainbow colours, and I’m so happy I got it to work this time!  I definitely recommend giving it a try!  You can check out the rest of her awesome rainbow party here or other first birthday party ideas here.