END_OF_DOCUMENT_TOKEN_TO_BE_REPLACED

Okay, I know I promised that there would be no more birthday posts, but I found one more idea when I was going through the photos on my camera and I wanted to share it.

My two girls have had troubles with sibling rivalry, pretty much from birth.  So when it was Kate’s 1st birthday, I wanted to have a special activity for 3 year old Leah to do while I was getting the rainbow birthday party ready… plus, I thought it might help get her into the birthday spirit. 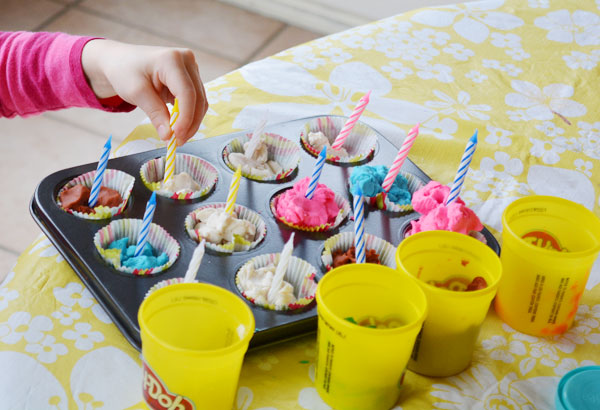 So I gave her a mini muffin tin, a bunch of cupcake liners, birthday candles and pom poms, and she made play dough birthday cupcakes.  She loved it, but most importantly, it kept her busy while I was getting things set up for the party! 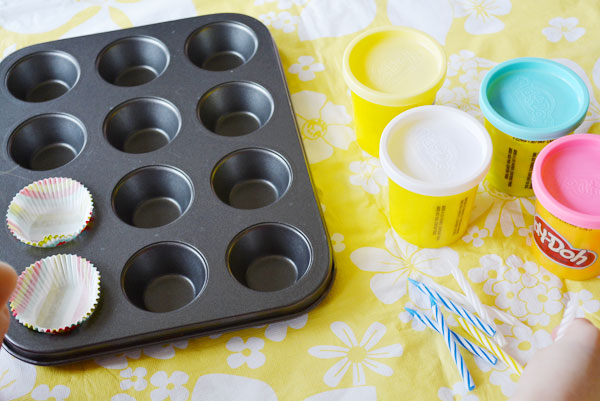 I thought maybe it would make her feel the love for her birthday girl sister, but no, she said the birthday cupcakes were for everyone in our family except her sister. Go figure! 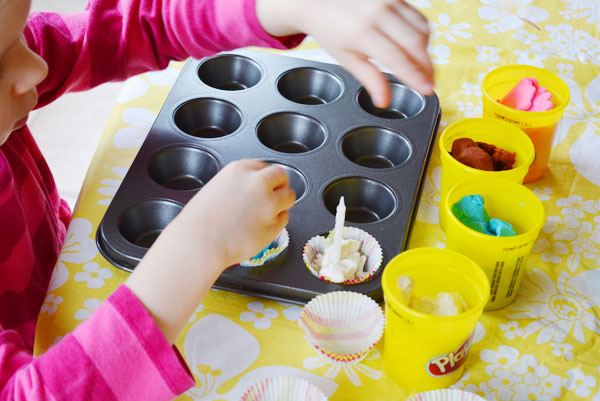 I got this idea from Mess for Less but they used rhinestones to make them even prettier! 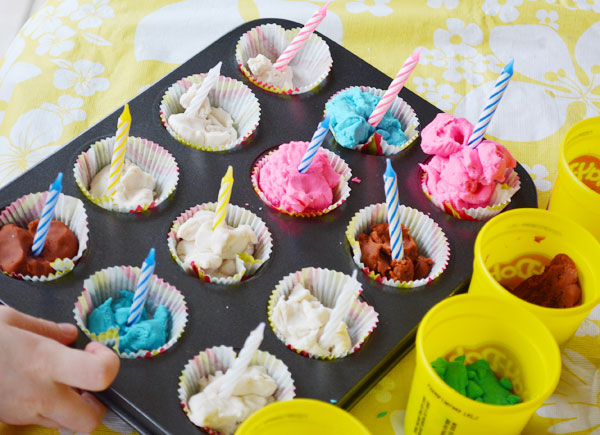 I wish I had rhinestones, but all we had were pom poms.  So we added pom poms to the cupcakes as decorations.  It kind of looks like fancy icing globs, so it works, right? 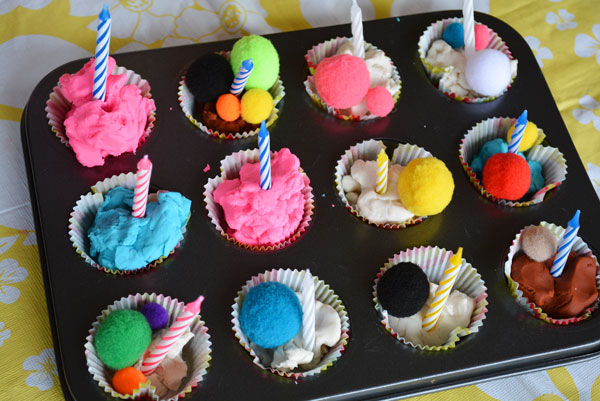 It may not have brought out the sisterly love I was hoping for, but Leah loved this activity.  It kept  her very busy while I was making all of the tissue paper pom poms for the rainbow first birthday party.   It’s a super simple activity, and definitely great for birthdays or even birthday parties.