END_OF_DOCUMENT_TOKEN_TO_BE_REPLACED

Have you seen these reindeer cupcakes floating around on Pinterest yet!? They are the cutest cupcakes ever! I got the idea from With Sprinkles On Top and her post says she got the idea from a magazine clipping. They are so easy to make and they look so friggin cute!!

Is there anything more festive than holiday baking? It’s so much fun! And I love that my girls are at ages where they can actually help me! Now, I’ve said it many times before, but I’m just not much of a baker. I made cupcakes for my baby boy’s birthday a few weeks ago and I burned them. I BURNED THEM!? I couldn’t believe it and I was so mad at myself! Apparently you can’t put cupcake trays side by side in the oven. Ha! Oops!

I had to pack up all three kids in their winter gear, drag them to the grocery store and buy a store bought cake at the last minute, just so my little guy would have something with a candle to blow out. Not that he even knows how to blow out a candle yet. But still.

So I’m probably going to disappoint you again, but I just whipped out a box of store bought cake mix and a tub of chocolate icing for these. But on the bright side, the cupcakes were cooked to perfection, and not even a little bit burnt!

Go figure, my 5 year old only wanted to eat the cupcakes plain. And my 3 year old picked off all the candy, licked off the icing and left the cupcake behind. If only I could get them to share a single cupcake they’d both get what they want! 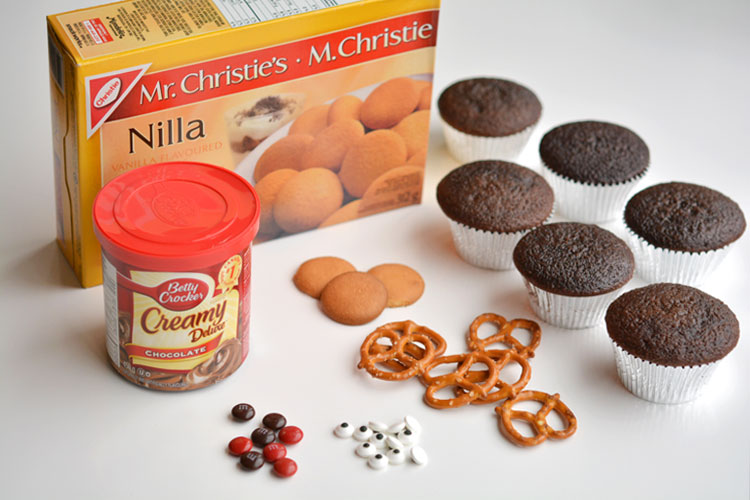 Spread the chocolate icing onto the cupcake as evenly as possible. I just used a knife. 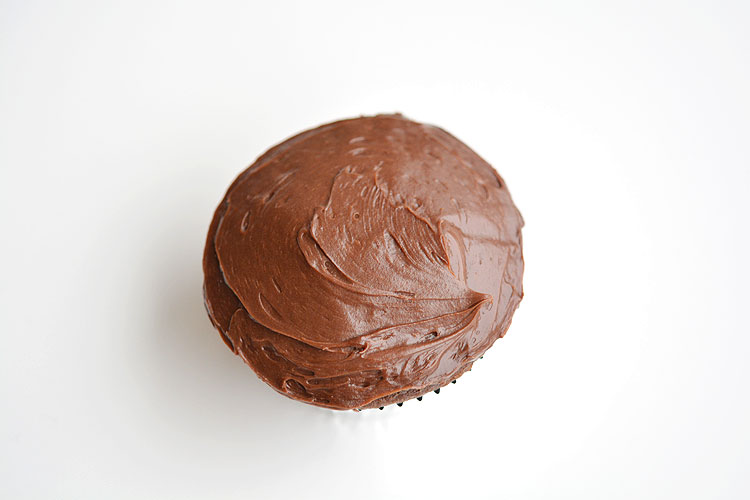 Place a Nilla wafer on top of the icing towards one side: 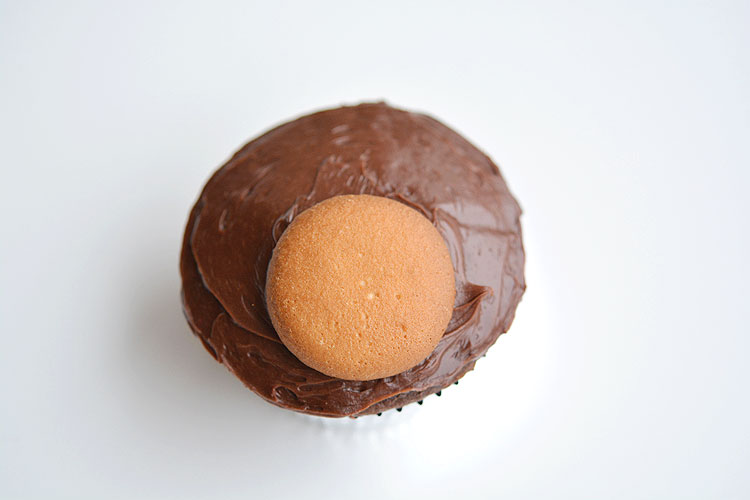 Place the pretzels on the cupcake so they are slightly hanging off the edge of the cupcake: 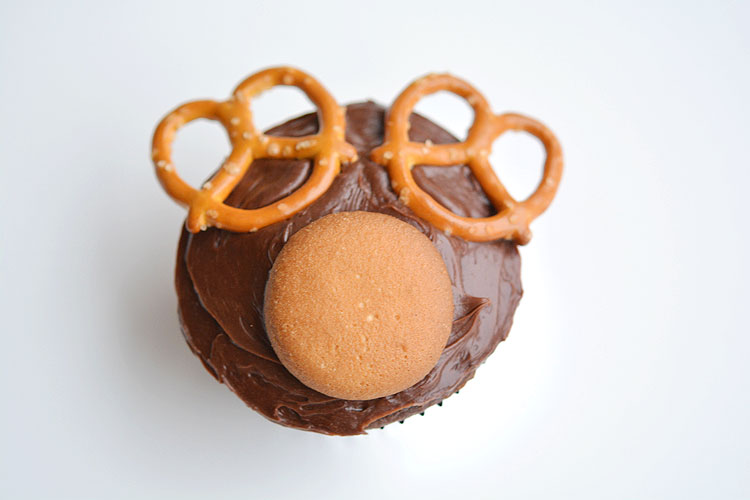 Add a little bit of icing to the back of the candy eyes and place them above the Nilla wafer on top of the pretzels: 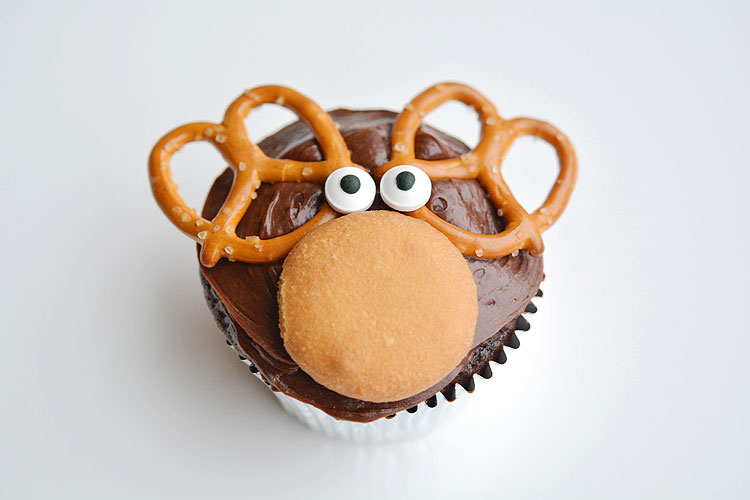 Add some icing to the side of the M&M with the “M” on it, and press it onto the middle of the Nilla wafer: 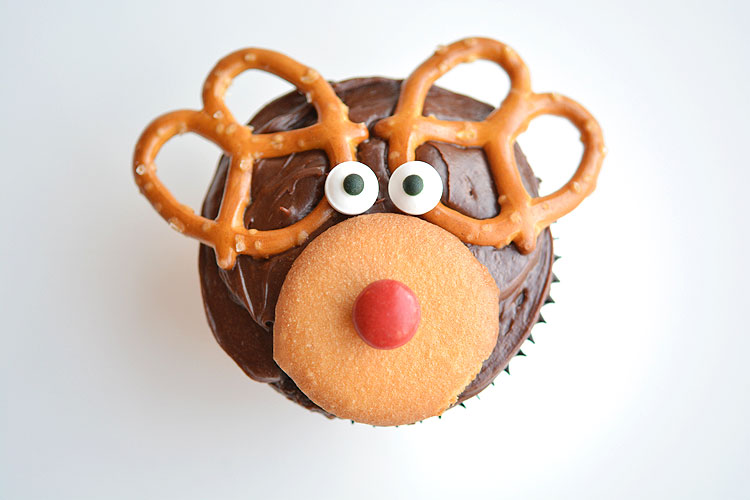 And you’re done! Repeat for all your cupcakes and you’ll have a whole family of reindeer! The middle one in the top row kind of looks like a bear though. I’m not sure why? I think I put the pretzel antlers up too high on it and they ended up looking like ears? So just make sure you keep the pretzels down towards the center of the cupcake when you make them.

Of course you can make these from scratch if you want! I have a great recipe for chocolate cake here. You’re on your own for chocolate icing though. I know. It’s embarrassing that I still don’t know how to make it. 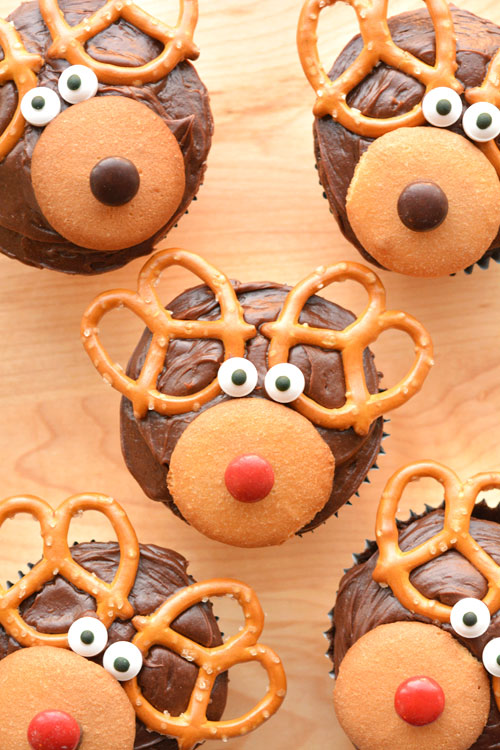 These would be sooooooo cute to take to a Christmas party! 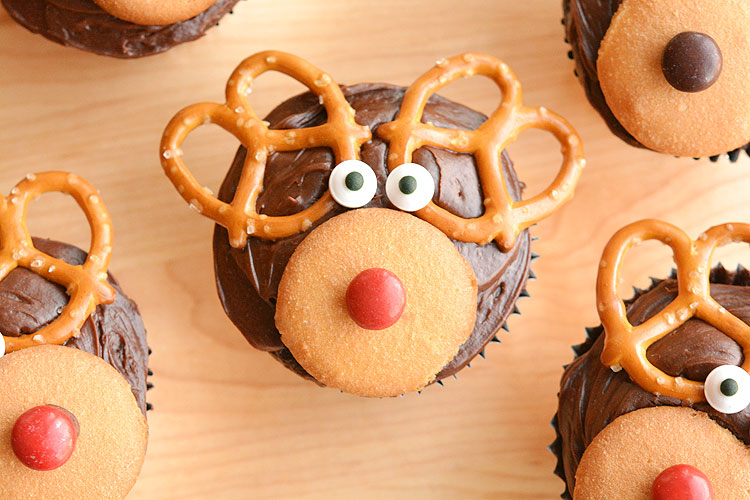 If you don’t want to use candy eyes, or if you have trouble finding them, just use a white M&M instead (you can get them in the holiday M&M packages). Then put a few chocolate chips in a zip lock bag and melt them in some hot water. Just snip off a tiny corner of the zip lock bag and squeeze out the little eyeballs onto the white M&M’s. Quick and easy eyeballs! 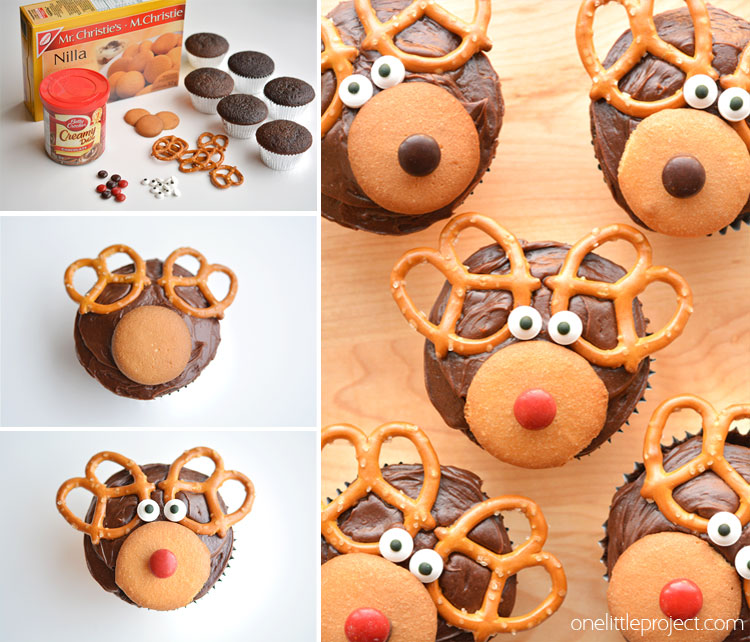 These reindeer cupcakes are SO EASY and so much fun to make! They’d be great for a school party, a Christmas pot luck, or just as a fun treat to make with the kids when school’s out! They’re so adorable for the holidays!