END_OF_DOCUMENT_TOKEN_TO_BE_REPLACED

Cinnamon heart popcorn makes a delicious Valentine’s Day treat!  Besides being delicious, it’s easy to make, the clean up is way easier than you think, and it’s beyond festive if you are trying to add a little Valentine’s Day spirit to someone’s life.  Plus, it’s a super fun way to use up that bag of cinnamon hearts you have sitting around! 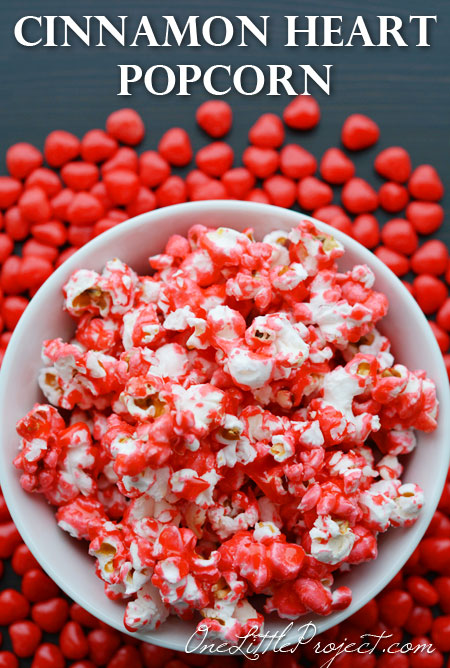 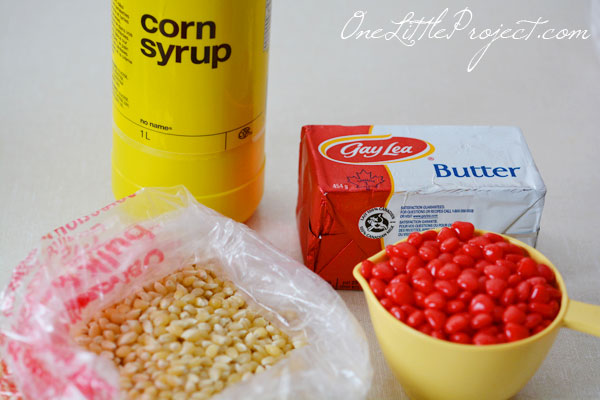 I LOVE popcorn.  It has to be my all time favourite snack.  I make it on the stove top with just a litle bit of oil and salt and it tastes amazing! 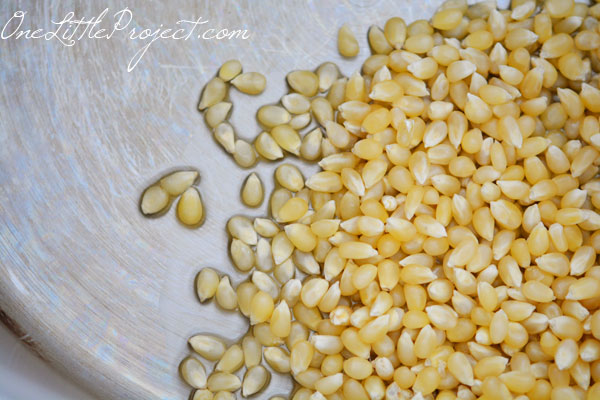 I definitely recommend popping your popcorn as the first step.  Once the cinnamon heart mixture is prepared you really don’t want to leave it sitting for too long. 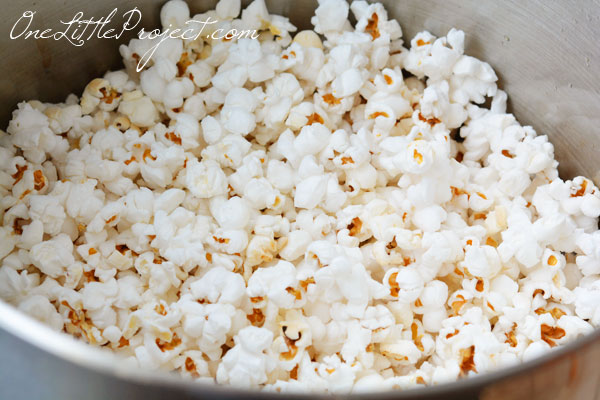 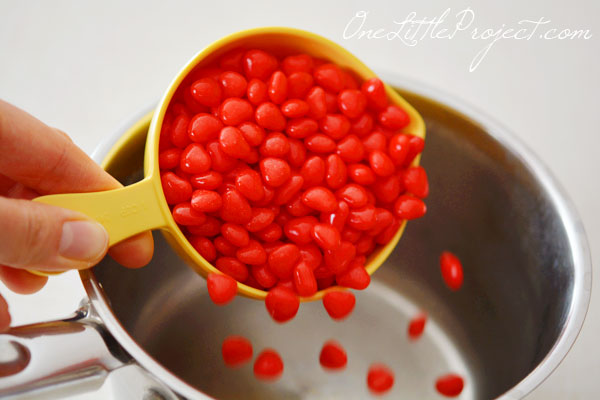 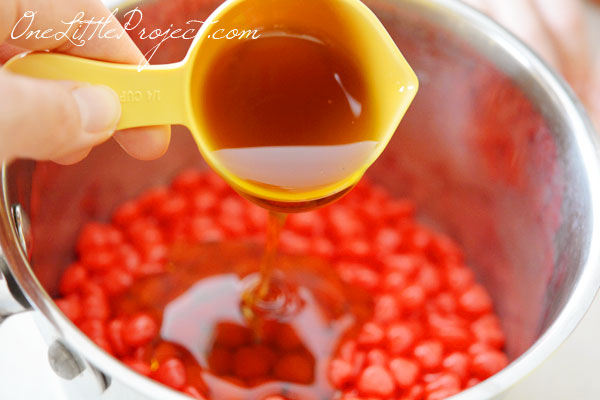 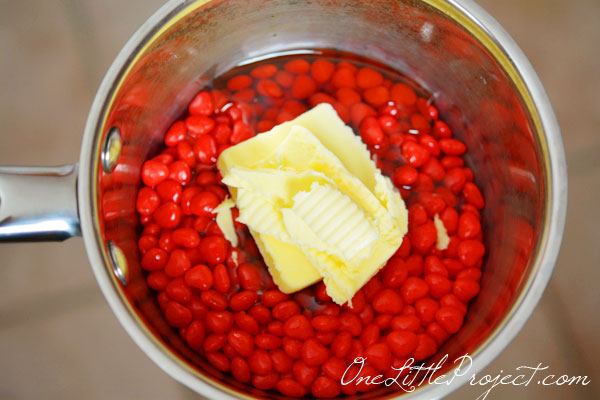 Cook it on medium-low heat until the cinnamon hearts melt and you end up with a smooth liquid syrup: 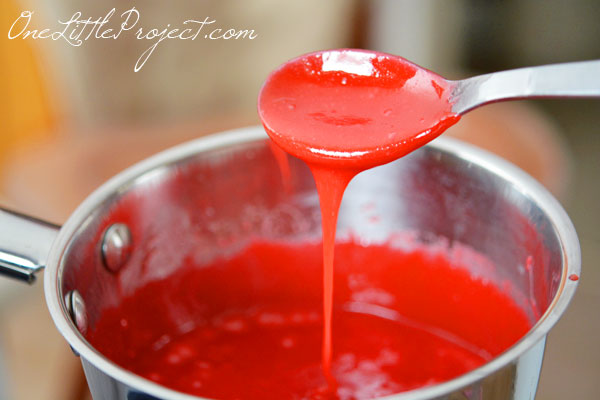 Pour the cinnamon heart syrup over top of the popcorn.  You can use a big bowl, but the pot I popped my popcorn in worked perfectly.  Try to mix it around as best you can.  It gets very sticky, so just do your best. 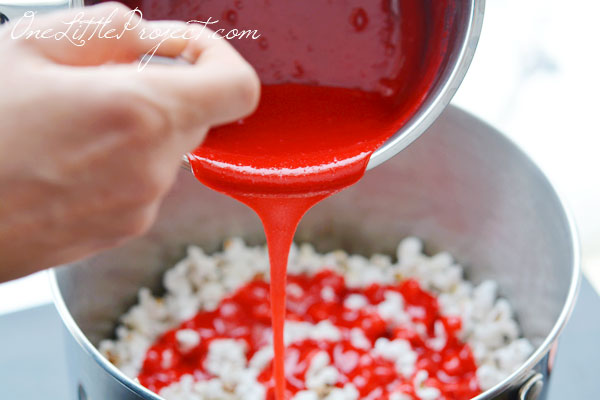 Yes, it was a sticky, gooey mess.  And honestly, at this point, I was a little worried it wasn’t going to turn out.  It REALLY needs to bake in the oven in order to get a good texture. 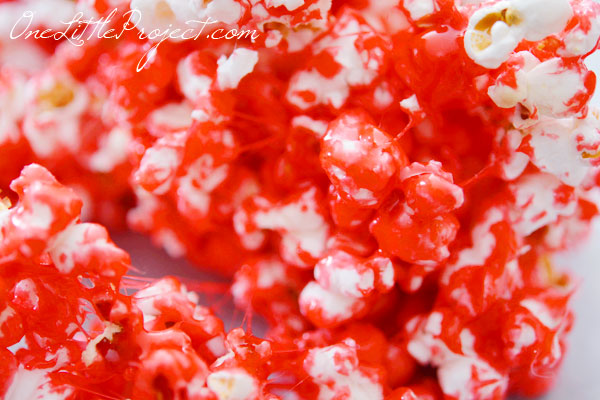 The hardest part was trying to spread it apart on the cookie sheet.  No worries if you end up with a  big, sticky, glob of popcorn.  Once it bakes, it breaks apart really easily: 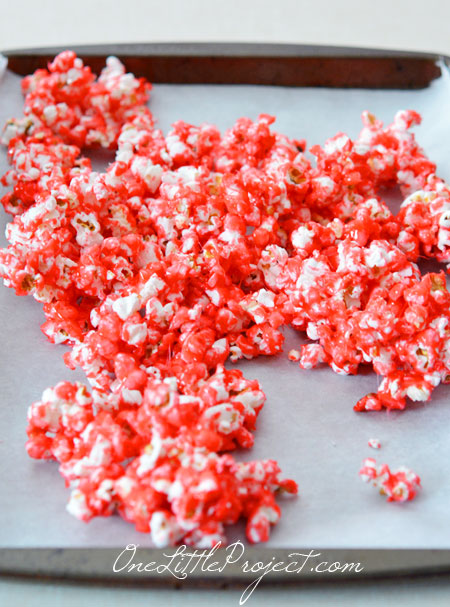 I wasn’t sure how this was going to taste, but it was delicious!  It might be one of those flavours that you won’t want all year round (like pumpkin pie, or eggnog), but it’s delicious and could easily become a favourite around Valentine’s Day. 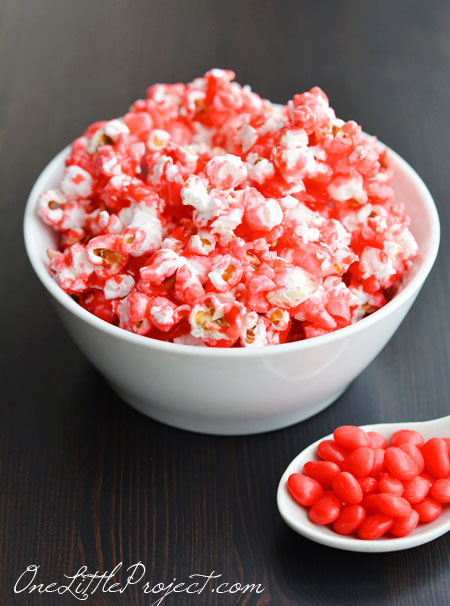 My kids went crazy for it, even though Kate isn’t officially old enough to eat popcorn.  She probably would have eaten the whole bowl full if I’d have let her!  Just looking at these photos is making me crave it again! 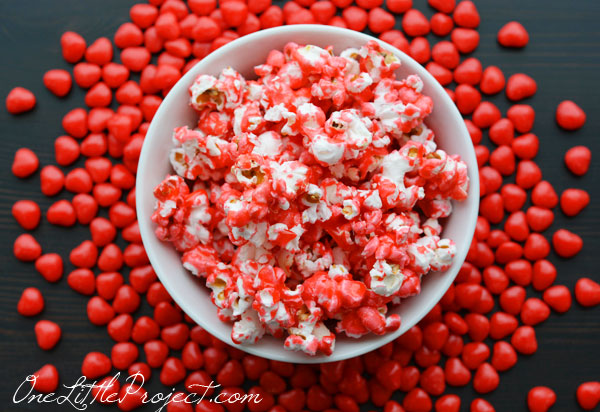 I was really worried about the cleanup, but it was way easier than I expected.  I melted the sticky syrup off the pot by filling it with water and bringing it to a boil again (I’m not entirely sure that was necessary, but it worked).  And then for the big mixing pot, I just let it soak over night and everything just dissolved.  There was absolutely no scrubbing required! 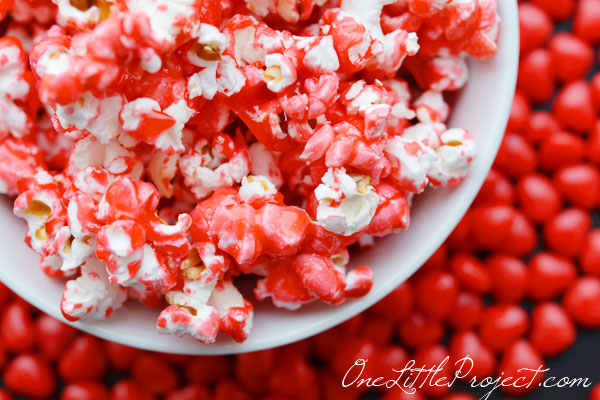 If you love cinnamon hearts or caramel popcorn you have to try this!  It takes less than an hour to make and makes a great snack for any Valentine’s Day party – even if it’s just you and your sweetheart!