END_OF_DOCUMENT_TOKEN_TO_BE_REPLACED

My kids are ALWAYS asking me to do crafts with them.  They are at an age where  creating things with their hands is like the best thing ever, and as a parent, I’m sure you can relate that it is HARD to always be putting together fun, creative and interesting crafts for kids – that they can actually do by themselves without you helping every. single. step of the way. 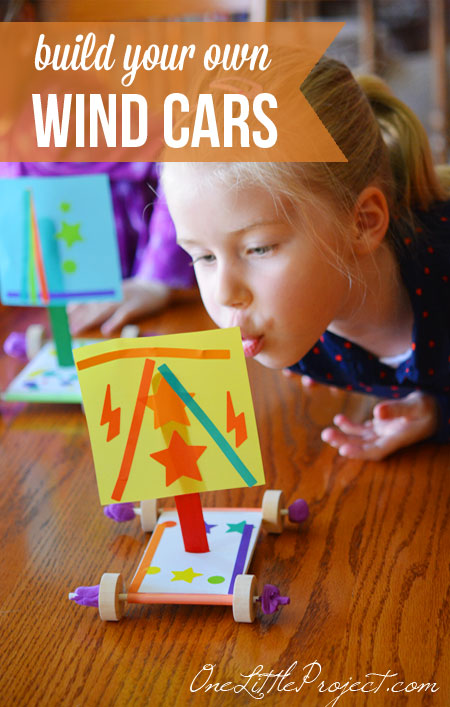 Which is why I was super excited when Gymboree approached me to do a post about this awesome offer from Kiwi Crate.  Gymboree is celebrating its new Hop ‘N’ Roll line of kids clothing by partnering with KaBOOM! – a national non-profit organization that works to ensure that all kids have a childhood filled with active play, especially those in underserved communities.  Until May 31, 2015, Gymboree will be supporting KaBOOM! with a series of programs and activities– including donating a percentage of proceeds from their new clothing line and creating this exclusive activity box with Kiwi Crate. Their goal is to raise enough money to build a place to play for 10,000 deserving kids in 2015. 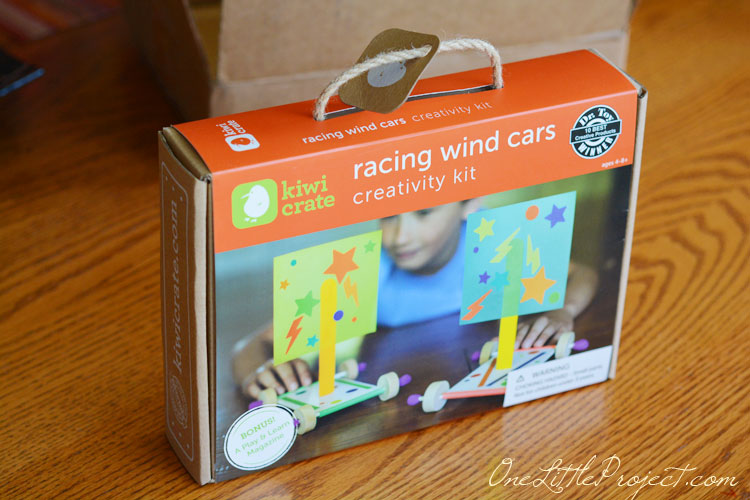 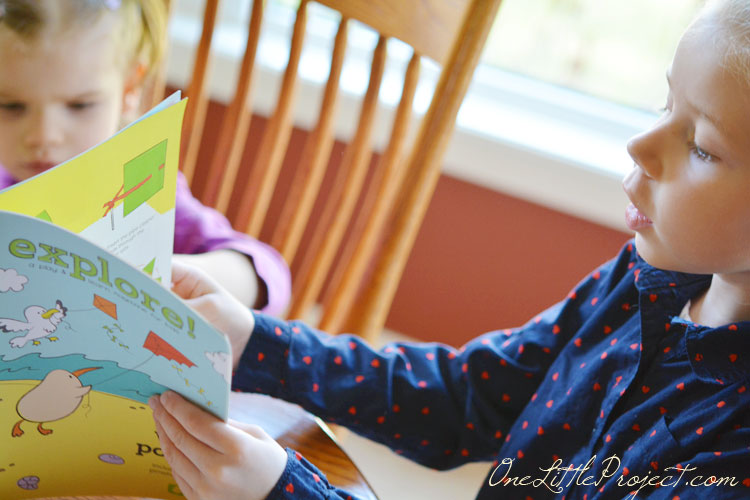 This was my first time getting a box from Kiwi Crate and it was so much fun!  My kids are 3 and 5 and both of them had a great time with it.  The box said it was for 4 to 8 year olds, but my 3 year old did great with it!  She was super excited to get the box in the mail, and even more excited to put it all together. 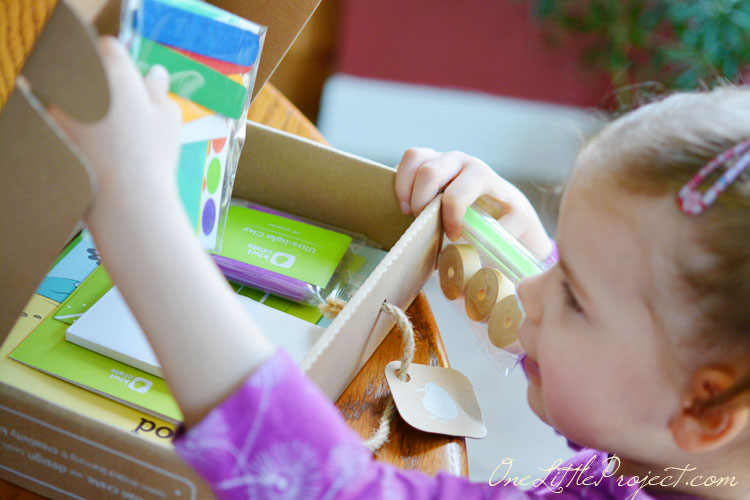 This box had everything we needed for the activity, plus a bunch of fun learning activities and suggestions for what to do with our wind cars when we were finished making them. 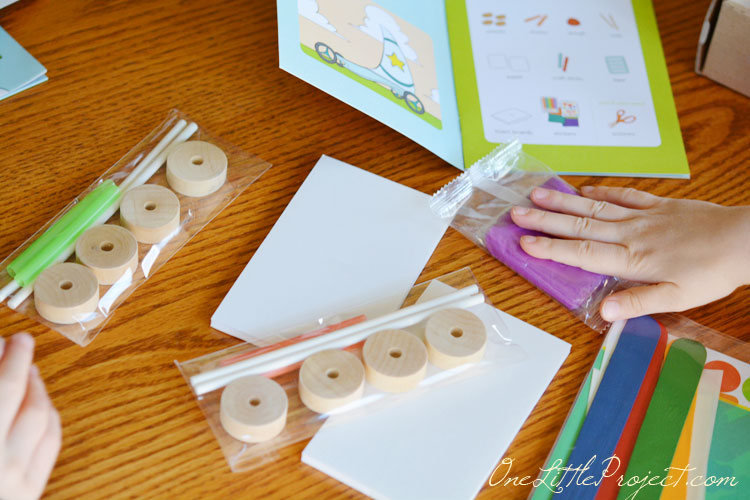 There were some blank sticker sheets that were included where you were supposed to cut out your own sticker shapes, but my girls are just a little too young for using scissors on their own so we didn’t use them.  I’m sure older kids would have fun with that though.  It’s a well thought out little activity box that will appeal to both younger and older children. 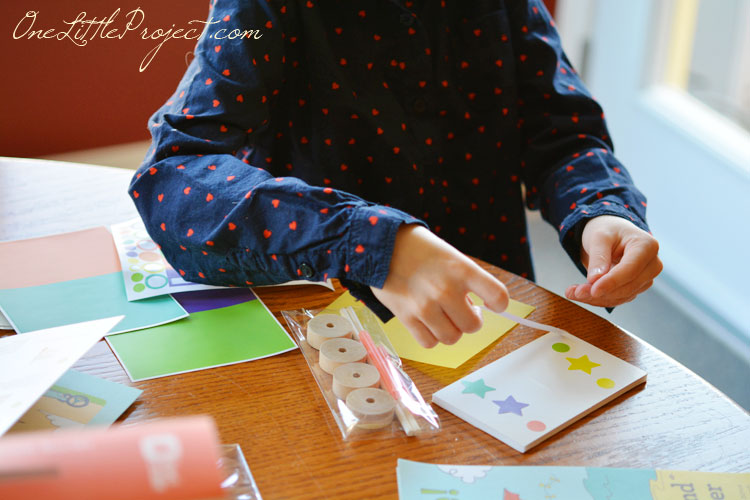 My girls loved decorating the car parts with stickers.  That part of the activity definitely kept them occupied the longest.  And then they were super excited to play with the plasticine that holds the wheels on. 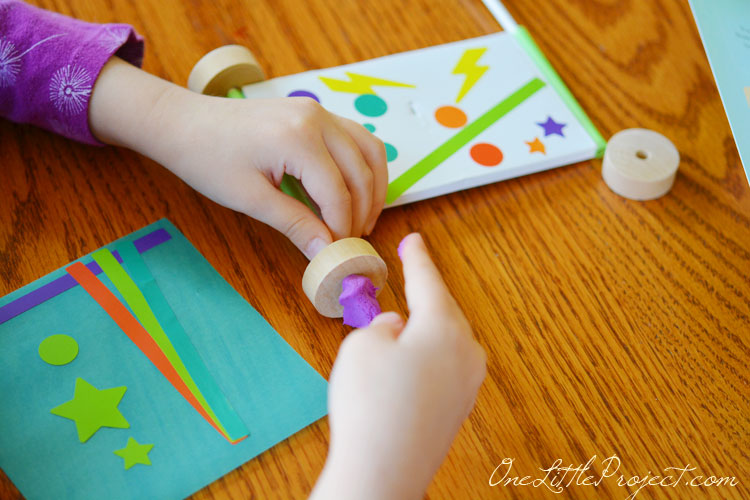 We were busy with this activity for a solid hour, and it actually kept them interested the whole time.  I probably could have stretched it even longer, but we had to stop for lunch. 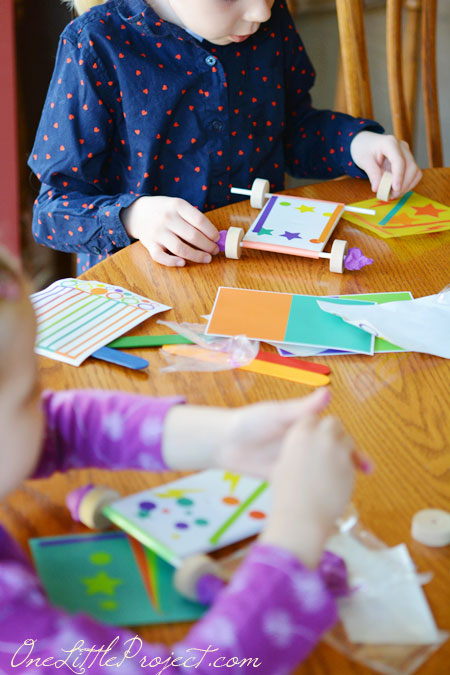 There was very little that I had to do to help them with the craft part.  Even my 3 year old could do just about everything. 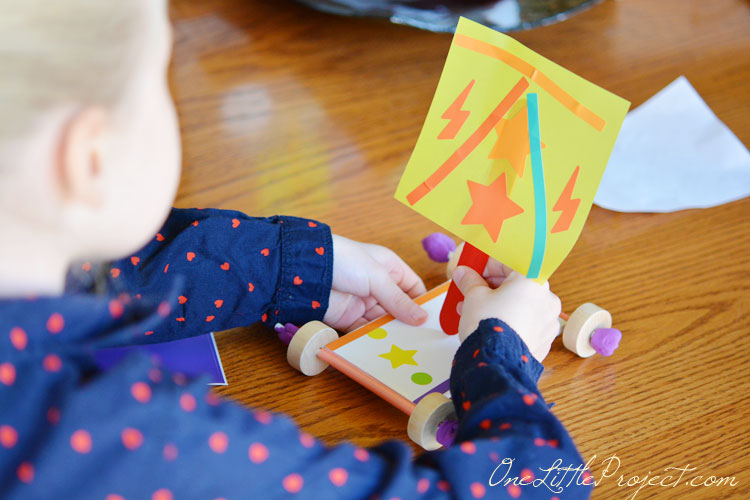 Both my girls were so proud of their little wind cars! 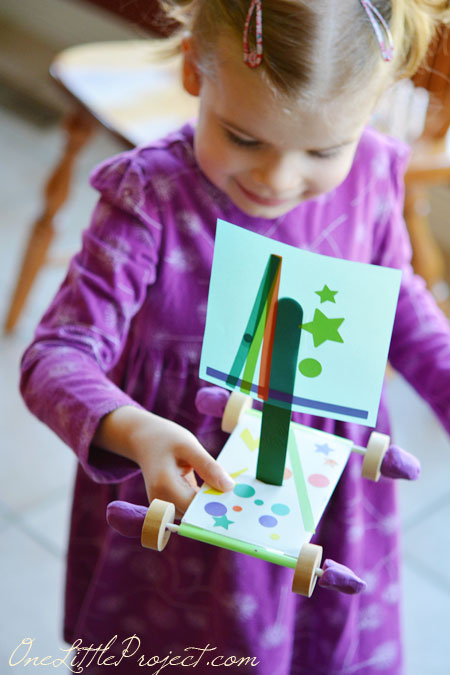 For $5 at Kiwi Crate, how can you go wrong?!  Am I the only one who thinks that is a great deal? 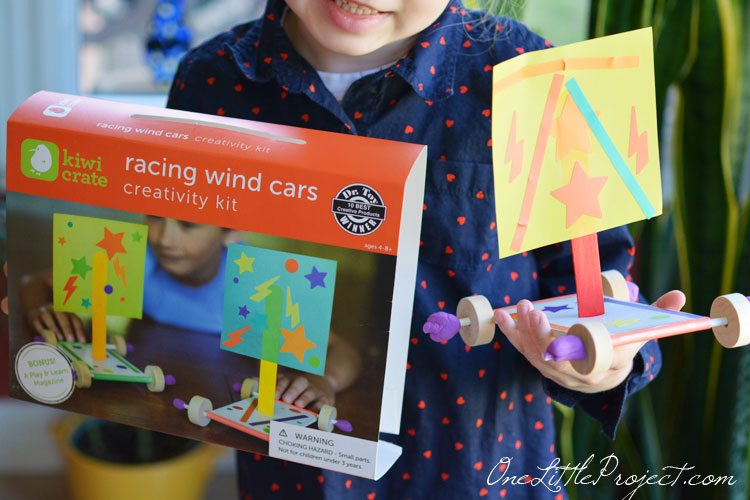 I think this part was the most fun!  Blow on the sail, and make it go! 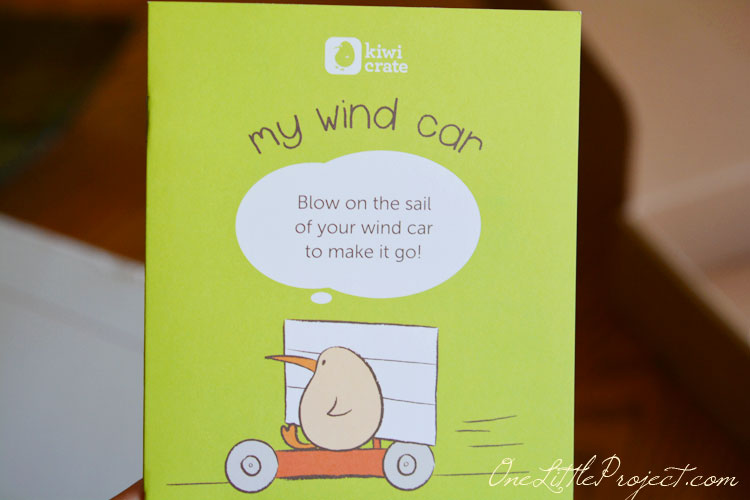 So we cleared off the kitchen table and my girls had an absolute blast blowing the cars across it! 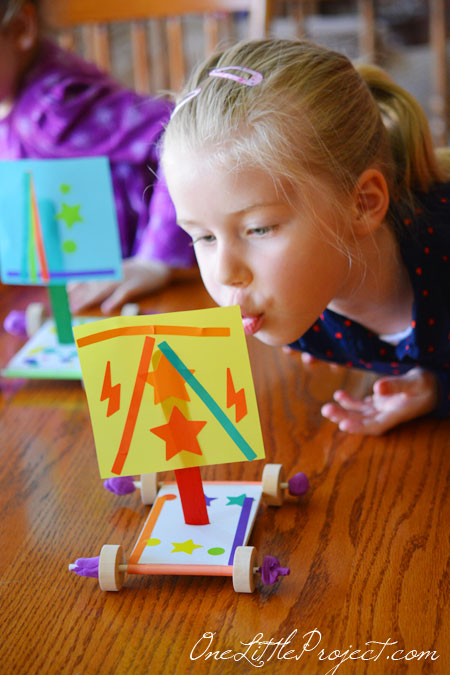 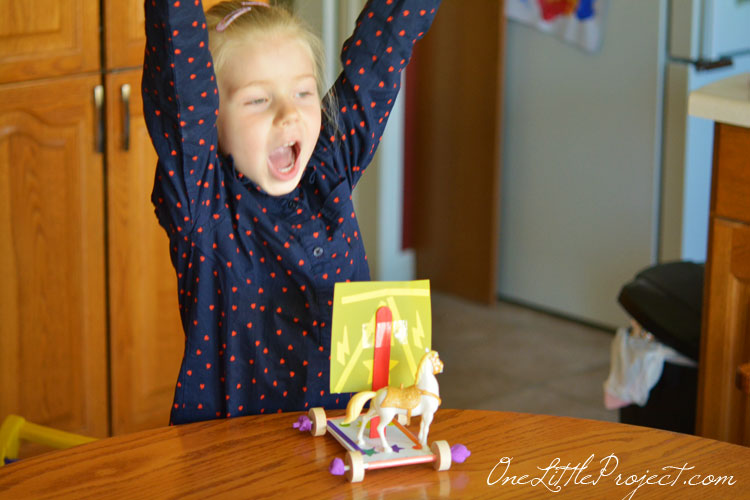 And even my husband joined in on the fun: 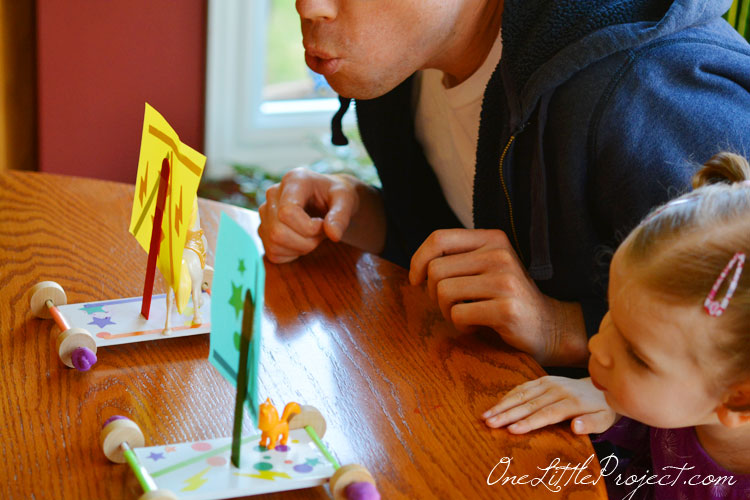 Near the end, we started taking some of the small toys for rides too: 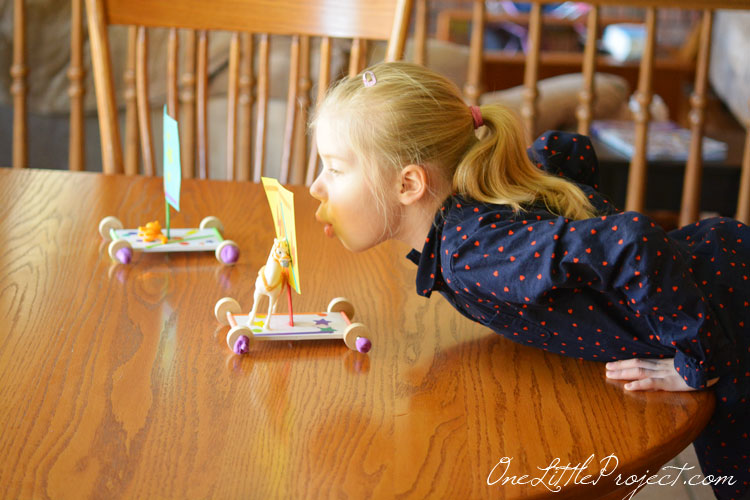 This was a great family craft that my girls absolutely loved!  And I loved it too because it was easy and kept my kids occupied for a long time!

Disclosure: This is a sponsored post on behalf of Gymboree and Kiwi Crate.  However, the opinions in this post are 100% my own!