END_OF_DOCUMENT_TOKEN_TO_BE_REPLACED

These sidewalk chalk ideas are so awesome! Seriously, some people so creative!? There are so many fun ideas and so many great photo opportunities! I wish we had an asphalt driveway so we could try more of these out at home!

Do you get a mental block when you have a blank canvas in front of you? And your kids are saying, “Draw something! Draw something!” – I usually end up drawing a flower, or sometimes a rainbow, but then I’m stumped. I feel the same way with a giant blank driveway and sidewalk chalk, except it’s so much worse! What are you supposed to draw on a giant blank driveway!? (I’d probably still draw my typical flower and rainbow…).

We have a big box of sidewalk chalk sitting in the closet right now. But to tell you the truth, we aren’t NEARLY this creative with it. I think the problem (besides our creativity) is that we have a patio stone driveway and the same with our patio in the backyard. So the kids take the chalk colours and fill in all the small, rectangular bricks in different colours. Sometimes they venture into the play house attached to their swing set and they’ll colour the walls in there too (they’re not supposed to, but wow, they really moved fast that first time before I noticed, and now they know they can get away with it. Little tricksters…)

And then one of our baby sitters let the kids colour a few of the bricks on our house last year. Which was a bad idea. Don’t colour the bricks on your house unless you want to get a scrub brush and figure out how to get it all off. It’s been there for almost a year now, and even with pelting rains and lots of snow storms it’s as bright as the day it happened. I suppose I could find a scrub brush and scrub it off, but who has the time for that??

This list is fantastic if you need a little bit of inspiration to take your sidewalk chalk from a boring game of X’s and O’s or hopscotch to a fun “Wow, that’s so amazing!” adventure! There are tons of great ideas! And even better, you can take a photograph from a second floor window and keep the memory as a keepsake! I love these ideas!

From princess crowns to under sea adventures, there are tons of fun ideas to help you make a whole new world in your driveway! 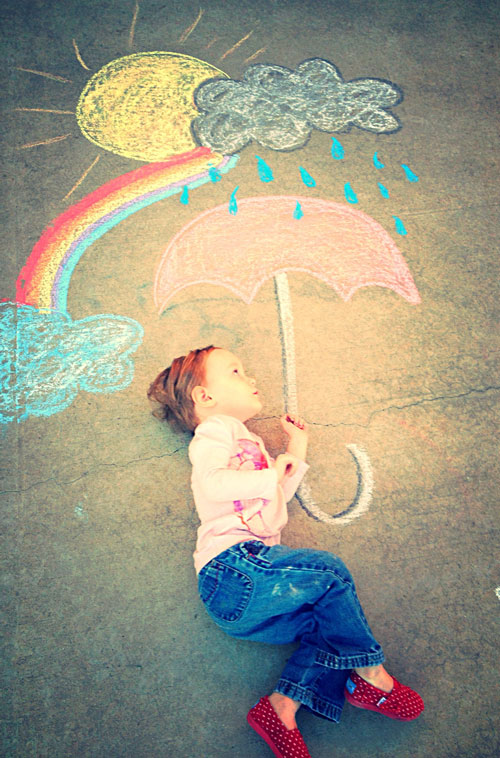 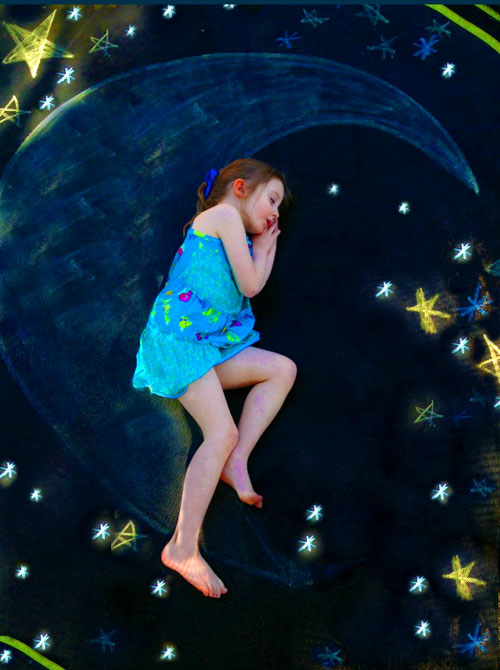 Sleeping on the Moon via Milk and Cuddles Dog on the Moon via Ammo the Dachshund 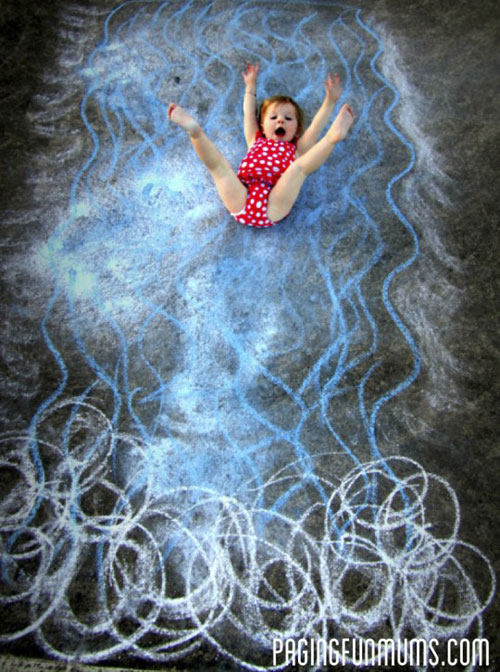 Going Down the River via Paging Fun Mums 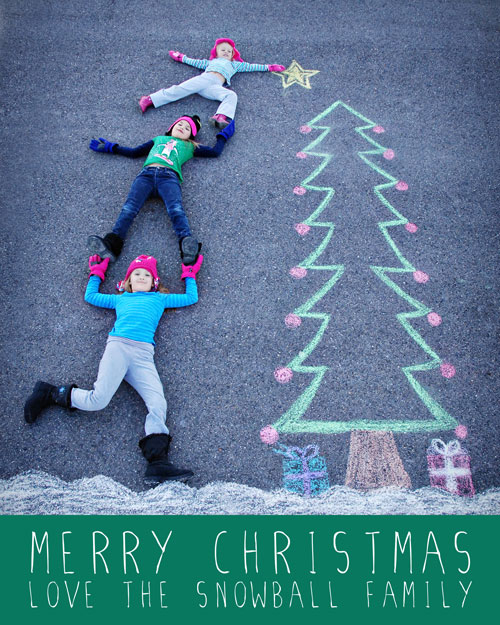 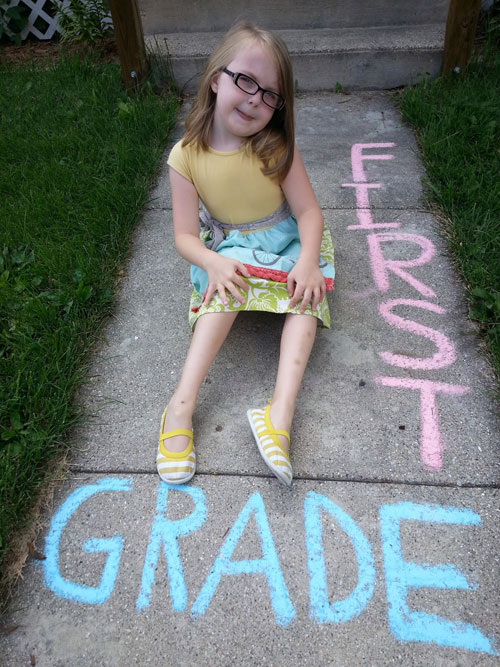 Back to School Photo Shoot via Caffeinated Chronicles of a Supermom 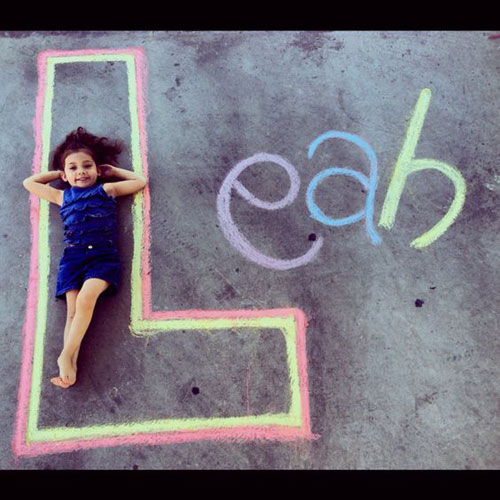 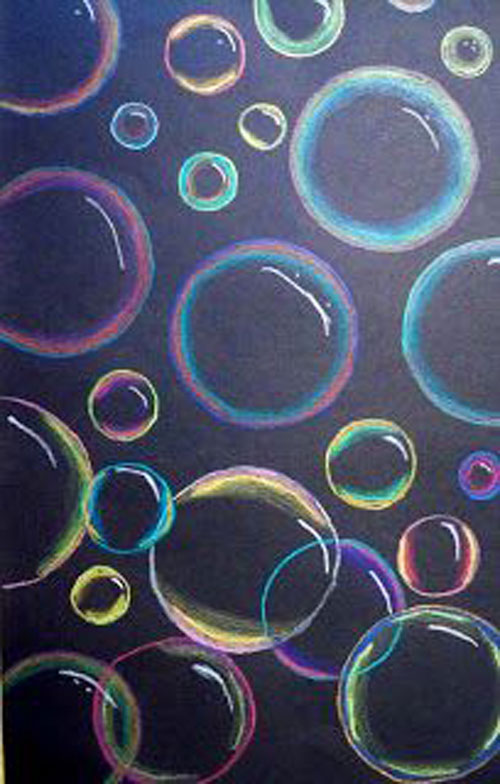 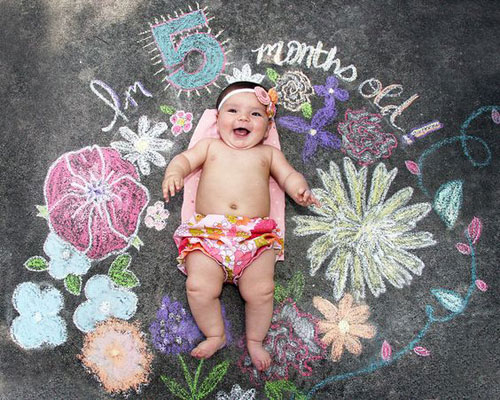 Month by Month Baby Art via The Honeysuckle House 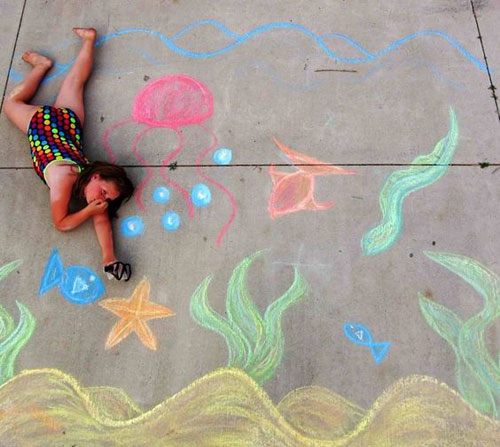 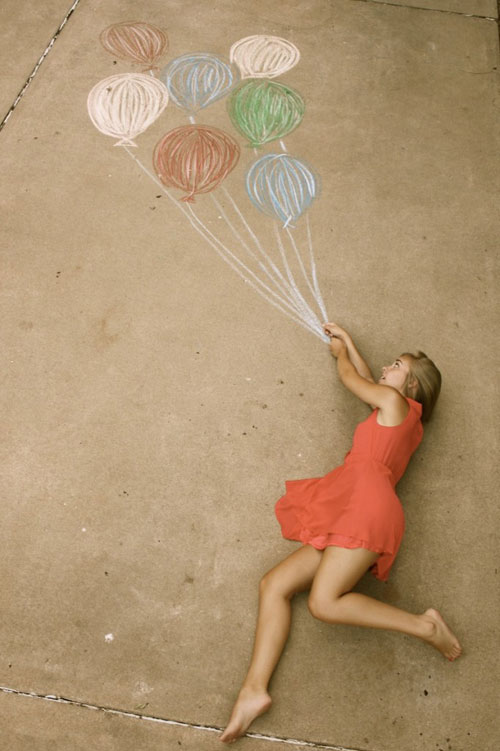 Flying High with the Balloons via The View From in Here 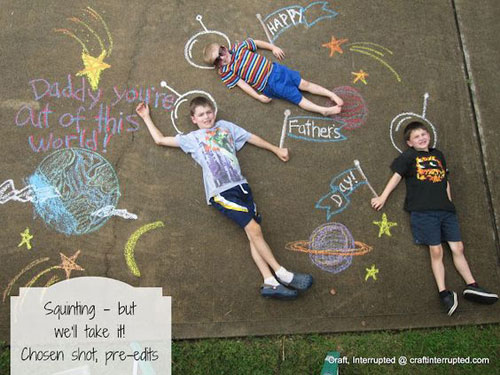 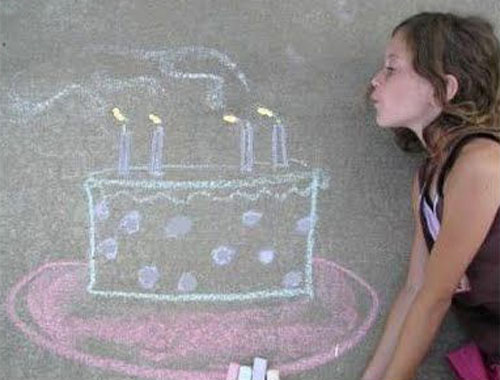 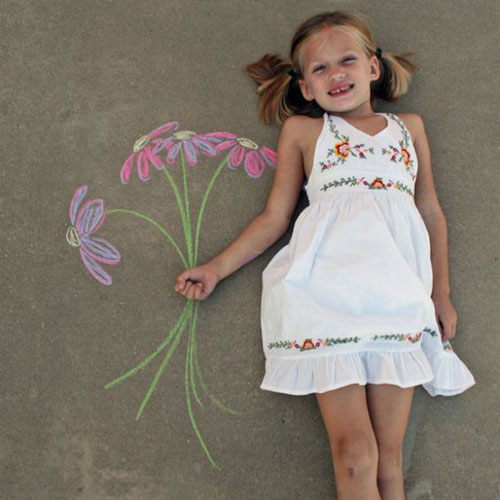 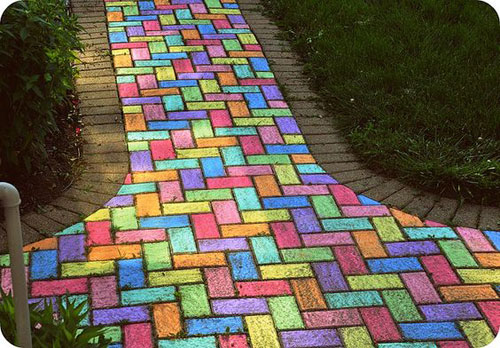 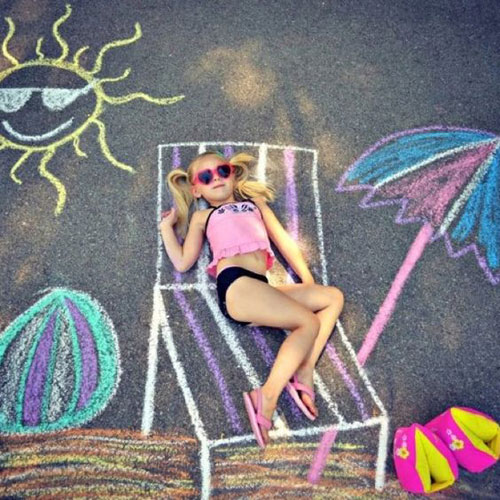 Sun Bathing at the Beach via Indulgy (Original Source Unknown) 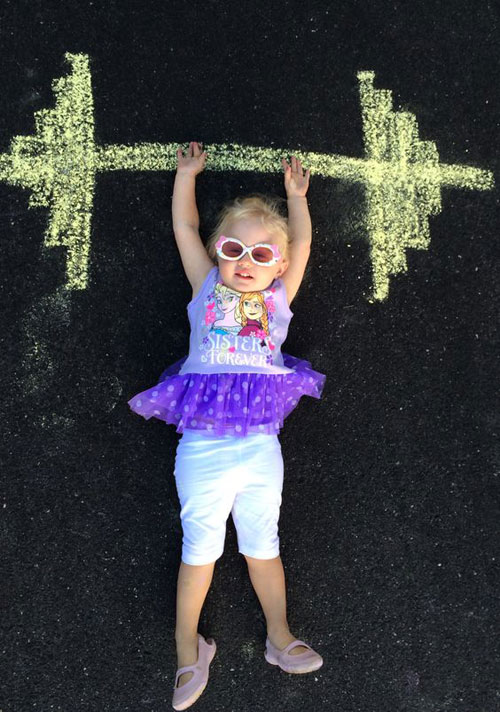 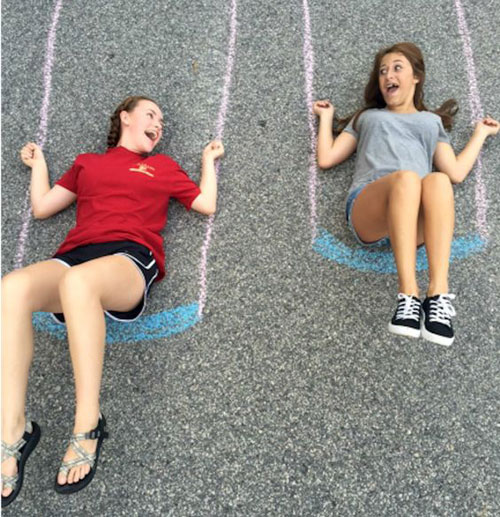 Swingin’ Around via The Art of Education 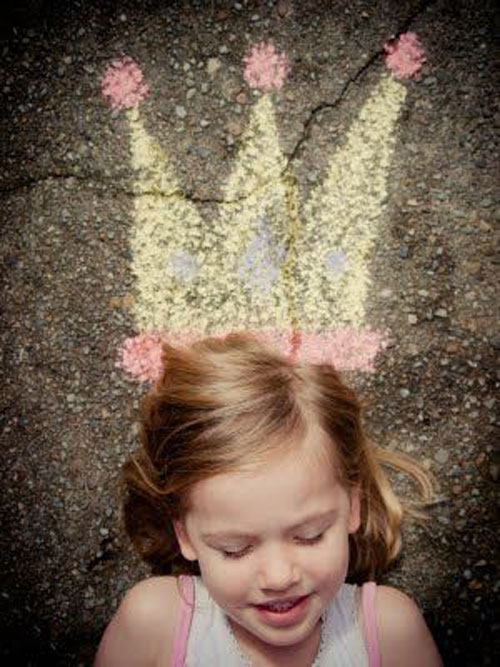 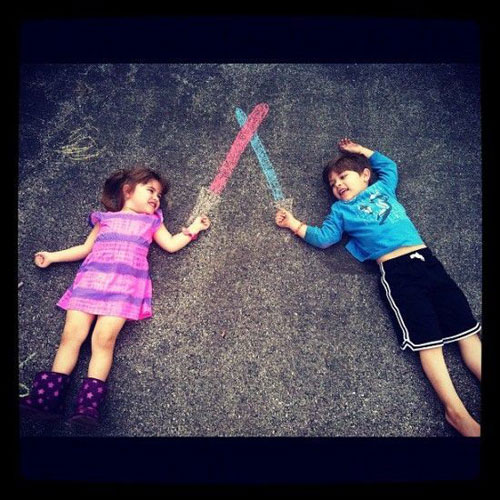 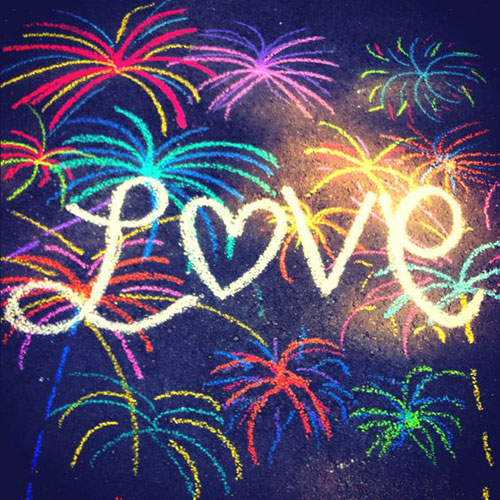 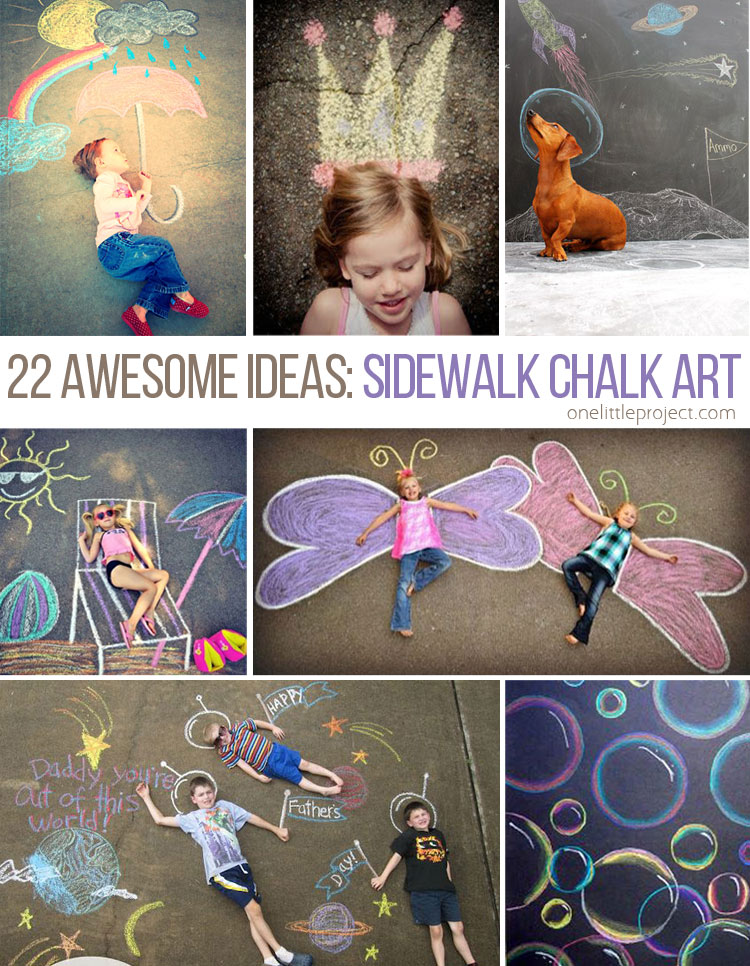 Are you looking for more fun ideas to try with your kids? Check out our roundup of 50+ Adorable Kids Snack Ideas! These meals are ADORABLE! 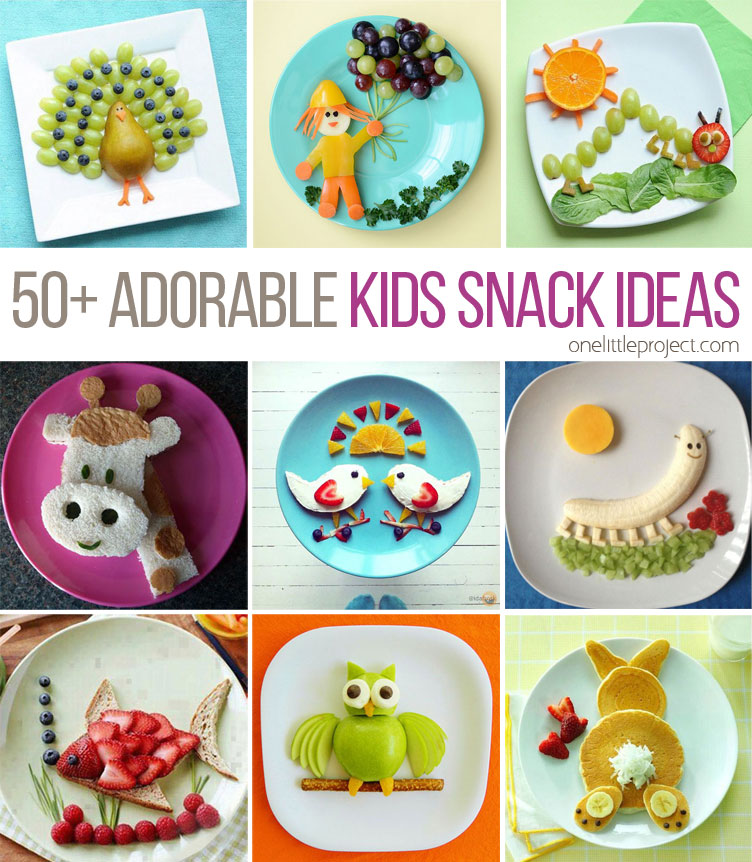