END_OF_DOCUMENT_TOKEN_TO_BE_REPLACED

We had two big milestones for Kate this weekend – both of which were probably done way later than they should have been done, but that’s the way we roll lately!  The first milestone was moving her from her car seat carrier into a regular rear facing car seat.  And the second milestone was finally lowering the mattress in her Shermag Preston crib.

She’s a tall girl, but I never really felt like her crib was unsafe for her with the mattress so high (she’s 10.5 months old now).  This was the highest setting for the mattress according to the Shermag Preston manual (although, there was a mysterious extra hole that the manual ignored, that would have put it higher if we had used it).   So it was high, but not crazy, dangerous high. 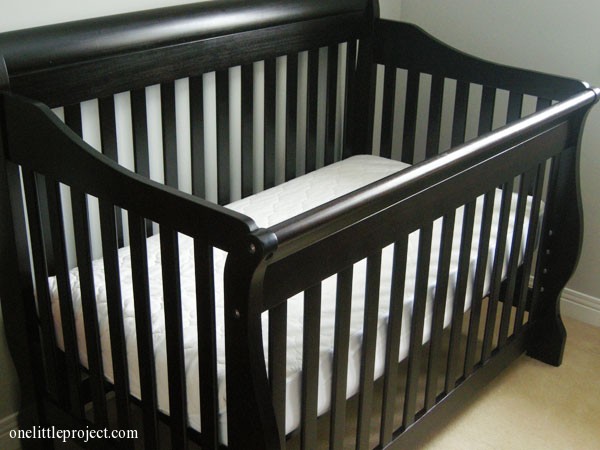 Lowering the mattress in a Shermag Preston crib is actually really easy and probably doesn’t require a photo tutorial, but since it was a project we did at the house this weekend, I’m going to show you how anyway.

First, you take off all the gadgets from the crib – such as the sleep sheep, and mobiles, and then you take out the mattress.  I had forgotten how many manuals were underneath her mattress! 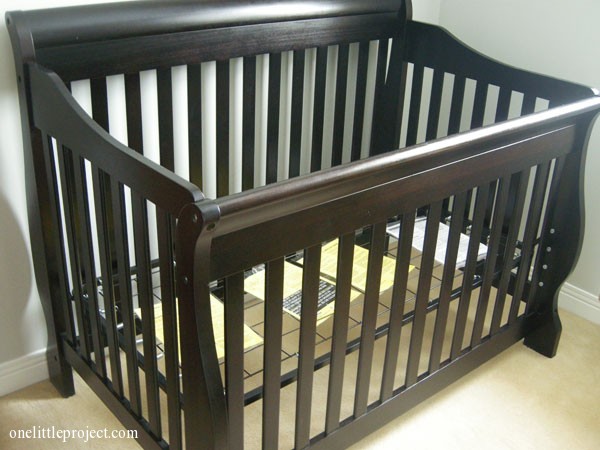 Then there are 4 screw like plug things at each leg of the crib  (yes, this is a very technical tutorial!).  Unscrew the arm where the mattress frame was connected at the highest level (you can see the mysterious hole above, that the manual made no mention of so we didn’t think it was meant to be used): 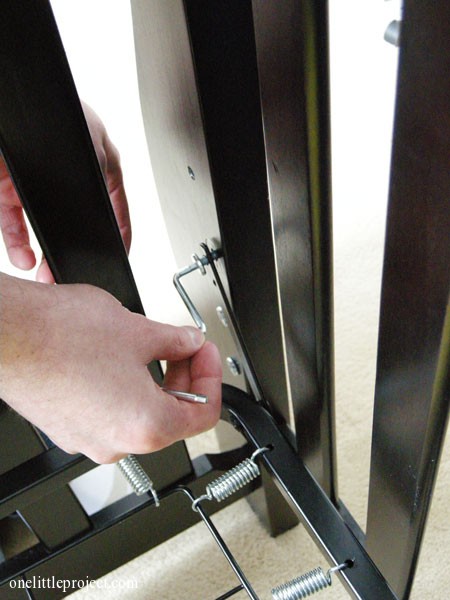 Unscrew the frame from the front two legs: 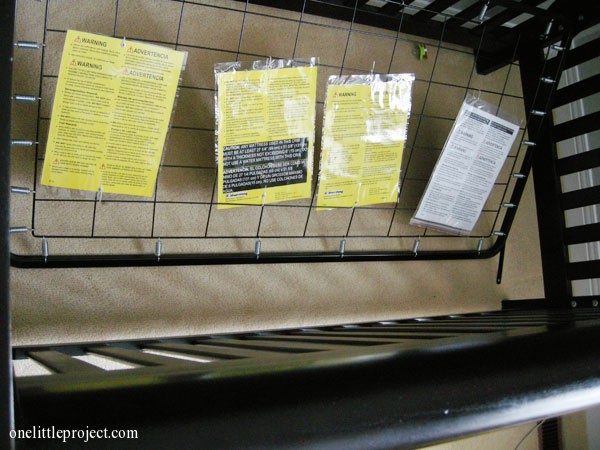 Unscrew the plugs from the lowest hole and re-position the arms on the mattress frame, then screw them back in: 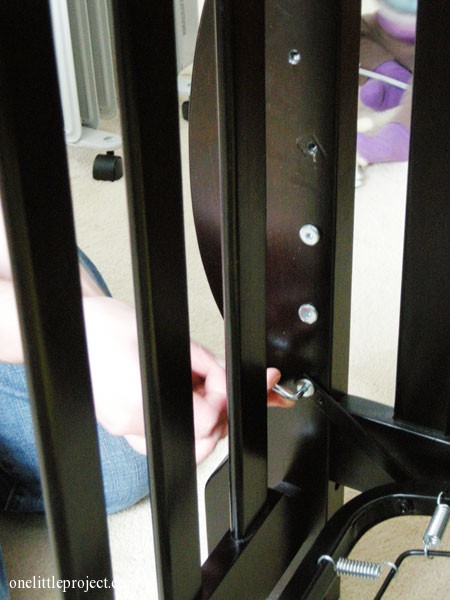 And replace the plugs where the frame used to sit: 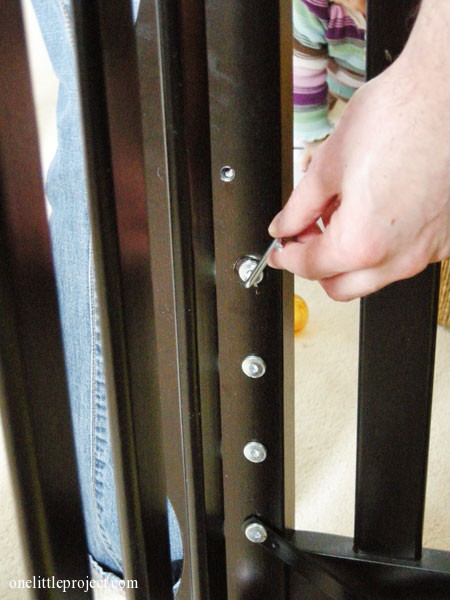 At this point my husband and his little “helper” decided that it would be easier on their backs to flip the crib on its side to repeat the process for the back two legs: 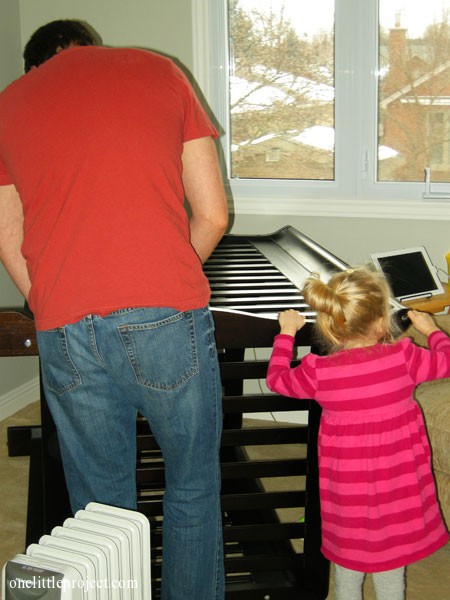 Remove and reinstall the screws of the back legs to the desired height as described above and put the crib back into position: 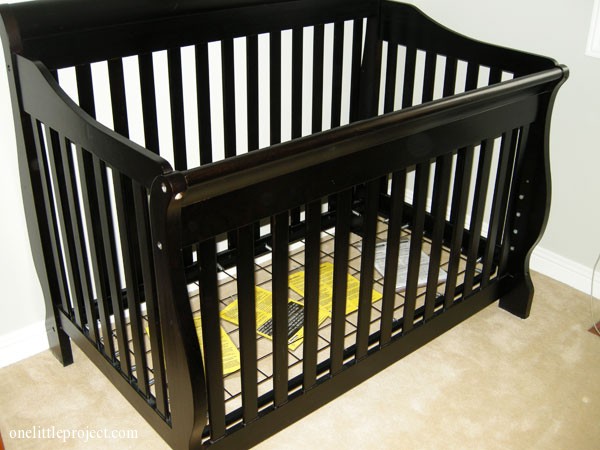 Then put the mattress back: 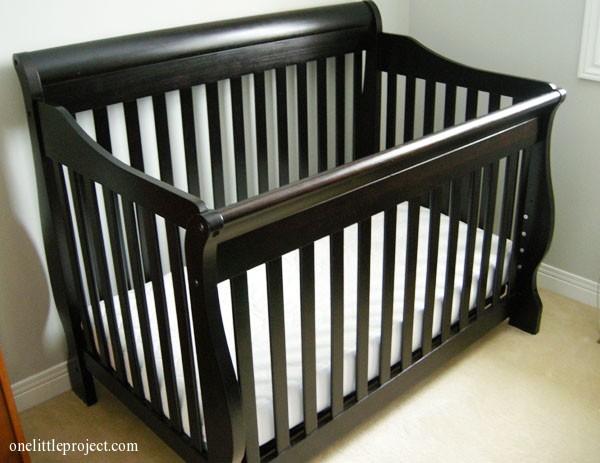 This mattress is LOW.  Way harder on my back to get her in there now!  There is no way she’ll be climbing out any time soon! 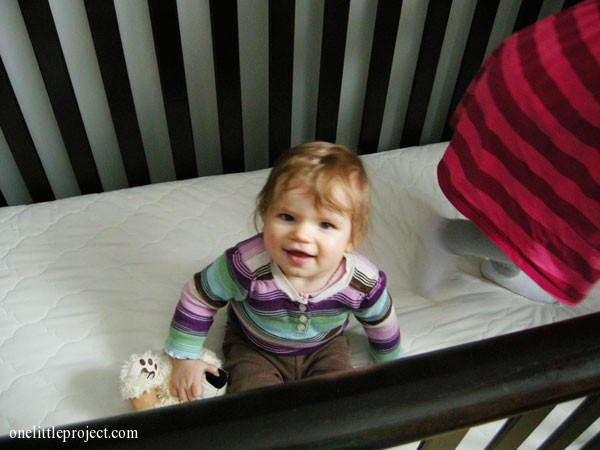 The poor thing can’t even reach the music buttons on her mobile anymore.  But oh well, all the more reason to practice those standing skills!