END_OF_DOCUMENT_TOKEN_TO_BE_REPLACED

You know when you see something on Pinterest (or Google, or a magazine) and you think, “Wow, that is a great idea!  I’m going to try that!”  Well, sometimes it’s easier said than done. 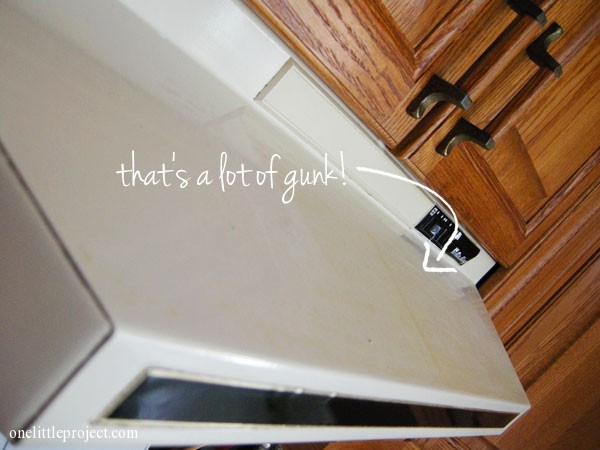 I came across an article about cleaning the oil splatters off your kitchen hood from The Manly Housekeeper.  The article said to put a little bit of mineral oil on a paper towel, and the oil splatters will just wipe right off.  Then looking into it I found another article from One Good Thing by Jillie saying she just used vegetable oil and it worked wonderfully for her kitchen hood, so I thought fantastic!  I’m going to give this a try! 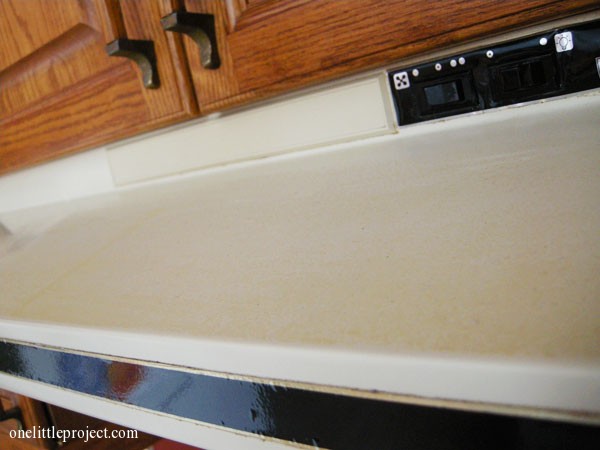 I was looking for a quick cleaning project today, and using a little oil on a paper towel seemed easy enough so I gave it a shot! 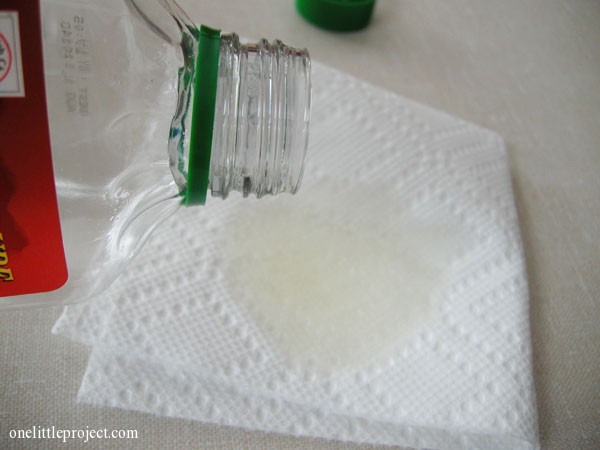 I poured a generous amount of oil onto the paper towel and wiped down the hood. 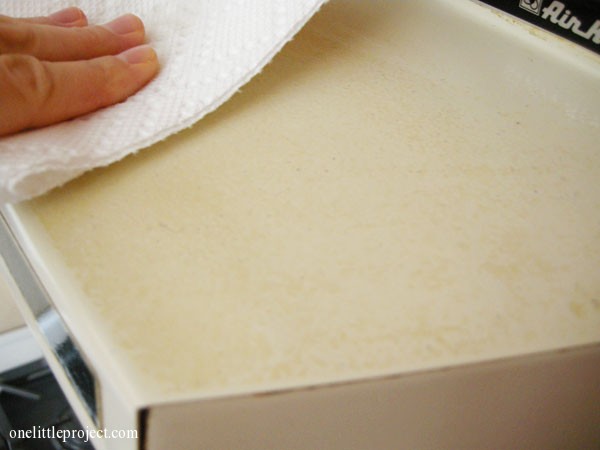 But nothing happened.  And the paper towel was falling apart, so I switched to a cloth hoping it would help. 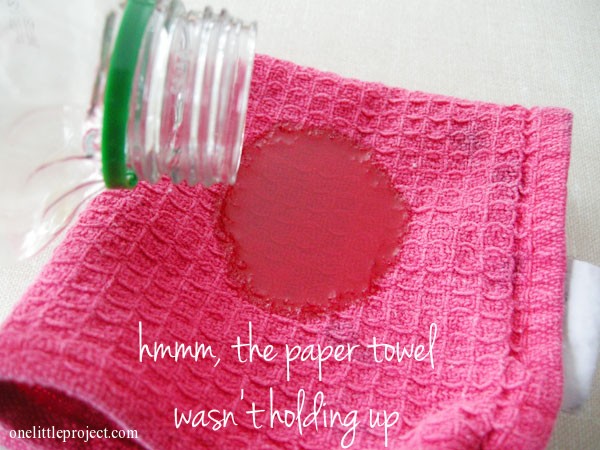 But it wasn’t doing anything.  I started scratching the gunk and it turns out it was really thick.  I’m guessing the gunk we inherited on our kitchen hood was about 25 years old.  Sadly, a little oil did NOT help get rid of it. 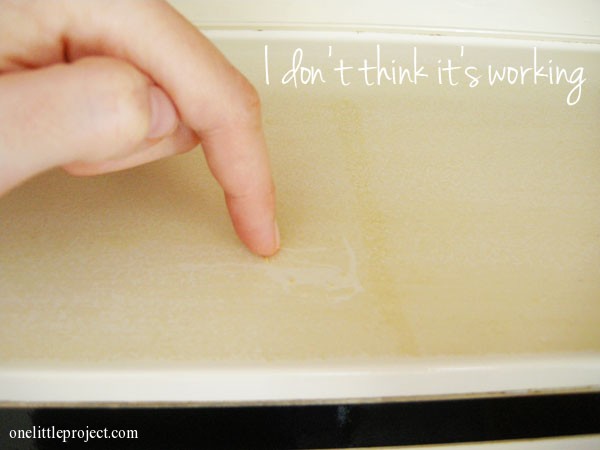 Remembering the homemade goo gone I made a couple weeks ago, I decided to mix the oil with a little bit of baking soda – roughly equal parts, but a little heavier on the oil side. 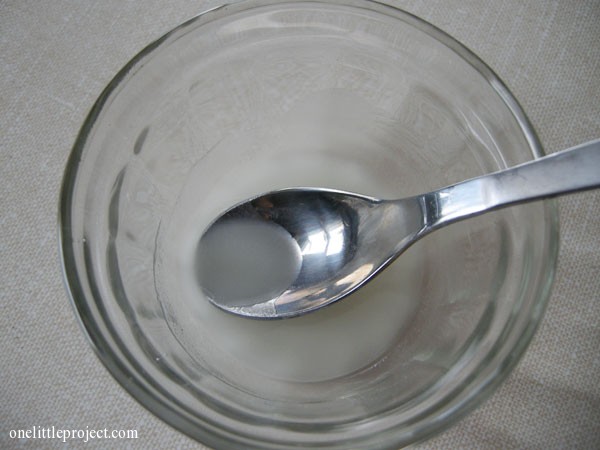 I drizzled it over the hood: 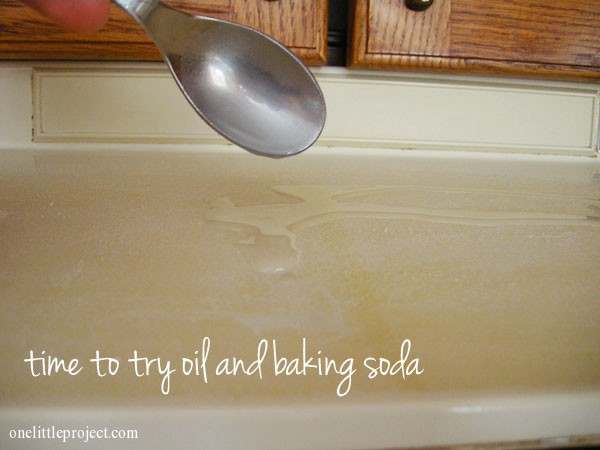 And scrubbed (I scrubbed A LOT!)  and it was starting to come off a little: 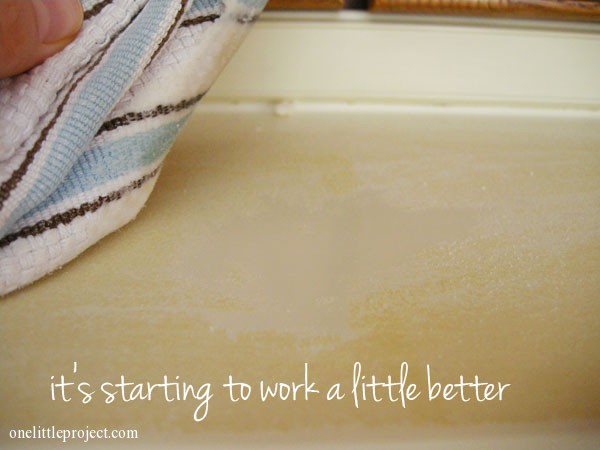 But this was not as quick a project as I had hoped.  And it certainly wasn’t easy!  Just look how bad it was when I scratched it off with my finger nail!  (Although, some of that is baking soda… I hope…). 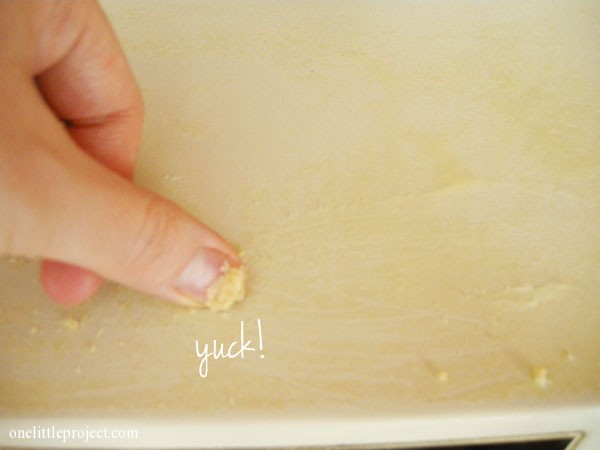 I scrubbed.  For about 45 minutes. 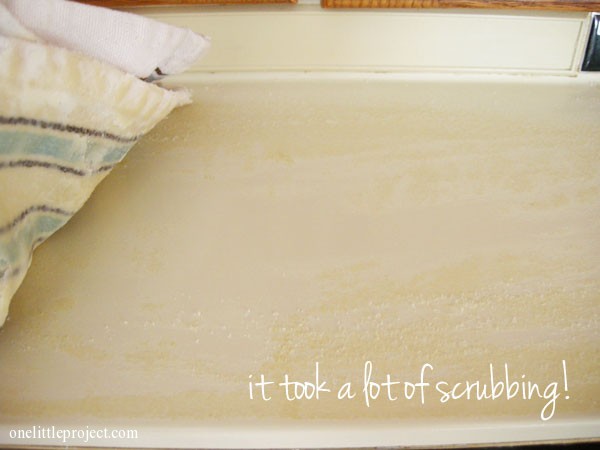 And when it was all gone, I wiped it all down with a soapy sponge to make sure all the vegetable oil residue was gone too: 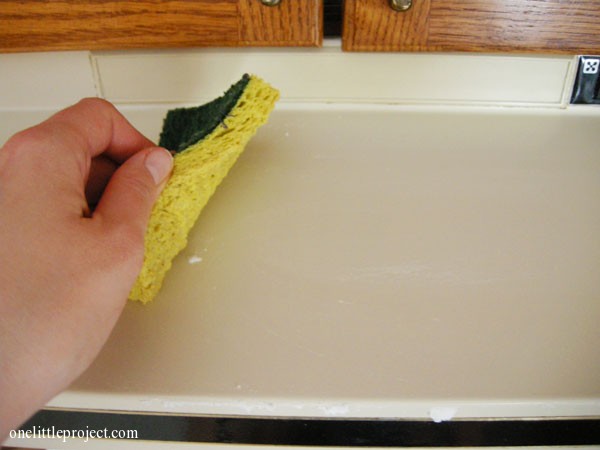 I would suggest covering your stove with a tea towel or something because it gets messy when the baking soda falls off.  Yes, I even tried scraping with a fork (not the greatest plan) and toothpicks (not overly helpful). 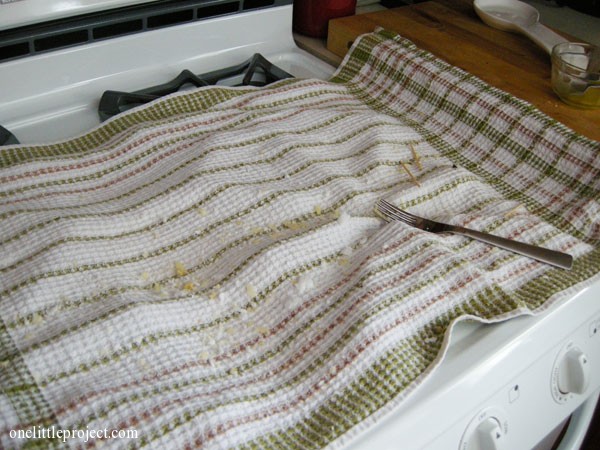 After boat loads of elbow grease, look how clean my hood is now! 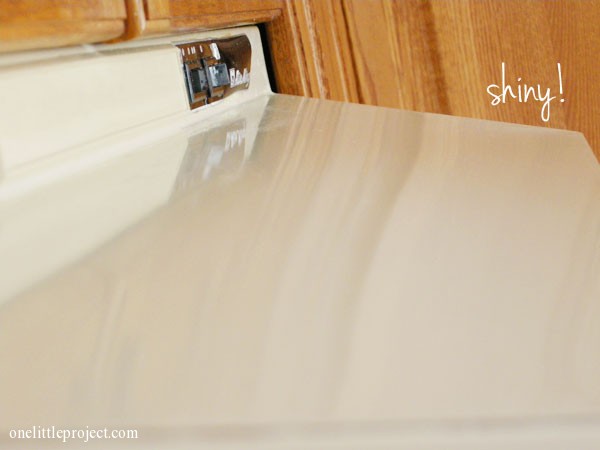 So again, here’s the before:

And here’s the after: 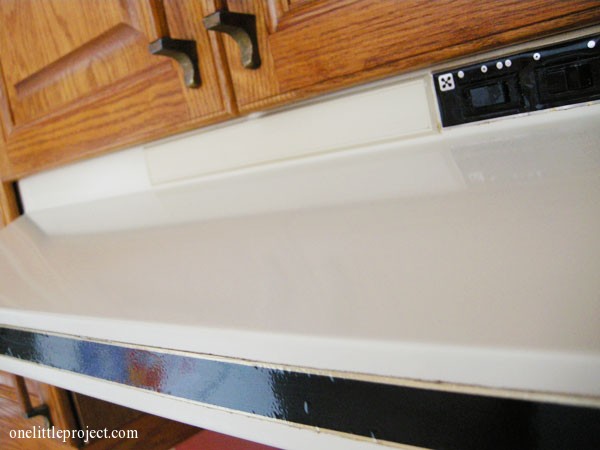 Yes, it’s still an old hood, but it works, so we aren’t getting rid of it quite yet.

I think if you have only a little bit of oil splatter gunk on your kitchen hood that the fighting oil with oil technique might work better.  By all means, it’s so easy, why not give it a shot?!  But with 25 years worth of build up, disappointingly, it did absolutely nothing for mine.

My arms are a little tired, but on the bright side we got rid of the previous owners’ dirt and my kitchen hood is now gleaming!