END_OF_DOCUMENT_TOKEN_TO_BE_REPLACED

The gourmet lunch we had at work a couple weeks back was amazing!  I’ve been talking about it for awhile now, and I already shared the menu here, but today I’m going to share the photos.  We had a great group of people contribute to it and I was so impressed with how everything turned out!  I’m not going to lie, it was a lot of work for everyone.  Especially when you have to multiply it to feed at least 20 people.

Everyone who had to make something got a recipe that they were supposed to follow.  You can download a pdf of the full menu with most of the recipes here: Gourmet Lunch Recipes 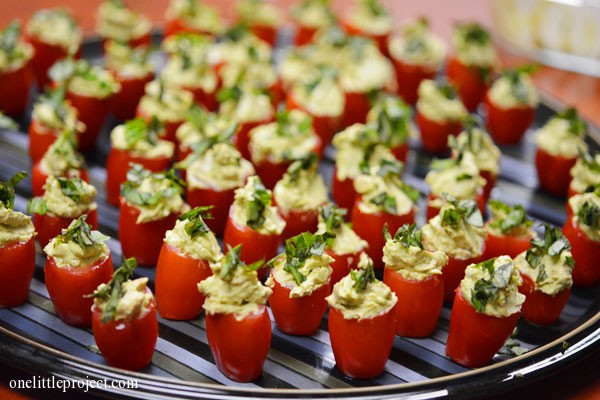 These were supposed to be figs and blue cheese, but figs were no where to be found in our city!  I was very impressed that our student was able to improvise at the last minute.  He brought in stuffed mushroom caps. 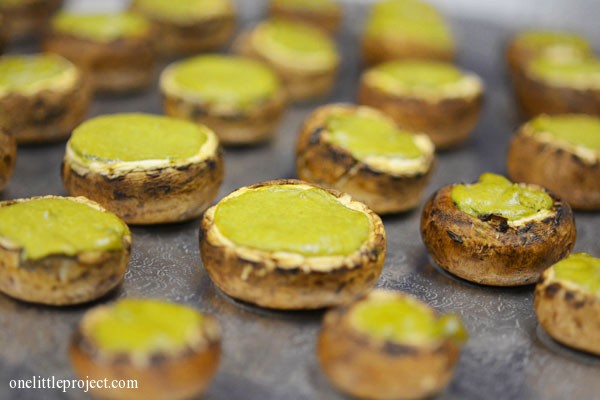 I’m still going to post about these antipasto skewers, but man were they ever good!  It took three of us to assemble them all at the last minute, but it was totally worth it! 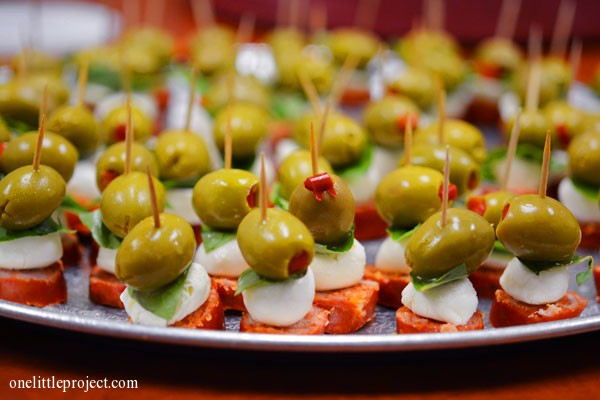 One of my bosses brought in the drinks.  The peach margaritas were a little stronger than I was expecting (darn random recipes from the internet!), but no one was going to complain about that!  The watermelon lemonade was light and refreshing to balance it out. 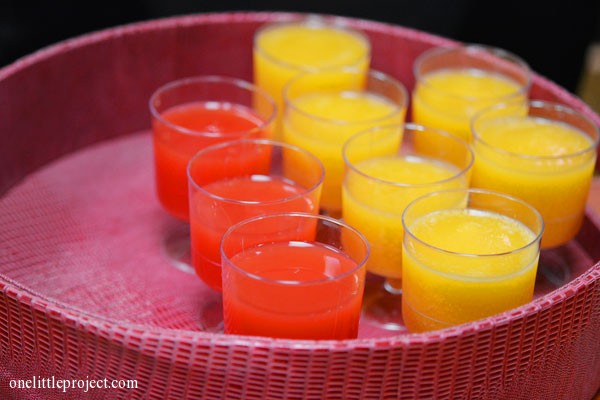 Yes, it’s nothing but the highest standards where I work.  Dollar store table cloths were pinned to the picnic tables with push pins, and then we set out the dollar store silverware.  Not exactly as fancy as I’d do at home, but, hey, it was pretty good considering we were at work! 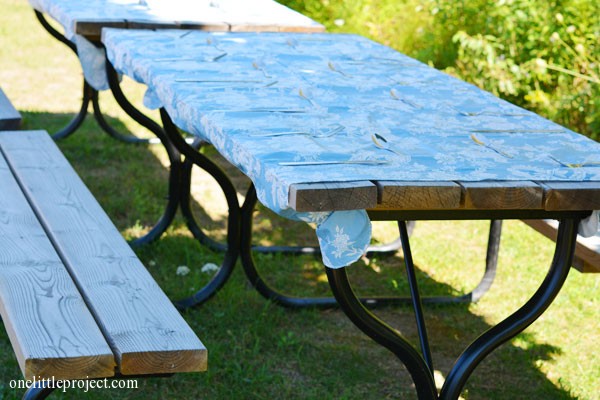 This was the carrot ginger soup, one of the only hot dishes that we served, since it’s pretty easy to heat up soup in a crock pot.  Notice I finally figured out how to get cream swirls not to sink to the bottom of soup!  (See how to make cream swirls on soup here). 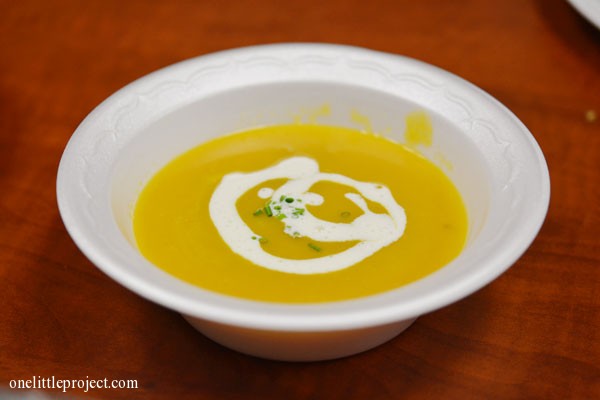 The main course was tarragon chicken salad, bbq pork skewers and whipped feta crostini.  The bbq pork skewers were the only other warm item.  The guy who put them together ran home 20 minutes before lunch, threw them on the bbq and brought them back.  I wasn’t sure how the tarragon chicken salad was going to turn out, but it was delicious!  I would definitely make it again. 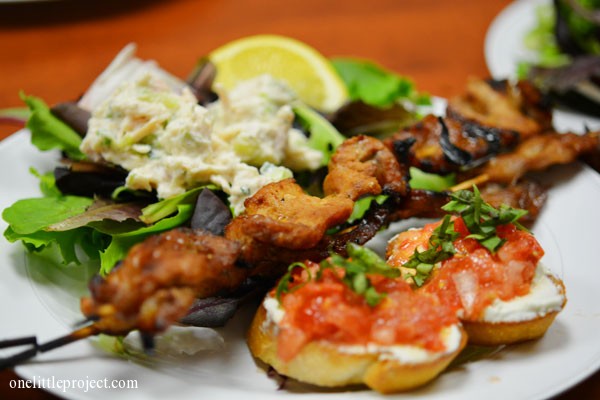 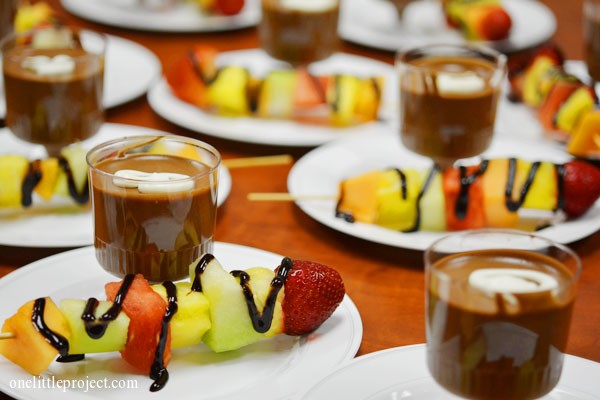 And there you have it!  A delicious gourmet lunch for twenty, put together by seven people.  After we added everything up, it cost about $35 each for the ingredients, but only about $13 per plate, which really isn’t bad at all!  We all split the bill, so that no one person was stuck with an enormous cost… except my boss, who graciously offered to cover the cost of the drinks.  But thanks to him, we all had just a little happier of an afternoon.  😉